Last night, the MTA posted a video of the cleanup effort going on inside the Hugh Carey Brooklyn-Battery Tunnel, which had reopened just the day before after a monstrous flood.

It is a burgeoning genre, after the MTA gave the L train tubes the same treatment—not every effort got a star turn, just the slow ones, as though to say, “Look, we’re workin’ on it.” That and the jaw-dropping ones, like flooding inside the (still-closed) South Ferry subway station (and the cleanup). 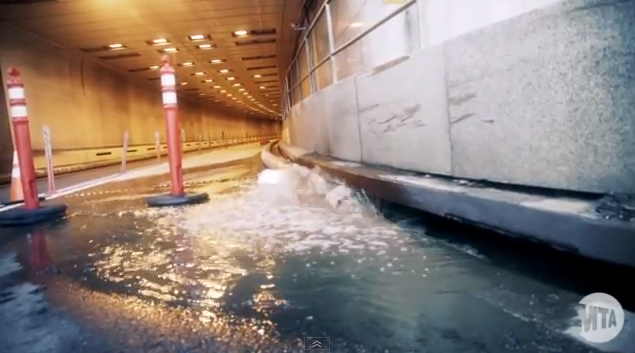