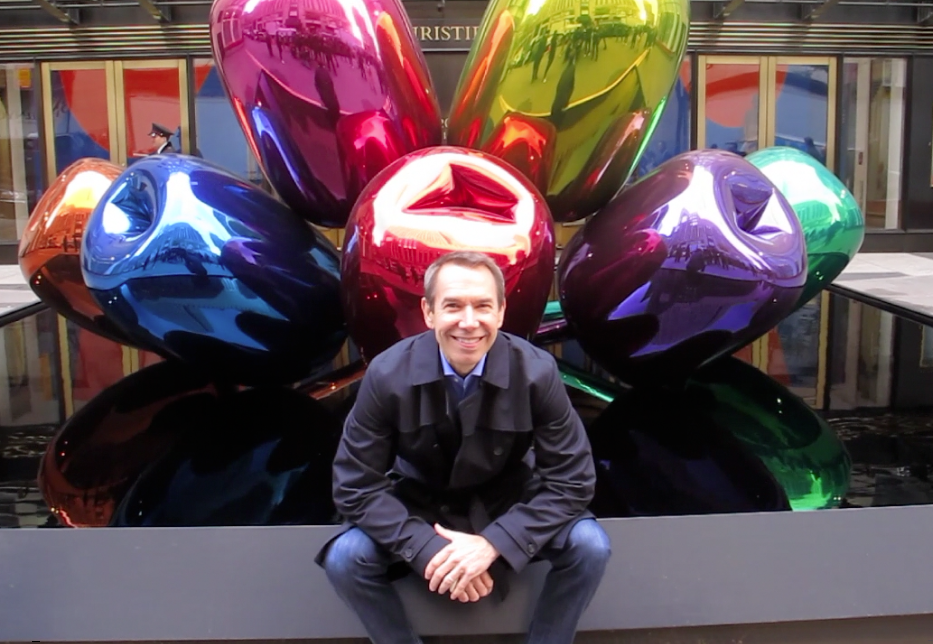 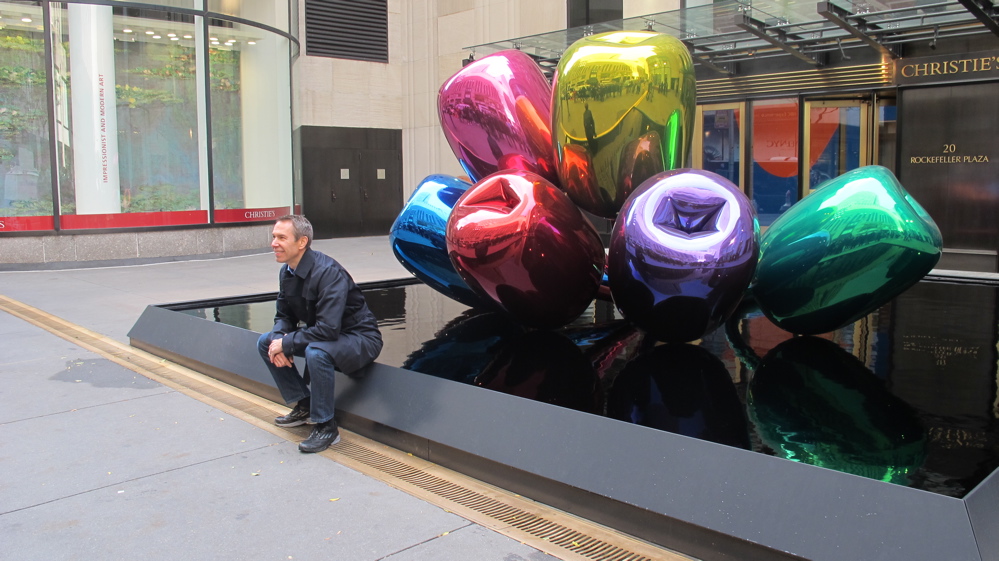 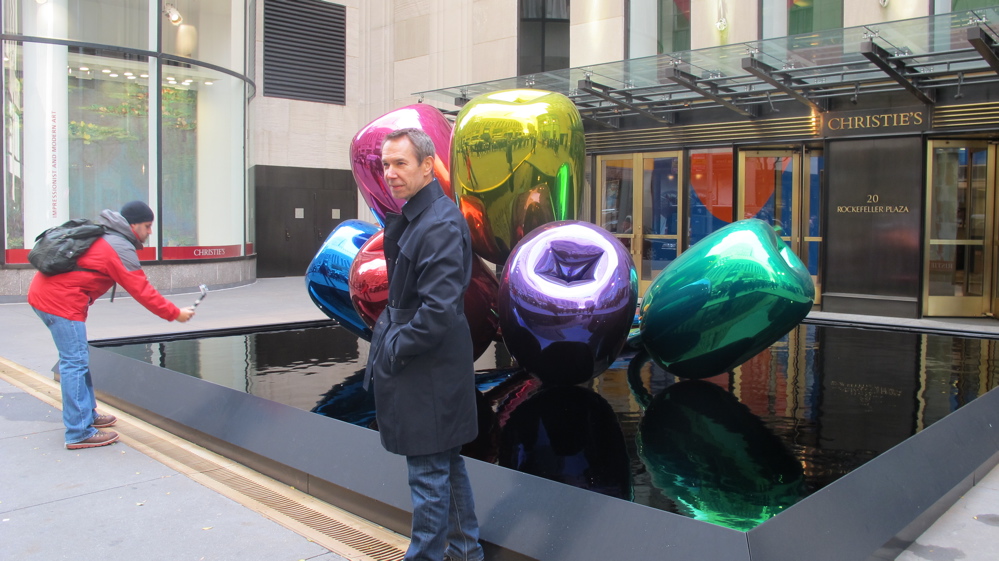 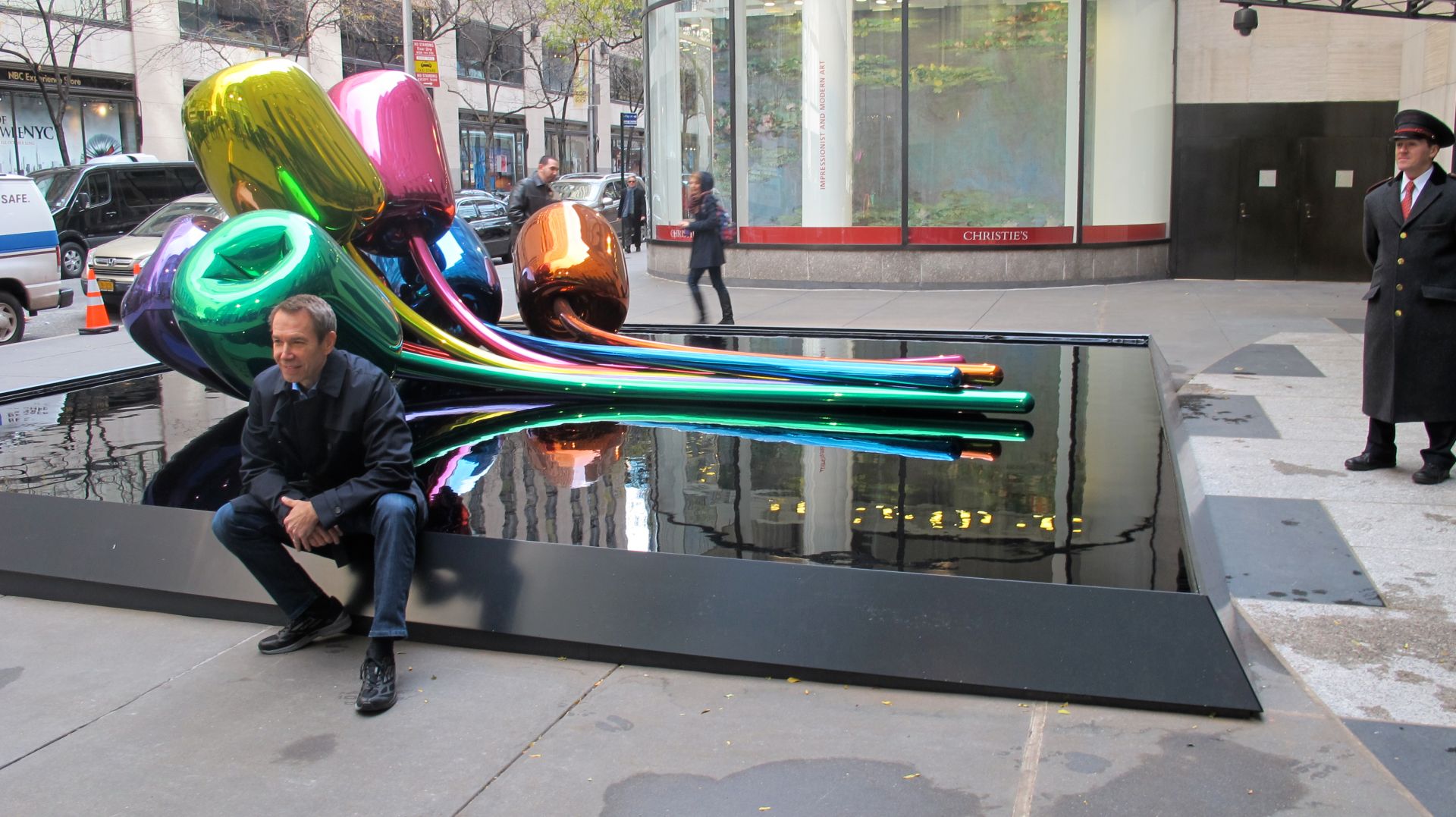 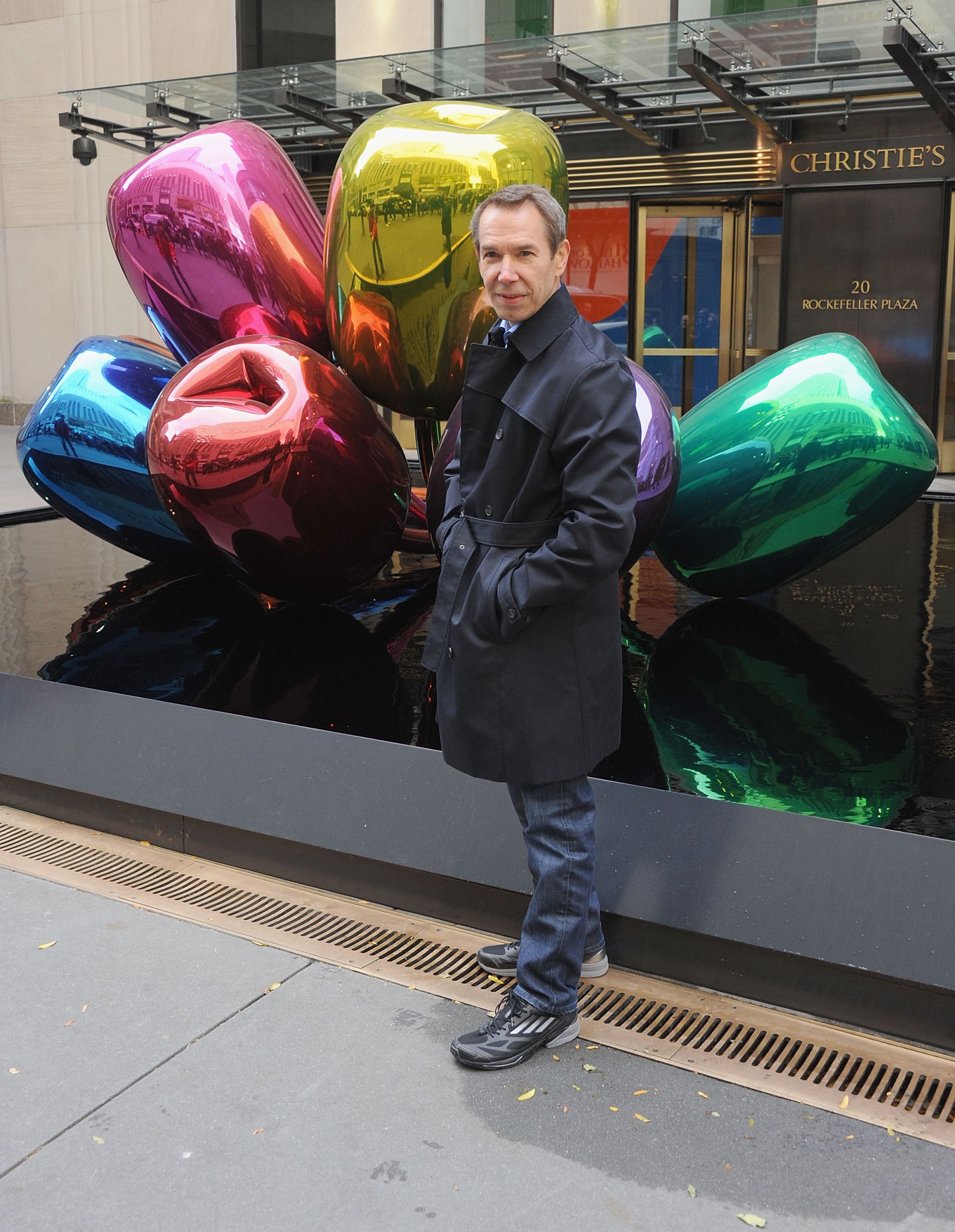 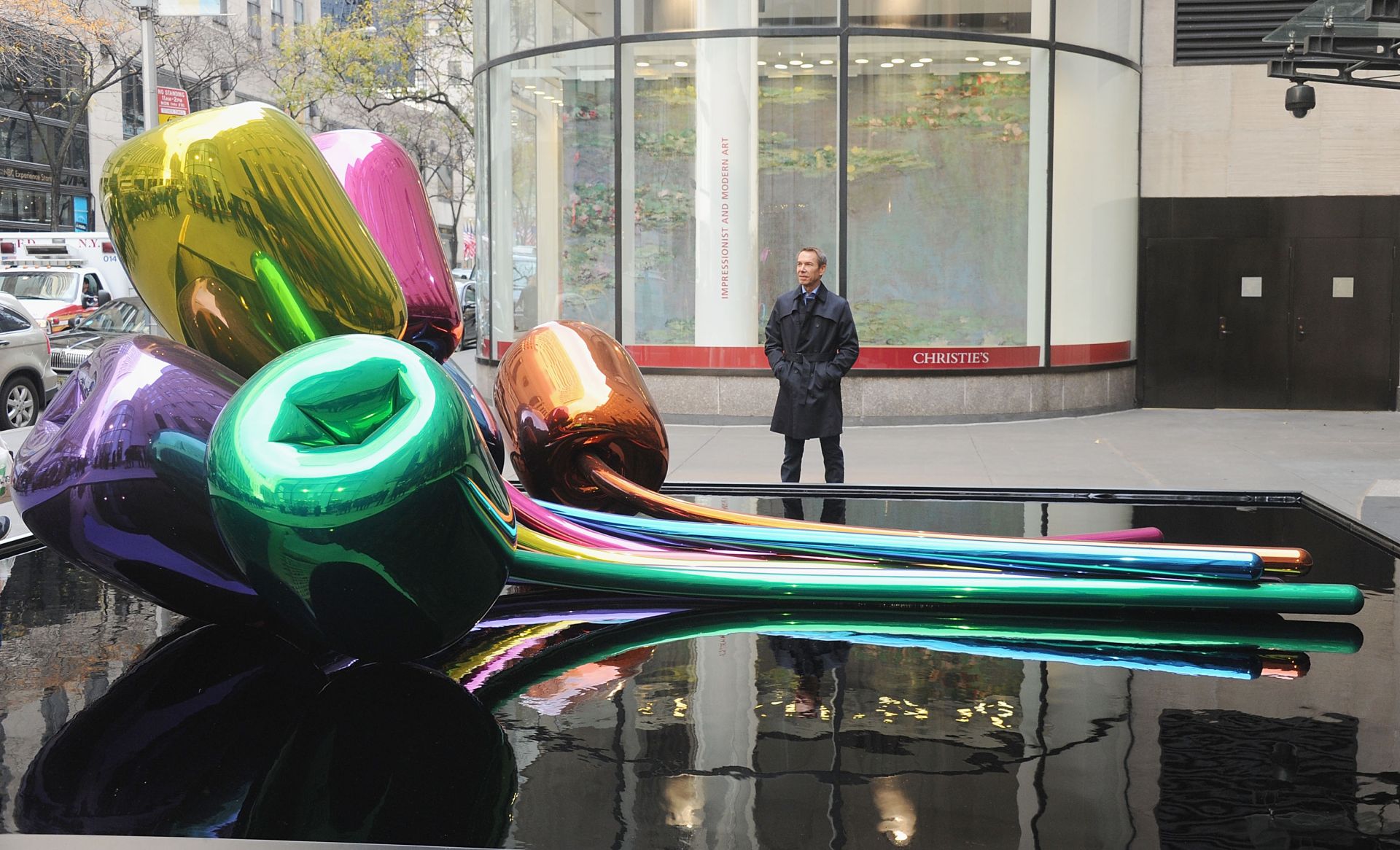 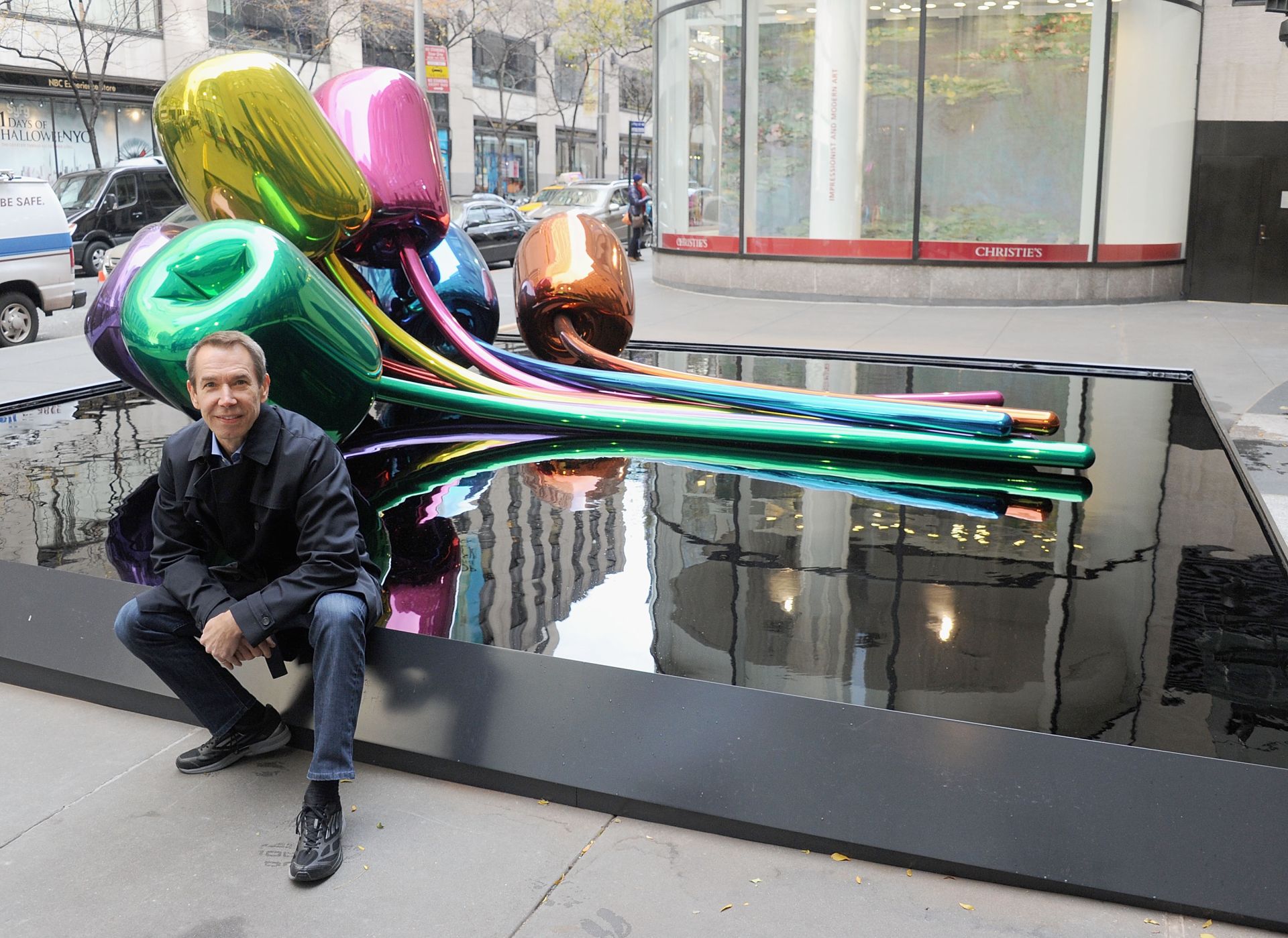 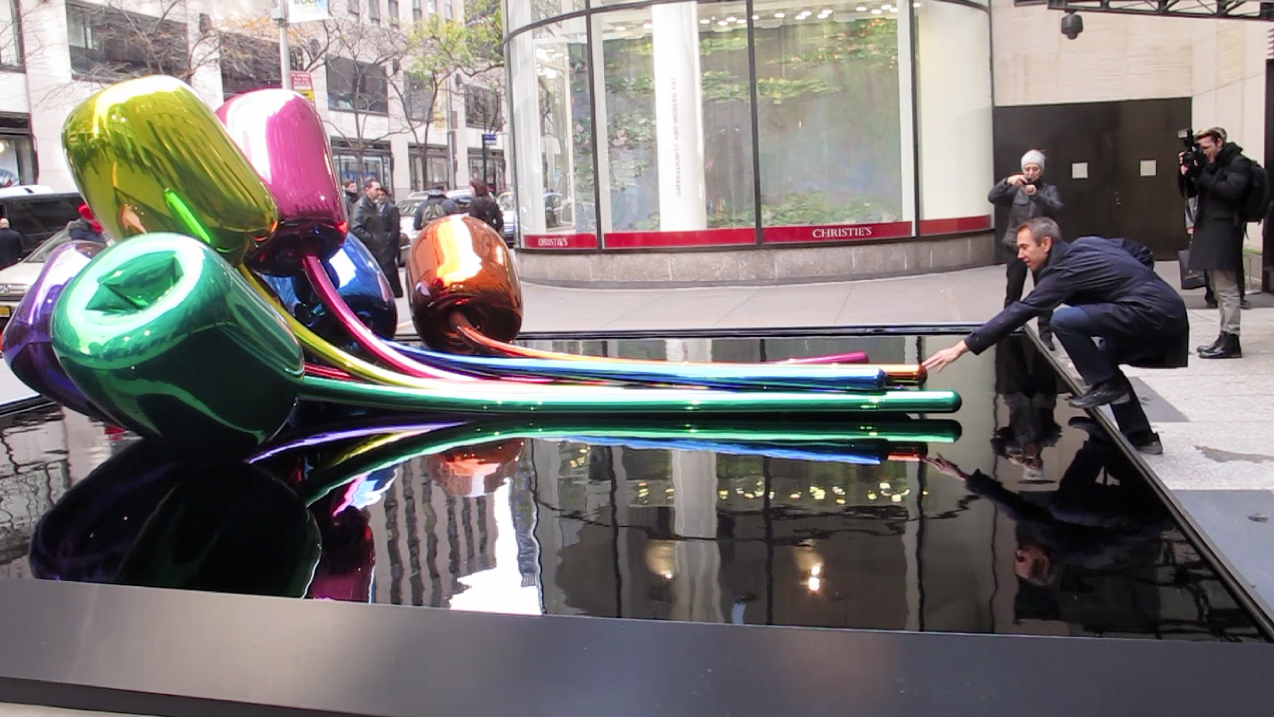 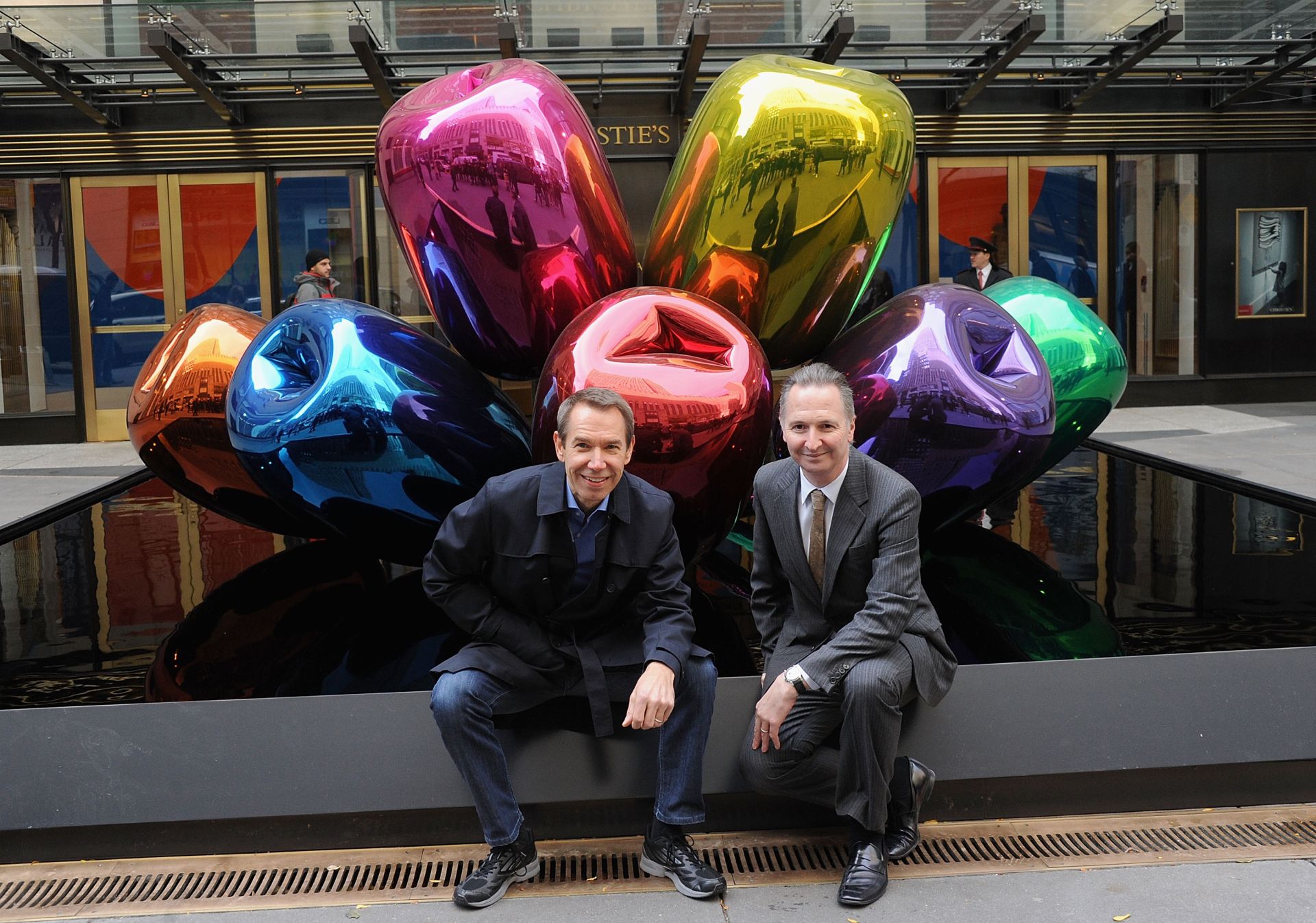 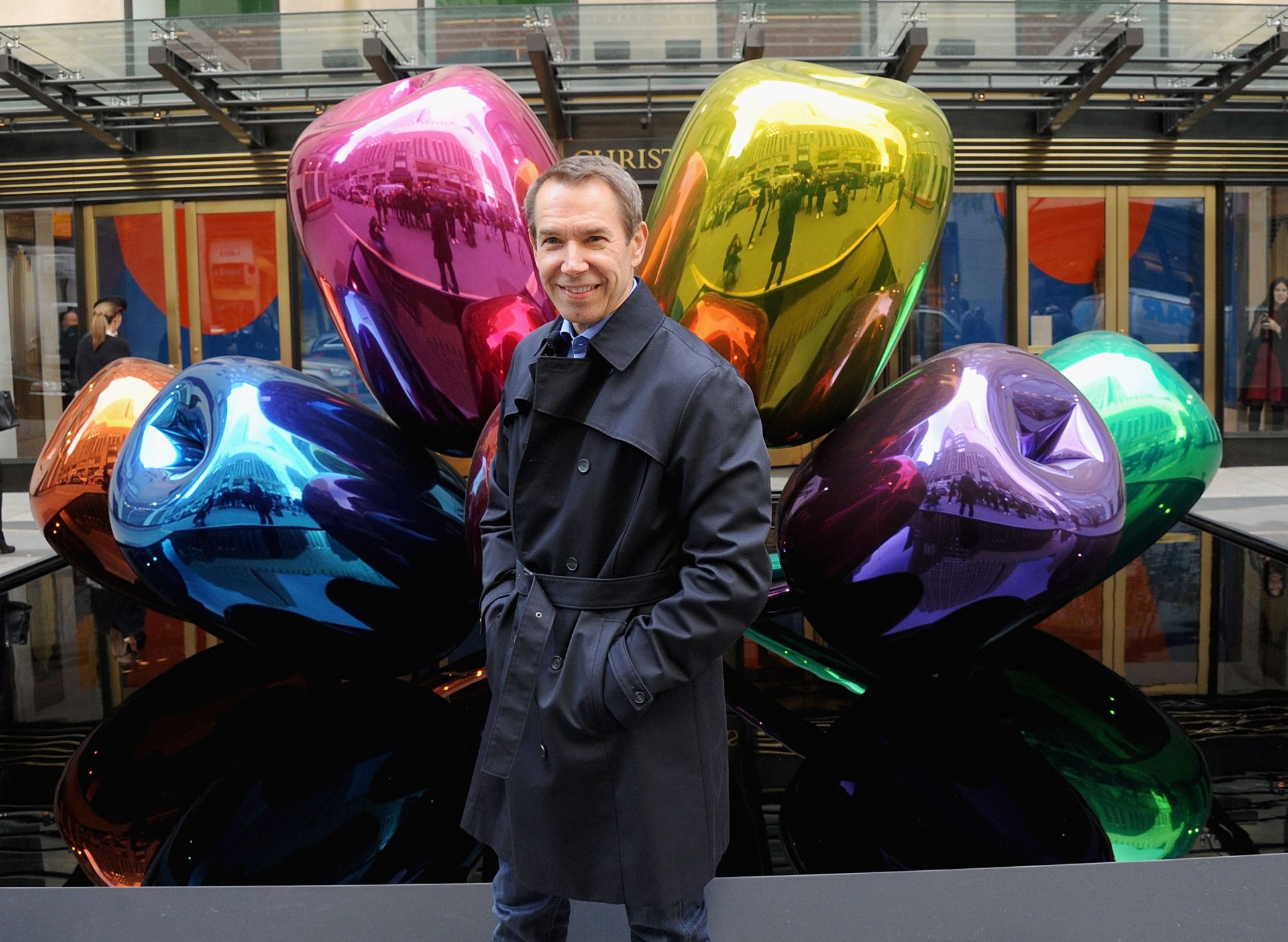 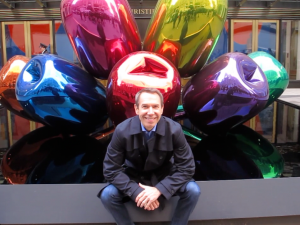 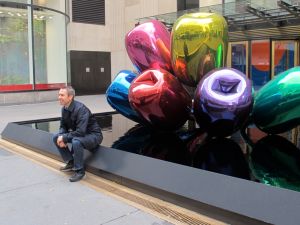 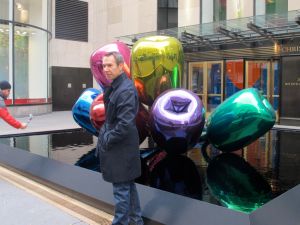 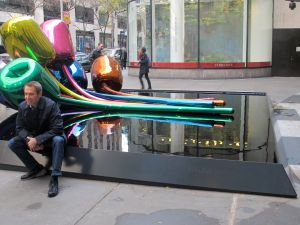 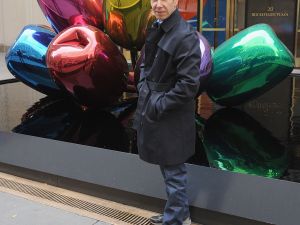 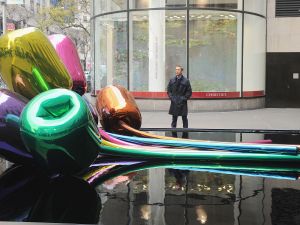 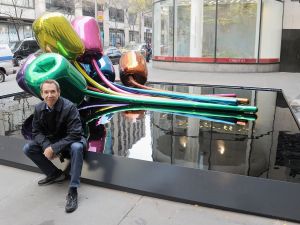 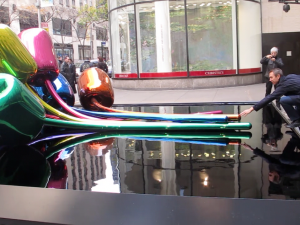 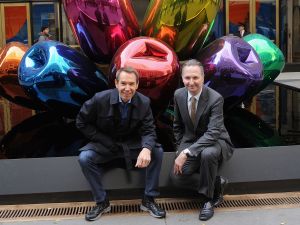 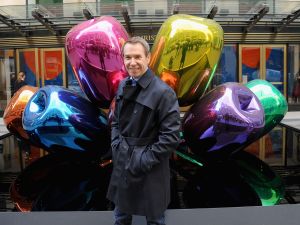 “Were you waiting for someone?” Jeff Koons asked a scrum of photographers this morning, as he walked up to his sculpture Tulips (1995-2004), which has been installed in a black pool outside Christie’s in Rockefeller Center. The sculpture, seven tulips of varying colors fabricated from mirror-polished stainless steel in an edition of five, is part of Mr. Koons’s “Celebration” series and is expected to bring in between $20 million and $30 million at Christie’s Post-War and Contemporary Art Evening Sale on Nov. 14. Until then, the enormous gleaming bouquet, which Christie’s in a statement called the artist’s “most complex technical creation to date,” will remain on view for the public to take in.

While the creation of the sculpture might be over, Mr. Koons is nonetheless still hard at work on crafting and maintaining his image. Despite having a broken wrist, which was in a cast (the result of a horseback-riding incident), he was charming and upbeat, much like a professional model, seeking the best angle, variously standing or sitting, feigning at turns surprise and conviviality, and even giving us some pointers: “Come around from here,” and, “I can stand over there.”  Mr. Koons once again proved that he is his own greatest creation.