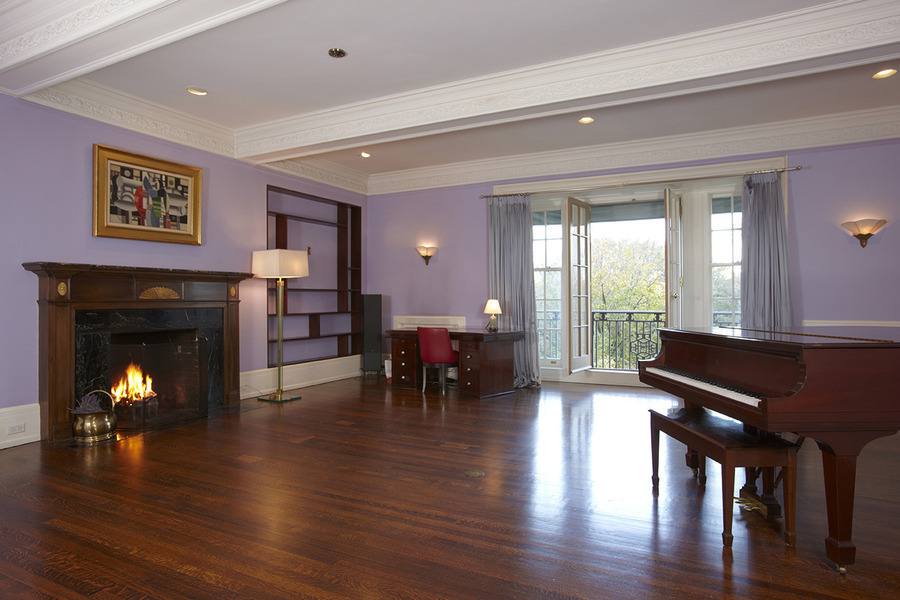 Madonna preserved the architectural details of this apartment beautifully. But it didn't stop her from painting the place lavender. 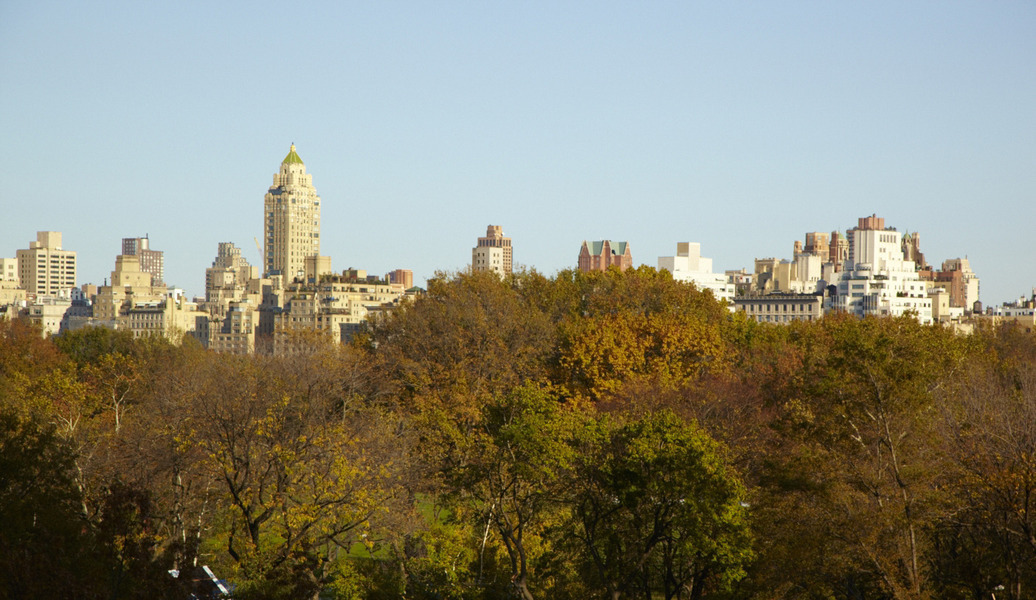 The view from the 5th or the 6th floor. Nice and leafy but not as breathtaking as some. 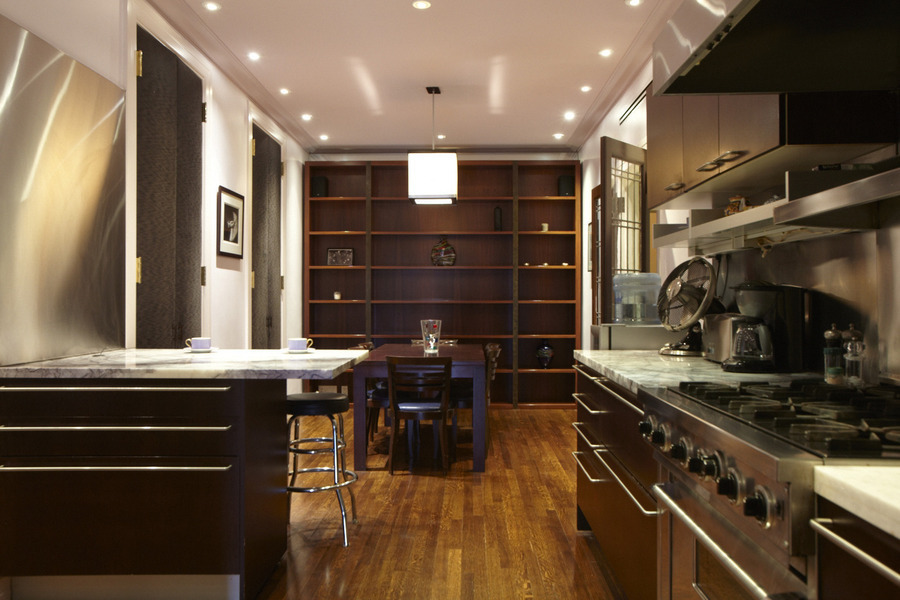 The kitchen is intense. This must be where Madonna prepares her anti-aging serums and protein shakes. 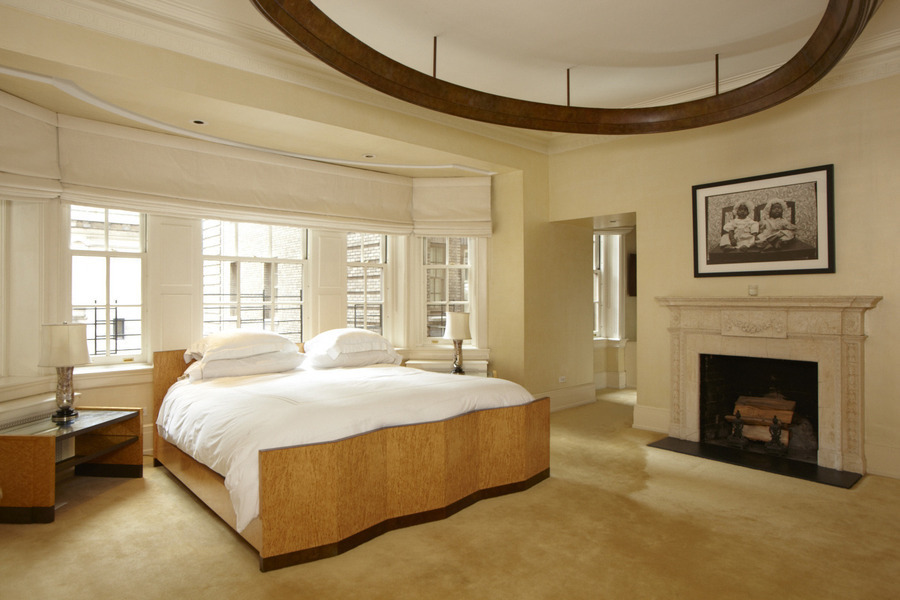 The master bedroom isn't what we would have expected for Madonna, but it seems strangely fitting.
Advertisement 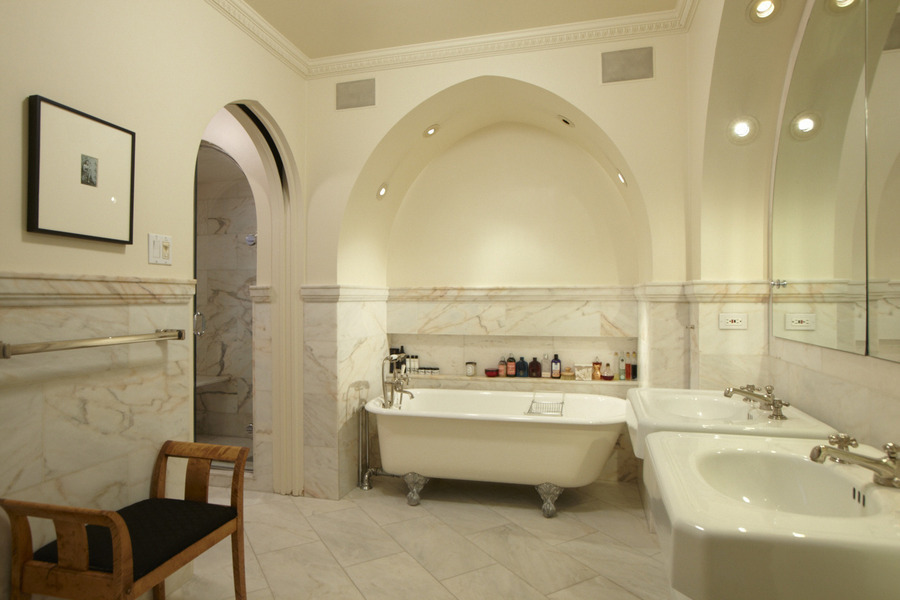 The bathroom. Well-lit so Madonna can carefully eliminate or hide any signs of aging before leaving the house. 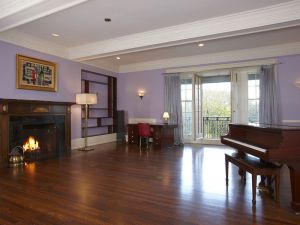 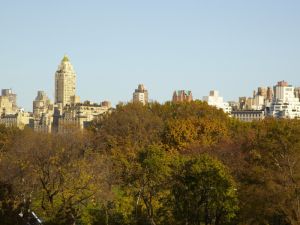 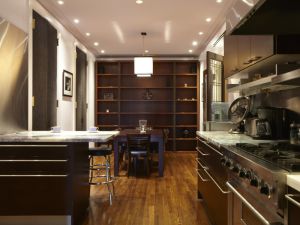 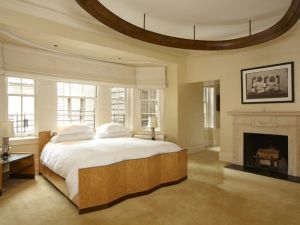 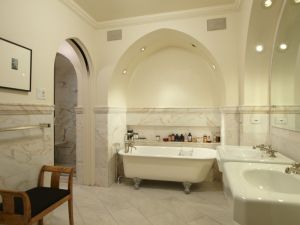 Madonna has gone through so many reinventions and costume changes over her career that it’s actually quite shocking to learn that she’s stuck with the same piece of scenery at 41 Central Park West since the early 1990s.

Now, the pop megastar is finally selling, reports The New York Post. That is, if she can find a buyer willing to pay $23.5 million for her 6,000-square-foot spread at Harperly Hall. Central Park West is a desirable address, to be sure, but Harperly Hall is not the San Remo, the Beresford, the Dakota or even the Majestic. And the building’s biggest asset is moving out—her presence was said to have added 25 percent to the value of other units in the building.

Not that her neighbors appreciated the benefits of her price-raising presence. The New York Times reported that building residents were so irked by the paparazzi and fans mobbing the front doors that Madonna was forced to use a back entrance. Then, in 2007, Madonna sued the co-op board for blocking her purchase of an additional unit next door. After settling she bought apartment 7A upstairs—an extended middle finger of a real estate deal—which is not included in this offering. Peace and quiet did not follow. In 2011 she settled a lawsuit with her upstairs neighbor, who claimed the famed entertainer blasted music and danced incessantly. (She is Madonna!)

Indeed, we expect her decision to hang onto the duplex, the first half of which she purchased with ex Sean Penn after being snubbed by the San Remo board, had more to do with grim determination than any remaining love for her lavender-hued, vaguely art deco pad. She hasn’t really lived in the apartment since 2009, when she spent $32 million on a 12,000-square-foot East Side townhouse.

Still, the Harperly Hall co-op, listed with Brown Harris Stevens broker Arabella Buckworth and Adam Modlin of the Modlin Group, is one hell of a spread, with 6 bedrooms and eight baths, including one that resembles a chapel with high ceilings, arched alcoves and vast marble surfaces (we’d expect no less of the famed provocateur). It has almost 110 feet of Central Park frontage but unfortunately, the view from the 5th and 6th floors is mostly of foliage—charming, but not the kind of vantage point that commands top dollar. Bonus points for the Juliet balconies with French doors and wood burning fireplaces though.

The new owners can also look up an old Architectural Digest article to learn how Madonna outfitted the basically empty apartment. Or check out the very 1990s art deco aesthetic favored by the recording star and her brother, who handled the design.

“Meticulously designed to accord both privacy and expansive entertaining in equal measure, every aspect of this home is impeccable,” crows the listing. Just don’t blast “Like a Virgin” while you practice your dance moves or the upstairs neighbor will sue.