Internet treasure hunts are nothing new, just take a look at Geocaching for proof of that. But this week, Ke$ha, the auto-tuned Illuminati supporting pop sensation, launched an online treasure hunt for her fans. The goal is for them to unlock songs from her upcoming album Warrior.

A new location is revealed when enough Animals (Ke$ha’s special name for her legion of fans) tweet using the hashtag, #KESHAWARRIOR. Then it’s up to fans to find that location in real life, unearth the clue hidden there and let Ke$ha know via Twitter.

One clue was found yesterday by Justin Pease, whose Twitter bio describes him as a “Florida boy turned Hollywood professional.” He followed Ke$ha’s clue to a 7-Eleven. After Ke$ha acknowledged the clue, she explained that the 7-Eleven was where she “used to get slurpees at and spike them” and then “sneak into metal shows.”

A few minutes later, Ke$ha unlocked a song called “C’mon,” which went up on iTunes this afternoon.

The site was made by Los Angeles marketing studio The Uprising Creative and the Chicago design firm Built By Eande. Instead of using Google Maps or Bing Maps, the site uses Leaflet, an open-source JavaScript map specially outfitted for mobile devices.

Ke$ha, now a champion of open source coding, is “feelin’ like a sabertooth ti-grr and sipping on a warm Budweis-er.” 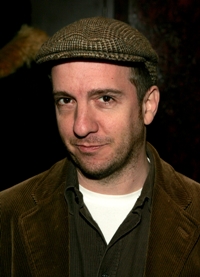