MIDDLETOWN – Better now from a name ID standpoint than before.

That’s how state Sen. Joe Kyrillos (R-13) assesses his unsuccessful bid for U.S. Senate against U.S. Sen. Bob Menendez (D-NJ) in the face of critics who say he didn’t run hard enough or throw sufficient elbows at the incumbent.

Appearing fit and in good spirits, Kyrillos waves off the criticism.

“Well over $5 million raised, 8,000 donors, a massive email list, tons of friends. In every way I feel I’m better, stronger than I was before,” Kyrillos told PolitickerNJ.com in the American Diner on Route 35 yesterday.

“I’m immeasurably better than I was in January when no one knew me,” he added. “We ran a serious, disciplined effort.”

Never expected to win, Kyrillos said his plan to make it close went awry in the closing days because of Hurricane Sandy. But PolitickerNJ.com reported last week on disappointment among high level GOP sources among those who say Kyrillos needed to attack Menendez more convincingly.

Patrick Murray, pollster and political scientist with Monmouth University, agreed with the criticism.

“The margin of Menendez’s victory over Joe Kyrillos is where the polls were before Sandy hit,” Murray said.

“It was a bad campaign,” he added.

There are still signs around here of the devastation wreaked in Kyrillos’s home county and in Ocean County, another critical GOP voter base. When he launched his campaign Kyrillos said he knew he would need a number of things to break his way in a state where Democrats number 700,000 more in registration than Republicans.

It wouldn’t have hurt had Gov. Chris Christie run for president.

“I would have looked like a genius,” he said.

As it was he needed Mitt Romney to do better; instead Romney summoned a poorer percentage in losing New Jersey than John McCain in 2008.

“We needed a perfect storm and instead we got Hurricane Sandy,” insisted Kyrillos, who surmises that Sandy took as much as a 10-point chunk out of him on his way to losing by 20 points to Menendez.

He was loading up $1 million in advertising for the home stretch that the storm nullified.

“The president came to the state in a very dramatic way and handled this hurricane. Had I known Mitt Romney would lose the state the way he did, I probably wouldn’t have run,” he added. “But I’m glad I have it under my belt. Not too many people in the history of the republic have run for the U.S. Senate. To win, you’ve got to play the game.”

He said the national tide against the GOP worsened his plight from a financial standpoint. Republican Senate candidate meltdowns in Indiana and Missouri forced Kyrillos’s old friend, Romney, more fervently into stop-the-bleeding mode. There was no time for New Jersey anymore.

“In a presidential year, it comes down to the top of the ticket performing,” Kyrillos said.

Movement conservative state Sen. Mike Doherty, (R-23), who might have run for the U.S. Senate this year had Kyrillos decided he didn’t want to pursue the seat, didn’t blame his colleague for the loss margin to Menendez.

“I like Joe a lot; Joe’s a good guy and honorable public servant,” Doherty said. “Joe was hamstrung by the guy at the top: Romney. You know, I supported Ron Paul for president. Ron Paul had the club to beat Barack Obama. Romney is so tethered to Wall Street, he couldn’t criticize Obama kissing Wall Street’s ring. Republicans are caught in this time warp. We need to stand for the middle class and the messengers are standing up for Wall Street and the rich guys. Joe was trapped in all of that.”

In Republican stronghold Ocean County, Kyrillos actually performed poorer than Romney and the combined totals of incumbent congressmen whose districts comprise Ocean. Romney received 127,000 votes, as did the three Republicans who occupy portions of Ocean, while Kyrillos scored just 115,000.

Those are unofficial numbers, as Kyrillos points out.  “There are still 15,000 unaccounted for votes in Monmouth County alone,” he said.

“First of all, you have to attack the incumbent,” Murray said. “You have to say the incumbent is not doing a good job. Thirty percent of voters had no opinion of the incumbent. You have to make that a negative. You have to take unpopular votes and let people know about them. He never did that. And this is something he needed to have done early on. Then he needed to have said ‘this is what I have accomplished.’ From watching this campaign, the only accomplishment I can discern about Joe Kyrillos was that he has a nice family and his parents were immigrants. When they did finally attack, they used Jon Corzine, who is now totally irrelevant.

“And you need a ground game to complement the messaging,” Murray added. “I was shocked that Kyrillos didn’t have one.”

For their part, Kyrillos and his pollster Adam Geller said they needed more money to run earlier defining negative ads on Menendez. The candidate also blamed a diminished press corps, which didn’t cover the contest with any sustained intensity.

He hasn’t made a determination about next year, whether or not he will run for re-election in his home district. He needs time and distance from the statewide campaign, but he probably will.

“I have an inclination to do it,” Kyrillos said, “because of the way my district was impacted by the storm.” 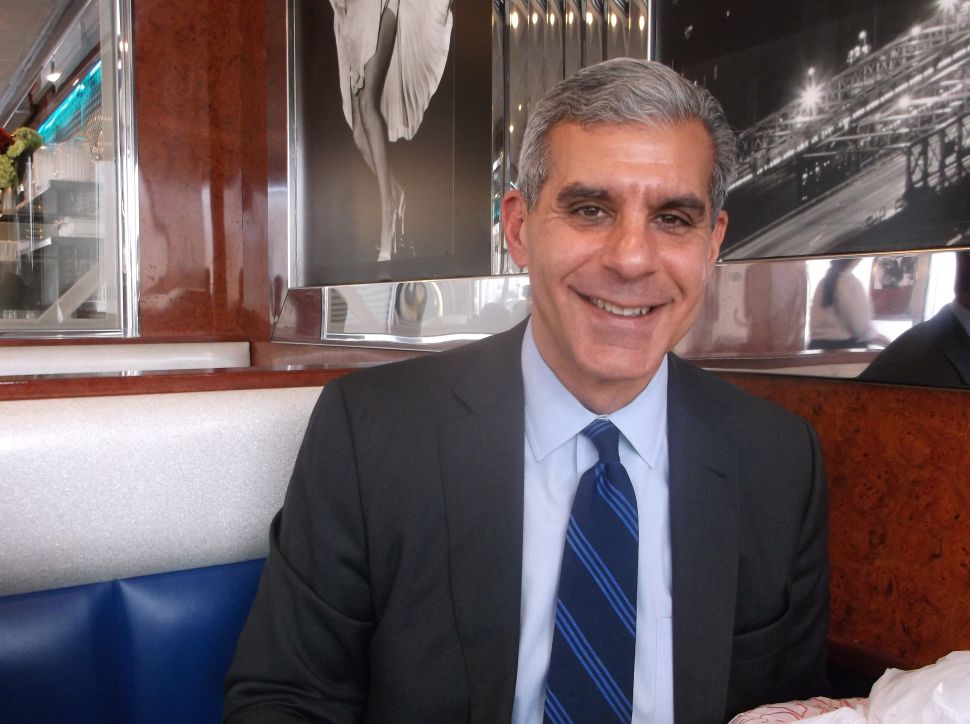