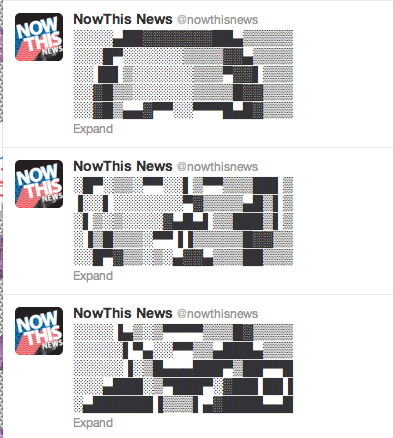 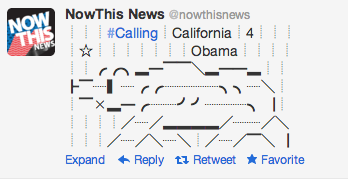 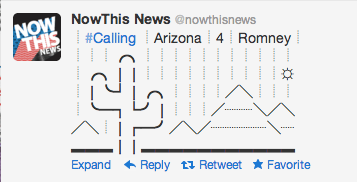 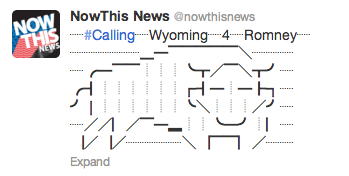 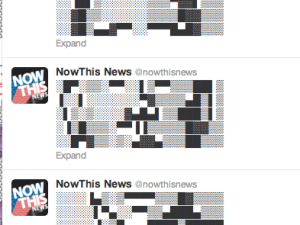 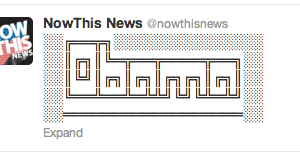 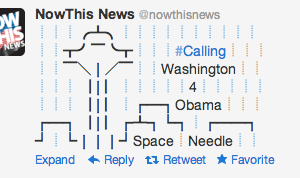 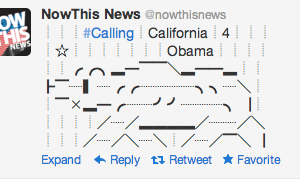 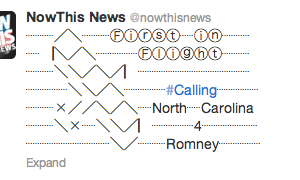 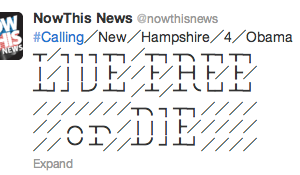 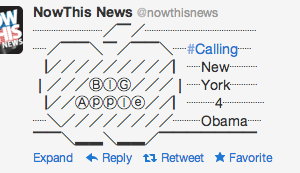 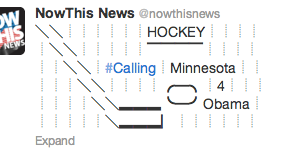 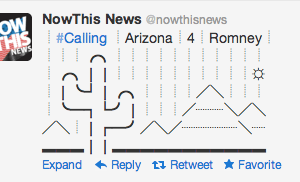 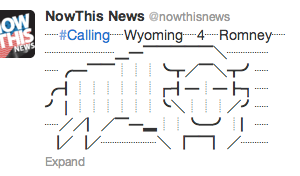 NowThis News, the recently launched video news site created by ex-HuffPo founders Eric Hippeau and Ken Lerer, opted for an old-fashioned approach to deliver election results on a new-fangled platform. As the tweets poured by at an impossible-to-follow rate, NowThis News stuck out with a very web 1.0 approach: ASCII art.

The NowThis site (formerly called Planet Daily) currently pulls in newsy video clips from sites like Twitter, Facebook and–most typically–Buzzfeed, another Lerer Ventures portfolio company. The company’s Twitter handle, @NowThisNews, is run by its social editor, Drake Martinet, who’s also an adjunct professor at Stanford. Mr. Martinet said that 90 percent of the video content on the site is produced by the NowThis team.

“We’re building a video news company, and today that means being native to the social web,” Mr. Martinet told Betabeat by email. “We think of Twitter, Facebook and other social sites as our front page… thats where we want users to find and share our videos.”

Last night, each time a state was called by one of the major news networks, NowThis tweeted a piece of ASCII art relating to that state. Seeing the graphics pop up on our Twitter feed every so often was a welcome break from typical political tweets–though not everyone enjoyed the flashback.

NowThis said it worked with noted Twitter ASCII artist Matthew Haggett, known on Twitter as “tw1tt3rart,” to come up with the illustrations. “We wanted to try something ambitious and a little bit fun,” they tweeted.

Check out some of our fav tweets in the slideshow.