Writers who craft the infamous “ripped from the headlines” plots on Law & Order: SVU are apparently having trouble keeping up with the ongoing scandal over former CIA Director and retired general David Petraeus’ affair with his biographer. Now that the story has grown to include another general and an FBI agent accused of sending shirtless pictures of himself to a woman the man in charge of the sex crimes-focused cop show sent a tweet begging for mercy. He also threw in Sesame Street muppet Elmo, who had a sex scandal of his own break this week.

“Memo to:FBI/CIA/NATO/SesameStreet From:SVU Writers’ Room–Please slow it down, we’re having a hard time getting this all down,” wrote SVU showrunner Warren Leight this morning.

Mr. Leight’s request came a few hours after a nearly identical tweet sent last night that was just directed at the FBI and the CIA. Sounds like we can look forward to an SVU episode chock full of muppets, spies and soldiers as long as the show’s writers manage to make it through this experience without crippling carpal tunnel.

They might not be within SVU’s budget, but Politicker would like to humbly suggest Mad Men’s John Slattery might make a good Petraeus and French actress Marion Cotillard is a pretty solid lookalike for the ex-spy’s lover, Paula Broadwell. There is clearly only one choice to play Elmo. 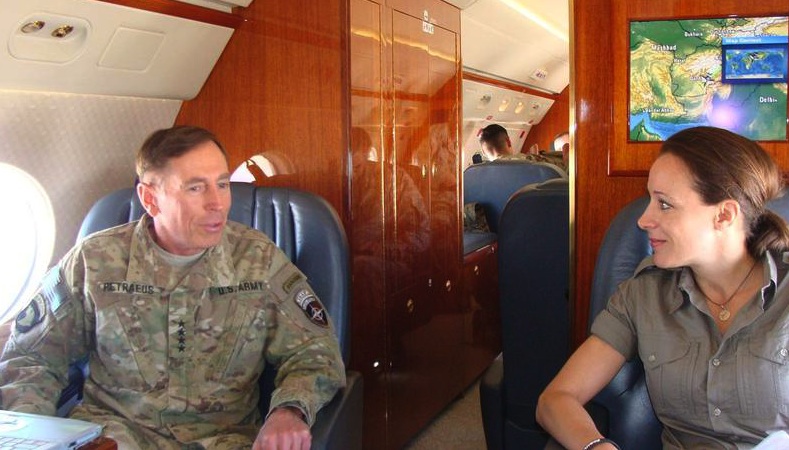