Bet you thought the next big story in the ailing daily deals business was going to be Andrew Mason’s ouster. And yet, it’s a competitor making headlines: Bloomberg News reports that LivingSocial has laid off 400 of its 4,500 employees. That’s about 9 percent of its staff, for those keeping score at home.

Hardest hit were the customer service, sales and editorial departments, spokesperson Andrew Weinstein told CNNMoney, and cuts were concentrated in the U.S. Washington, D.C. lost 160 jobs, because customer service ops are being moved to, ugh, Tucson. Mr. Weinstein explained that the cuts “will free up additional resources for the company to invest in some of the critical things in our business, like mobile efforts.”

Just last month, Amazon reported that it had lost $169 million of a $175 million investment in the company. The wrath of Bezos is not to be trifled with. 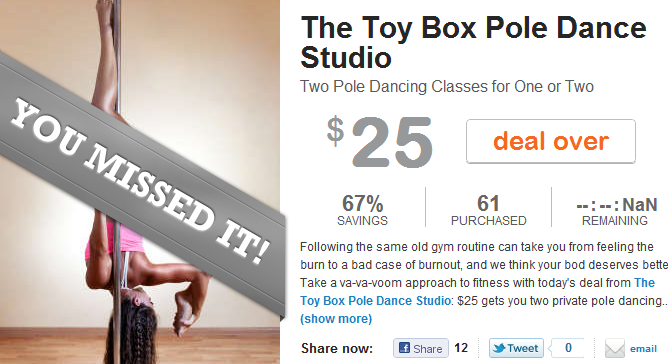