Detail view of a 2012 diorama by Bjarne Melgaard. (Courtesy the artist and Luxembourg & Dayan)

THE UPPER EAST SIDE ART SCENE sure is getting wild. Long the preserve of the staid and genteel (old masters, modern masters and the like), the neighborhood has recently been seeing more adventurous fare. Three gallery shows that exemplify the trend—and a fourth farther uptown—are of work by artists who share elements of the same profile: the bad-boy avant-gardist with machismo to spare, rebelling against aesthetic conventions, social norms or both.

If it were still in any way possible for artists to offend civilized society, the prolific 45-year-old Norwegian Bjarne Melgaard would be the man for the job. He has filled Luxembourg & Dayan’s tony townhouse with installations based loosely on his just-published book, A New Novel (H. Aschehoug, $35), a trippy narrative that follows an unflagging artist (“B”) through gay clubs, prostitution and the art world (which he especially detests), along the way documenting his insatiable appetite for drugs, steroid-enhanced muscles and sex, often of the sadomasochistic variety. Its centerpiece is a sex murder in Belgium that may or may not have occurred.

An entire floor is taken up by large dioramas populated by sinister-looking dolls (one of a man with chiseled musculature resembles Mr. Melgaard). In one, they’re lounging on a sofa in a room strewn with packaging for human growth hormone (used for bodybuilding and to combat AIDS wasting) and sex toys. In another, they’re in a dark dungeon, with one man on a kind of sex swing. A TV monitor displays a stop-motion film that lends a narrative to the latter diorama, and has what may be the most graphic content this writer has ever experienced in an art gallery. 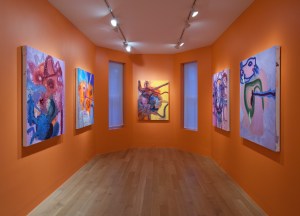 What prevents all of this from growing shocking-for-the-sake-of-it wearisome is that Mr. Melgaard has an exacting eye, a self-effacing side (the novel’s protagonist is oddly likable: he has a conscience and is looking for love just like the rest of us) and an absurdist sense of humor. A superb painter, he has toiled with a team of assistants to lovingly create terrifying (but also cartoonish) rooms with as much detail as those in Carrie Stettheimer’s prewar dollhouse at the Museum of the City of New York.

Mr. Melgaard has painted the walls of one room a violent orange and hung on them 13 paintings in his trademark high-pitch palette. They show what appear to be disfigured faces melded with rupturing organs, and they’re attached to the wall with hinges. Swing them open to reveal scrawled texts in the same paranoid tone as his novel: there are dark stories lurking behind every image in his restless world.

In his book Mr. Melgaard writes, “Contemporary art is about telling people they are inadequate.” He may be joking—typically, with him, it’s impossible to tell. 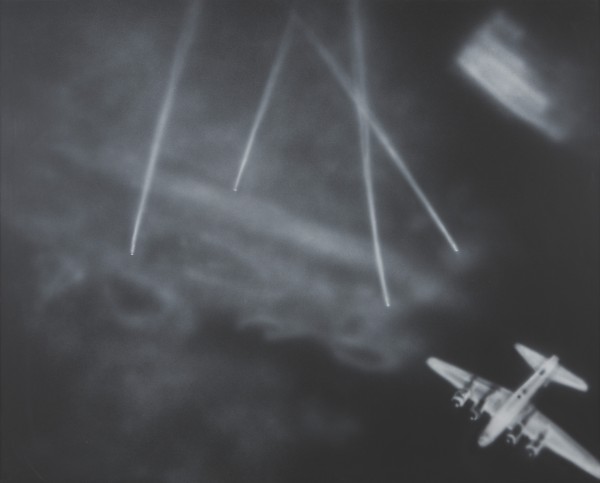 A BLOCK AWAY AT THE VENUS OVER MANHATTAN GALLERY, run by Observer columnist Adam Lindemann, there are 10 haunting photorealistic paintings that are as chilly and deadpan as Mr. Melgaard’s art is violent and sybaritic. Depicting bursts of colorful lightning or hulking World War II planes against starless skies, they are the work of the late Jack Goldstein, an original member of the the Pictures Generation who lost his place in front in the mid-1980s, suffered from drug addiction and killed himself in 2003. Today he’s obscure compared with the group’s stars, like Cindy Sherman and Sherrie Levine.

The show, which serves as a tasty aperitif to the touring Goldstein retrospective that will hit the Jewish Museum in May, borrows its title from a painting by Rirkrit Tiravanija—“Where is Jack Goldstein?”—and seems primarily concerned with burnishing Goldstein’s myth as a romantic recluse. Patsy Cline songs play on a loop in the darkened gallery—he liked listening to country in his studio—and the paintings are dramatically spotlit.

Goldstein made most of these paintings in the ‘80s, a time when he was ceasing to make what had become his trademark artworks—short, looping films like the sublime 1975 Shane, depicting a German shepherd barking, which is on view in a side gallery. These paintings were crafted almost exclusively by assistants; the careful touch of artist Ashley Bickerton, as well as a group of Puerto Rican custom auto-body painters, assured their mind-blowingly pristine, flat finish. They are liable to overshadow just about anything hanging beside them. 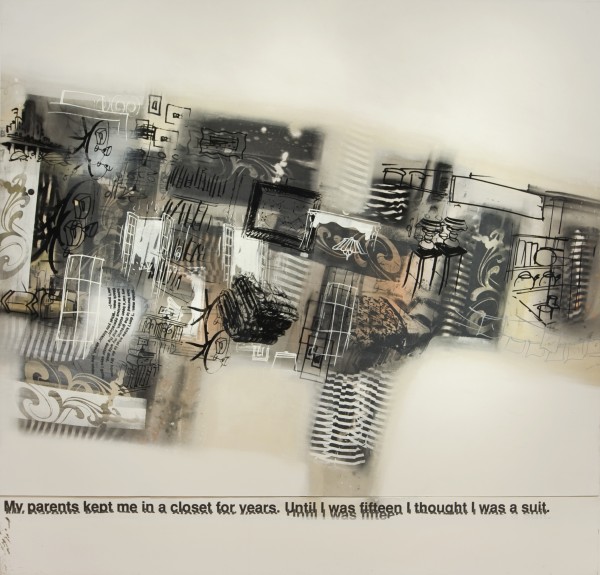 Richard Prince, ‘The Soft Parade,’ 1994. (Courtesy the artist and Skarstedt)

UP ON 79TH STREET, Skarstedt is showing 10 large paintings by Richard Prince, a Goldstein contemporary whose early work fits the Pictures mold. Mr. Prince recently published a bizarre, though sort of funny, rant on his blog about me, apparently responding to something I wrote two years ago about how he’s been running on empty his sexy “Nurse” paintings of the early 2000s. Though his recent rubber band pieces and copyright-tweaking antics have been fun, it’s still true.

Thankfully, the series at Skarstedt, “The White Paintings,” dates from around the first half of the 1990s. The works are appealing confections that combine tasteless jokes (these came after his first joke paintings) and silk screens of cartoons (and other images) into hazy collages. The jokes are predictably middlebrow numbers on gender, religion and modern life. Intermixing them with the visuals—drawings of well-appointed apartments and martini glasses, a photo of a woman who appears to be a stripper—produces an easy upper-management charm in place of the undisguised condescension Mr. Prince usually employs when mining certain cultural forms. This is not redeeming art, but it is perfectly pitched to the indulgences of its target class, and is as satisfying, albeit unsavory, as a night spent dropping good money around town.