“Any horse that has the name ‘Awesome’ in it? I bet on it!” Walter Hessert told us earlier this week from inside one of those noise cancel-ish sofa pods in the south wing of General Assembly. Also present in said pod: his brother Thomas Hessert. Along with a third brother (Bill) and their CTO Eric Gay (no relation), the Hesserts are the cofounders behind Derby Jackpot, an addictive online game that almost made Betabeat late for our meeting.

Showing up for an appointment seemed more professional than waiting to see if we’d parlayed the $2 offered to beta users into something more, so we sucked it up and hopped on the N. But it was a heady example of why companies like Zynga are counting on real money gaming to offer real revenue in the otherwise hits-dependent social gaming industry that relies on ad revenue or virtual sheep.
END_OF_DOCUMENT_TOKEN_TO_BE_REPLACED 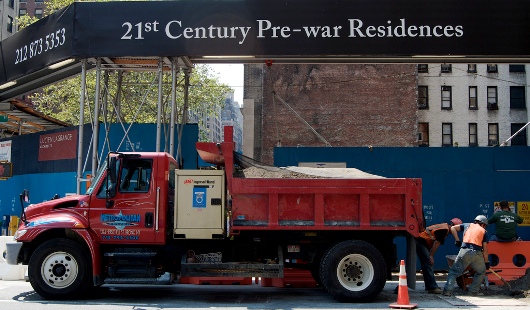