Calling these guys cavemen is an insult to cavemen everywhere.

There’s an entire meme, Good Guy Greg, devoted to defining and modeling what makes someone a decent dude. It’s consistently charming. He now has a counterpart, Good Girl Gina. Unfortunately, instead of being a living example of graciousness and thoughtfulness, she mostly cooks for her boyfriend and prioritizes your sexual pleasure above her own.

She then posted the results to Shit Reddit Says, and concluded:

If someone wants to be a Good Girl, then reddit already has it figured out. A Good Girl is an object to be lusted after. A Good Girl makes sure you’re sexually satisfied, either by her or someone else. A Good Girl defies stereotypes, unless they play into your desires, like when she cooks for you.

There’s a graph, too:

It should be noted that there are several examples that fall outside these lines, like “Hears you coughing in class; offers you a cough drop” and “Sees you have two items in line; lets you go first.” But they’re drowning in a sea of slime, like “Hooks you up with a deal; sucks your dick” and “Vagina is too sore to have sex again; has sex again. Your pleasure is more important than her suffering.” 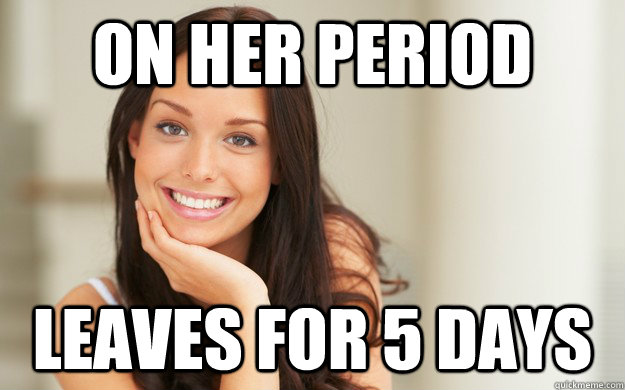