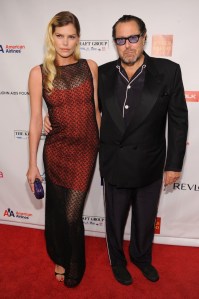 Julian Schnabel and his girlfriend May Andersen, an ex-model and director at the Hole gallery, have gotten engaged. [Page Six]

Restoring the Rothko that was vandalized at Tate Modern could take 18 months. [BBC News]

Here’s a lineup of New York nonprofits that rescheduled their galas because of Sandy. [Artforum]