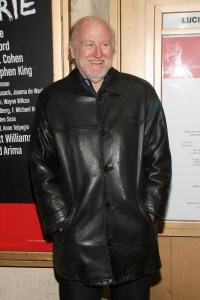 Broadway producer Rocco Landesman, who has helmed the National Endowment for the Arts since August 2009, announced today that he will leave the institution at the end of this year, according to The New York Times‘ ArtsBeat blog. The NEA’s senior deputy chairman, Joan Shigekawa, will serve as acting head of the organization until a replacement is confirmed.

The Hartford Courtant notes that, in an interview in 2010, Mr. Landesman said that he planned to serve through only one presidential term. “I have one term in mind, but you never say never,” he said at the time. “But for this term, I’m going all in and run as hard as I can. We got rid of our apartment in New York and now live entirely in D.C. I’m not even going to New York on weekends.”

“My intention has always been to serve one term, and we have been able to accomplish more than I had ever thought possible: sparking a national movement around creative placemaking, forging significant relationships with other federal agencies, creating an unprecedented healing arts partnership with the Walter Reed National Military Medical Center, and increasing both the scope and impact of our research office.

“We have continued to support and strengthen the entire spectrum of arts in this country, and we have been able to expand the national conversation through convenings, traditional media, and new technology. I am proud and honored to have served alongside such an amazing group of dedicated public servants.

“The time has come for me to become a cliché: I turned 65, am going to retire, and cannot wait to spend more time in Miami Beach.”

The NEA’s senior deputy chairman, Joan Shigekawa, will serve as the acting head of the agency until Mr. Landesman’s permanent successor is confirmed.

Filed Under: National Endowment for the Arts, Rocco Landesman