So Netflix just released the trailer for their new show House of Cards, starring Kevin Spacey. Along with extra seasons of Arrested Development and an Eli Roth-directed horror series Hemlock Grove, House of Cards is part of Netflix’s gamble into original content. And while we can’t say for sure, it looks like this high-stakes political drama might pay off, big time.

http://youtu.be/ULwUzF1q5w4
“The nature of promises, Linda, is that they remain immune to changing circumstances.” BOOM! Classic, dead-eyed Spacey. We would not like to be Linda in that scene. Unless, right afterward, Kevin Spacey started doing his Christopher Walken impression, in which case we guess we would kind of like to be Linda because we’ve always wanted to see him do that in person.

All Walken impressions aside, this looks like a really, really good series. Good job, Netflix! We feel like that extra streaming fee is actually going to some worthwhile projects now. Re-subscribe! 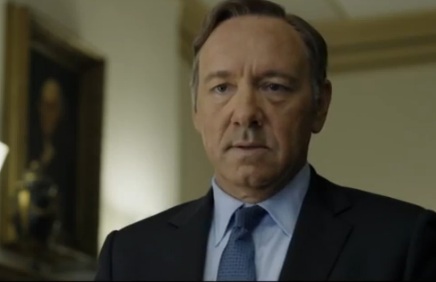