At the end of October, Apple unveiled a new Palo Alto store. You’d think that a company famous for its attention to detail would lavish special care on a new showcase just a couple towns over from Cupertino. But while it sure is pretty, Apple’s latest, greatest glass temple to minimalism is apparently louder than the most ear-splitting high school cafeteria.

Former Apple exec Jean-Louis Gassée stopped by recently, and he did not like what he found:

The store is impressive… but its also unpleasantly, almost unbearably noisy. And mine isn’t a voice in the wilderness. The wife of a friend walked in, spent a few minutes, and vowed to never return for fear of hearing loss. She’d rather go to the cramped but much more hospitable Stanford store.

All that lovely glass and stone makes for one big noise machine, all ricocheting sound waves.

Now, “my ears hurt” isn’t a terribly scientific metric. So, like the Silicon Valley denizen that he is, Mr. Gassée returned a few days later with an iPhone app designed to measure sound. He found the noise level around the Genius Bar was over 75 dB, ten decibals louder than the street outside. It seems Apple is worried, too. Mr. Gassée even noticed a professional tool for measuring sound levels. Maybe Logitech has some noise-mitigating peripheral that would work?

To add insult to injury, Mr.  Gassée invoked another recent fail. “It reminds me of the Apple Maps fiasco: An obvious problem ignored.” 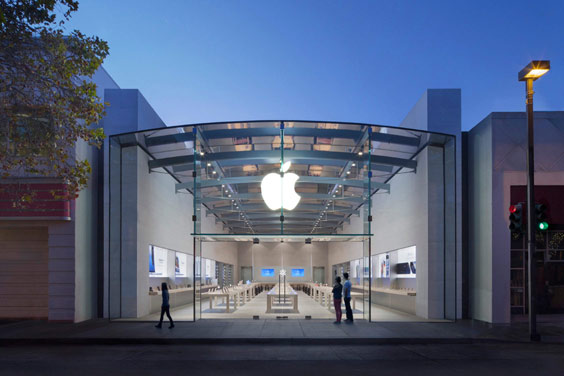