Both Facebook and Zynga filed documents with the SEC today detailing the terms of a new, more lax partnership. The two-year-old contract between the once interdependent companies–just check out their IPO filings–was slated to expire.

Under the loosened agreement, Zynga is free of a number of obligations, including implementing Facebook credits on Zynga game pages and using Facebook as its exclusive social platform. Naturally Zynga is interested in establishing its own network, with the ability to own its own players and establish its own ad relationships. Zynga also no longer has to display Facebook ad units, for example.

But Facebook also got one (big!) thing: the ability to develop its own games. That might explain why Zynga stock is trading almost 13 percent down after hours.

The one area where Facebook wasn’t willing to let Zynga go? All together now: Real. Money. Gaming.

If you’ll recall, during its recent third quarter earnings call, Zynga announced a partnership with bwin.party that will allow Zynga to offer “real money games” in the U.K., where gambling laws are more permissive. And according to today’s Zynga filing:

Sounds like Zuck didn’t want to miss out in case Zynga’s real-money poker and casino games are everything Mark Pincus so desperately hopes it will be. 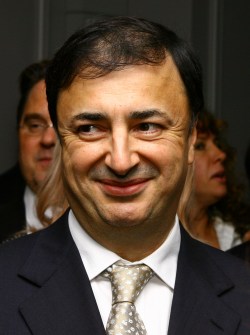