A coalition of techies say it’s time to do something about our campaign finance morass, and they’re starting with New York State. A veritable who’s who of Silicon Alley–including Fred Wilson, Andy Weissman, Dennis Crowley, John Borthwick, Kevin Ryan, and Esther Dyson–have released an open letter to Governor Andrew Cuomo, urging him to take point on an effort to make the political process work a little more like Kickstarter or Github.

The problem, as they see it: “Today, elections in Albany are dominated by a small group of affluent campaign donors, professional influence-peddlers and deep-pocketed vested special interests.” Not to mention some of those state capital buildings are downright Politburo-back-deal chic.

So what does this have to do with the technology business? Glad you asked. The undersigned are confident they’ve got just the model for reform: “We think that the open and diverse culture of the web that can help fix politics in New York.” To wit:

All around us, we see the flowering of diverse, distributed networks of large numbers of people who are coming together to identify common concerns and act in concert. On crowd-funding platforms like Kickstarter, thousands of New Yorkers are financing each other’s creative businesses and projects, pooling small donations to fund big dreams.

The letter concludes that, “It is time to bring this same way of doing things to campaign finance in NY State, and create a national model that will strengthen small-d democracy.” They’re encouraging their fellow tech leaders to add their names to the petition. (It is interesting to note that Reddit cofounder and Internet politico Alexis Ohanian isn’t on the list just yet.)

“Democracy is an incredible application, but it’s time for an upgrade to work out some of the bugs that have crept in. Tech leaders are encouraged that Governor Cuomo has made public funding of elections a goal for New York.”

The whole thing is more a call to action than a specific plan, but we suppose you’ve got to start somewhere. 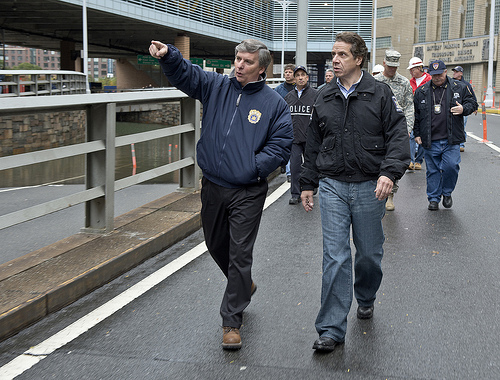