Late last week, Betabeat took a two-hour trip via interborough bus to Secret Clubhouse, a newly launched Williamsburg coworking spot. The shared office (decorated with vintage Apples and a motley assortment of posters) was packed with techies typing away on the laptops, but the vibe was no more panicked than that of an undergraduate library in the earliest days of reading period.

Nearby, permanent residents Small Girls PR were hashing out wardrobing details for the upcoming “Tech Homecoming” fundraiser and upending their desks in search of a missing checkbook. The occasional burst of laughter filtered from the back, and every so often someone would look up with a piece of news gleaned from Twitter. But quiet largely reigned.

The only obvious sign of extraordinary circumstances was a sign on the wall, handwritten grade-school-binder style: “Sandy Shelter,” it said, with a Wifi login and the message of support, “we <3 u.”

Off to one side we found Jessica Lawrence, managing director of New York Tech Meetup, whose jaunty scarf and turquoise cardigan weren’t quite enough to mask an uncharacteristic wanness. Crouched over her laptop, she was crafting an update for volunteers, letting them know what would be the most helpful in the next 24 to 48 hours. Across the desk, her partner in community organizing, Noel Hidalgo, was working away while encased in a gigantic parka. It was quite clear neither had had a moment of downtime since the storm hit.

The wrath of Sandy inspired an outpouring of civic feeling and desire to lend a hand. The trick was directing that energy toward productive results. Can Ruby on Rails really help the wreckage in the Far Rockways? That’s what Ms. Lawrence and Mr. Hidalgo were attempting to do from their desk, the battlefield headquarters of New York Tech Responds. In concert with Tony Bacigalupo, cofounder of Soho-based New Work City, the triumvirate had spent the week coordinating the closest thing to an official New York tech relief effort.

In the last week, they’ve dispatched their army of volunteers for a variety of tasks, such as helping a flooded Chelsea gallery with data recovery, lending the aid platform Recovers.org in handling a deluge of traffic and assisting with relocated polling places. This week, they stand ready to help businesses affected by the storm, whether it’s extracting data from soaked servers, setting up public Wifi or restoring point of sale systems.

Spend time around the city’s entrepreneurs when they’re in hustle mode, and it’s common to hear the term “disruption.” Every other startup seems ready to shake the foundations of education, medicine, government or something similarly pie in the sky. It sometimes seems the original negative connotation has worn completely away. But there are few things quite like a hurricane to knock a sense of perspective into even the most wildly optimistic.

And so as the hurricane approached, tech scenesters sprang into action. Foursquare founder Dennis Crowley touted the Bowery Mission and offered to haul East Villagers’ donations in his car. Etsy CEO Chad Dickerson took his blog and encouraged everyone to support Occupy Sandy. Zynga GM Dan Porter trekked out to the Rockaways, then returned to write a Business Insider op-ed encouraging coders to develop disaster recovery tools. “We are thrilled with how many tech companies, large and small, have reached out to ask how they can help those in need,” Rachel Haot, the city’s Chief Digital Officer, told Betabeat.

But Ms. Lawence, Mr. Bacigalupo and Mr. Hidalgo have been the most visible in their attempts to help, emerging as a three-person clearinghouse for techie efforts.

“We’ve been in contact, I think, with pretty much every major government entity and recovery organization”–the Red Cross, FEMA, the Board of Elections–“just trying to make sure that everybody knows that we have this group of people that are willing to help,” said Ms. Lawrence. Their small army numbers somewhere north of seven hundred, a representative cross section of the meetup’s 28,000 members.

Typically, the New York Tech Meetup has a different set of priorities, which revolve around advocating for and serving the interests of its members. Most famous for hosting packed demo nights at NYU’s Skirball Center, the group’s last big public push was in January, when Ms. Lawrence and her compatriots helped scramble the jets to defeat the Stop Online Piracy Act, objectionable primarily for the onerous enforcement burdens it would have placed on Internet startups. But as Hurricane Sandy bore down on the city, suddenly their horizons expanded.

It began with a note to the meetup’s members, announcing they’d be happy to help anyone trying to get the word out about cancelled or postponed events. But when she and chairman Andrew Rasiej remembered they had in their hands a powerful megaphone, Ms. Lawrence recruited Mr. Bacigalupo (initially for his help designing signup sheet, but he’s been at it ever since) and Mr. Hildalgo, whose previous projects include serving as a public-private liaison include launching NYSenate.gov while serving as Director of Technology Innovation. They’ve been at it ever since, a flurry of conference calls and Skype chats and Google Docs.

If that makes it sound like their results are a little tough to pinpoint, Mr. Bacigalupo says they’ve ended up spending more time helping those coordinating relief efforts, rather than the victims themselves. “While it’s hard to quantify, I would say I have good reason to believe that our efforts have helped make other efforts more efficient and more effective than they would have if we had done nothing,” he told Betabeat.

Perhaps the most visible manifestation of the post-hurricane outpouring of good feeling has been Sandy Coworking, an effort to make desks and Wifi available for anyone who need a place to be productive. Almost as soon as the clouds parted, anyone with a working office was offering to host the displaced. Staffers from Buzzfeed took up residence in Heart’s cafeteria. Kickstarter moved in with Boxee. Venture capitalist Charlie O’Donnell suggested the hashtag #sandycoworking for those seeking and offering space; as the offers began flying fast and furious on Twitter, Mr. Hidalgo hacked out a platform for anyone to list what they had.

But if the crowd at Secret Clubhouse was any indication, the coworking effort was mostly lifesaver for tech companies–and that includes Gawker. Founder Rick Webb opened his doors almost as soon as the power went out south of Flatiron. Employees from Tumblr (where he’s helping build out a sales and marketing operation) and Foursquare (a company in which he invested). Gawker had filled in empty desks, while Gizmodo had annexed the conference room. By the time Mr. Hidalgo had arrived, Nick Denton was already holding court in the back.

Ms. Lawrence admitted that coworking isn’t exactly a familiar concept outside of the confines of Silicon Alley. “But the cool thing is that after this experience they’re probably all going to know what coworking is a little bit more,” she said. “Whether they’ve meant to or not, a lot of them have probably ended up coworking.” Even Bloomberg-terminal-addicted Wall Streeters learned to work from home.

But as reports of restored power in downtown Manhattan rippled through the room in Williamsburg, we couldn’t help but wonder how sustainable this sudden flowering of civic feeling really was. Mr. Bacigalupo thinks the last week was a turning point: “This was the time, in my mind, when the tech community stepped out of its own bubble and stepped up in a huge way to help this city as a whole,” he said. “This was the tech community doing something that wasn’t about advocating for the technology community.”

Ms. Lawrence said they’re looking into whether volunteers would make a long-term commitment to serving as a kind of tech corps–a crew of first responders with very specific skills. And after initially proposing a hackathon to address the issues raised by the storm, New York Tech Responds decided it made more sense to partner with events already planned, providing them suggestions.

Of course, the rapid-fire pace of a hackathon doesn’t allow for the time to produce finely-honed tools for FEMA or develop a smarter electrical grid that’s less vulnerable to natural disasters.

It may be that the best possible outcome is simply a reminder that the world has bigger problems than shilling virtual goods. Back on the grind, Anil Dash tweeted he was finding it “very jarring to be back at work at a desk with power & internet, looking at a bunch of tech crap that seems totally meaningless.” What better way to motivate a free market capitalist to spend her spare time construct a donation management solution for Goodwill–especially as images from Staten Island and the Rockaways fade from the front pages? After all, peer pressure worked for voting. 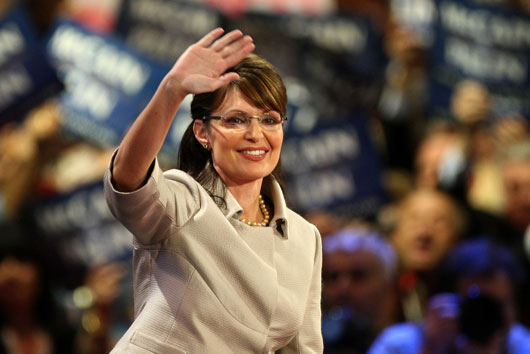