It’s about two weeks later and we’re still reeling from the Presidential election. Luckily, we got our campaign fix today because Tumblr and The Daily Beast spoke to Laura Olin, one of the Obama campaign’s top social media strategists.

Ms. Olin was responsible for scheduling the victory posts to all Obama’s social networks. Most notably, she posted the now-famous photo of a hugging Mr. and Mrs. Obama with the simple caption “four more years.” The post has amassed more than 800,000 retweets and is the most liked Facebook photo of all time.

But like all important moments in history, the much loved post almost never happened, Ms. Olin explains:

One of my team members remembered an amazing photo of the president and first lady hugging at the president’s last campaign rally in Des Moines. It’s this really beautiful photo at night — the only thing was that Michelle was facing forward and the president was facing away from the camera, So my boss, Teddy Goff, made the very good point that we should see the president’s face. I remembered that our campaign photographer had taken a series of really great hug photographs at another Iowa rally, in the summer, and I went to our photo editor and she was like “Yes!”

And Brian Ries, the social media editor for Newsweek/The Daily Beast, who produced this story, couldn’t help but rep his favorite brand with his leading question, “It was nice to see you guys embrace the GIF on Tumblr. Was that a conscious decision?” Ms. Olin explained that posting GIF’s is just what felt right:

We recognized early on that when we put up a GIF or reblogged a GIF it would have a better reach than just a static image. It’s just another way to speak in the terms of the community — and make things more fun. This isn’t rocket science at all, but I think something that we discovered — or tried to implement — was that if you put things in terms that people actually want to share, they will share them. Political campaigns historically haven’t totally gotten it.

Turns out, all you have to do to win an election is act like a regular human being. 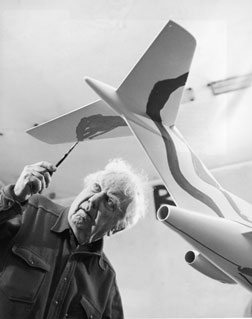