The ongoing scandal over former CIA Director David Petraeus’ affair and the September attack on the U.S. Consulate in Libya were two of the main topics when President Barack Obama had his first post-election White House press conference this afternoon. President Obama promised thorough investigations would be done to uncover details about the FBI investigation that unearthed the Petraeus scandal and the  circumstances surrounding the Benghazi attack. He also had high praise for Mr. Petraeus and harsh words for anyone who might attempt to block him from nominating diplomat Susan Rice as secretary of state because her role in the widely-criticized shifting explanations for the Libyan embassy attack.

President Obama first discussed the Petraeus scandal when a reporter asked whether there were any potential national security issues raised by the affair and associated email breaches.

“I have no evidence at this point, from what I’ve seen that class information was disclosed that in any way would have had a negative impact on our national security,” the president said.

In the same question, the president was asked whether he was concerned the White House was not notified about the FBI investigation involving Mr. Petraeus as soon as it began. He declined to comment on the “specifics of the investigation” and said he was confident the FBI would conduct an appropriate internal examination if necessary.

“Obviously, there’s an ongoing investigation. I don’t want to comment on the specifics of the investigation,” said President Obama. “The FBI has their own protocol in terms of how they proceed. … I will let them examine those protocols themselves”

Later on the president argued that, if the White House was notified of the investigation sooner, it may have raised questions about whether the administration was “interfering in a criminal investigation.”

After discussing the case, the president offered some relatively kind words for Mr. Petraeus.

“General Petraeus had an extraordinary career. He served the country with great distinction. … By his own assessment, he did not meet the standards that he felt were necessary for the director of the CIA with respect to this personal mattter,”  President Obama said. “From my perspective at least, he has provided this country an extraordinary service. We are safer because of the work David Petraeus has done. And my main hope right now is that he and his family are able to move on and that this ends up being a single sidenote on what has otherwise been an extraordinary career.”

Along with the Petraeus investigation, the president faced questions about the administration’s handling of the Libyan consulate attack. Shortly before his press conference, Republican senators John McCain, Kelly Ayotte and Lindsey Graham had a presser of their own where they called for Watergate-style hearings about the incident. Mr. McCain has also suggested he would block the nomination of Susan Rice, the ambassador to the U.N., if, as rumored, the president nominates her to be secretary of state, because of her initial characterization of the attack as “spontaneous” rather than an act of terrorism. President Obama called any attempt to attack Ms. Rice because of the incident “outrageous.”

“I’m not going to comment at this point on various nominations I’ll put forward to fill out my cabinet for the second term,” he said. “But let me say specifically about Susan Rice, she has done exemplary work….For them to go after the U.N. ambassador who had nothing to do with Benghazi and was simply making a presentation based on intelligence she received and to besmirch her reputation is outrageous.”

The president said he would be “happy to cooperate” with any hearings or investigation about the attack and encouraged critics of the administration’s response to focus on him.

“If Senator McCain and Senator Graham and others want to go after somebody, they should go after me. And I’m happy to have that discussion with them,” President Obama said.

He also expressed confidence his national security team did the best they could to protect the staff at the consulate before and during the attack, which left four people dead including the ambassador to Libya.

“When they go after the UN ambassador, apparently because they think she’s an easy target, then they’ve got a problem with me,” said the president. 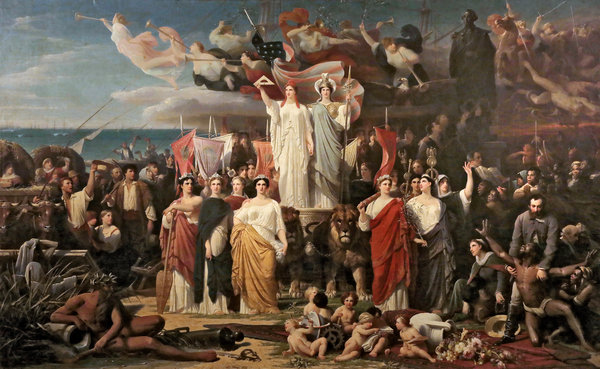