When President Barack Obama first hit the campaign trail this year, he tried to silence his doubters by insisting  his re-election bid was “still about hope,” the slogan that propelled him to the White House in 2008. Almost exactly six months later, he took the stage in Chicago’s McCormick place to deliver a rousing victory speech in which he aggressively defended his promise of hope and change after a first term filled with partisan gridlock and a long, bitter presidential race.

“Tonight, more than 200 years after a former colony won the right to determine its own destiny, the task of perfecting our union moves forward. It moves forward because of you,” President Obama began. “It moves forward because you reaffirmed the spirit that has triumphed over war and oppression, the spirit that has lifted this country from the depths of despair to the great heights of hope, the belief that while each of us will pursue our own individual dreams, we are an American family and we rise or fall together as one nation.”

Declaring that “the best is yet to come” for America, President Obama thanked the voters who participated in the election, his running mate Joe Biden, who he called “America’s happy warrior,” his family and his supporters. He also congratulated his Republican rivals, Mitt Romney and Paul Ryan on a “hard fought campaign” and praised the Romney family’s “legacy” of “public service.”

Though President Obama had kind words for Mr. Romney this evening, their race contained much heated rhetoric. The president’s critics have repeatedly suggested his attacks on his rival represented a reversal of the vow to avoid “small” politics he made during his first White House bid. President Obama refuted this notion by characterizing the vigorous debate that occurred in this presidential race as an encouraging sign of democracy, a “mark of our liberty” that won’t defer our shared dreams for the country.

“Despite all our differences, most of us share certain hopes for America’s future,” he said. “We will disagree, sometimes fiercely, about how to get there….But that common bond is where we must begin.”

President Obama continued by alluding to another issue his detractors have pointed to as evidence he hasn’t lived up to the lofty expectations he set for himself in 2008, the country’s sluggish economic recovery. He cited our common goals as a reason to remains optimistic about the nation’s trajectory.

“Despite all the hardship we’ve been through, despite all the frustrations of Washington, I’ve never been more hopeful about our future. I have never been more hopeful about America and I ask you to sustain that hope,” said the president. “I have always believed that hope is that stubborn thing inside us that insists, despite all the evidence to the contrary that something better awaits us so long as we have the courage to keep reaching, to keep working, to keep fighting. America, I believe we can build on the progress we’ve made.”

The president concluded by arguing the country is not as split many who look at our election results would suggest, an idea that was one of the main themes of the keynote speech he delivered at the 2004 Democratic convention, which first brought his message of hope to the national stage.

“I believe we can seize this future together because we are not as divided as our politics suggests. We’re not as cynical as the pundits believe,” President Obama said. “We are greater than the sum of our individual ambitions and we remain more than a collection of red states and blue states. We are and forever will be the United States of America.” 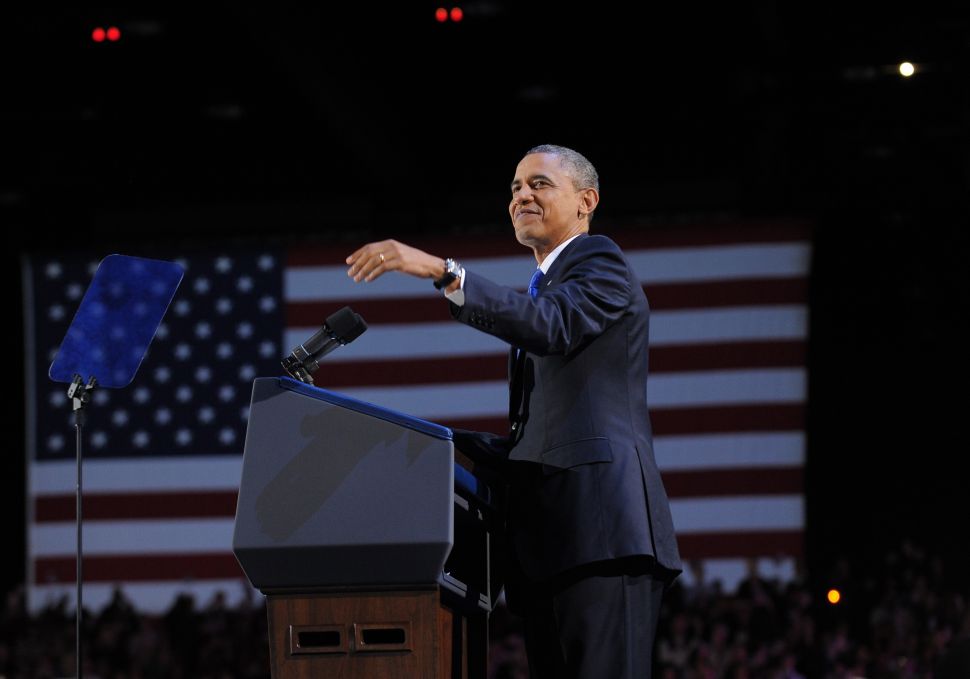