David Parano, who also headed up field operations for Pascrell’s successful June Primary, will take on the role of the Healy campaign’s utility player, he told PolitickerNJ.com.

“Kind of like an ombudsman,” Parano said. “As you well know I’m famous for working with people I believe in. I’m honored to be part of a great team.”

Recently he has worked with the Democratic Committee of Bergen County on the successful elections of the county clerk, county surrogate and freeholders.

Parano joins former Pascrell communications director Sean Darcy and Pascrell media person Steve Murphy as the third campaign player to transfer from Pascrell to Healy for the next election cycle. 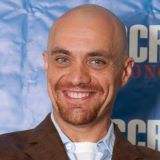