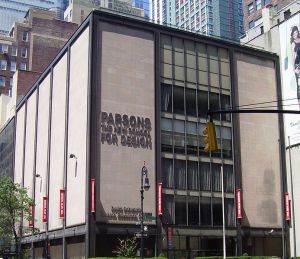 Parsons the New School for Design announced today that it will open a new academic center on Rue Saint-Roch in Paris’s First Arrondissement next fall that will eventually be able to support 300 to 500 students. The news was first reported in The New York Times.

David E. Van Zandt, the president of the New School, explained the school’s decision to open a Paris outpost to The Times:

“Too many American universities have set up overseas where the money is — especially in the Middle East, which leaves them dependent on local government funding,” he said from New York. “We regard our Paris program as an investment.”

Parsons is also developing campuses in Shanghai and Mumbai. (Lucky students!) The Paris branch will be inaugurated on Nov. 29 at the Palais de Tokyo.