The man who weathered the most gut-wrenching New Jersey contest of the year said President Barack Obama’s general election win again proved that the TV studio lounge lizards don’t know what’s going on in the alleyways of American politics.

Rep. Bill Pascrell (D-9) said the GOP should consider that when examining how to move forward to address the federal budget deficit.

“I don’t care if it’s Fox News or MSNBC, the ward leaders and the precinct captains know – not the TV guys,” said Pascrell. “The president won the election on the ground. America is not a bunch of ideologues. In America, you have to fight it out. Nobody gave me a chance, and we proved them wrong.”

Against the backdrop of the Republican-dominant House of Representatives refusing to raise taxes on those income earners making over $250,000 to help close a federal budget deficit, Pascrell pleaded with the GOP to stop being controlled by pinched ideologues and look to the expanse of the country.

“These guys – Congressman Frelinghuysen, LoBiondo and Runyan – they’re not ideologues,” Pascrell said. “I’ve worked with them each individually. That’s not who they are. They’re problem solvers. That’s who they need to be now.

“The president has put together a cogent plan and these guys have not gotten over the election,” the Patersonian added. “The president has had reforms in there. I’m willing to step up to the plate and compromise for the country. Will they? If they don’t they will have to bear the burden of shutting the government down.”

Assessing last week’s election, Pascrell said the president organized a macro general election version of what the congressman engineered. When Obama called Pascrell after his June Primary win to congratulate him, Pascrell told him, “’Sure, you’ve got all your polling and your focus groups, but you have to get out there.’ You think you’re going to rely on the Gallop Poll? I mean, what were those guys anyway, drunk?”

Despite many news sources prognosticating that the presidential race was too close to call, Obama prevailed over Romney, 332 electoral votes to 206.

“You can’t have a ground game two or three weeks out,” Pascrell said of Romney’s campaign. “You have to build a foundation.”

Pascrell’s allies went into war mode as early as 2010, seizing on the sudden departure of Sheriff Jerry Speziale to build their organization heading into 2011 redistricting.

The very early campaign planning paid off in the showdown with Rothman.

In late 2010, amid expectation of Pennsylvania as a battleground state, PolitickerNJ.com had drinks in Philadelphia with a City Hall source who said Mayor Michael Nutter’s office was coordinating virtually every decision with the White House – on very nearly a daily basis. “Our goal is to produce monster numbers in Philadelphia for the president in 2012 to offset rural turnout,” said the source.

Obama carried Pennsylvania 52-47 percent over Romney. The Philadelphia Inquirer first reported last week that in 59 Philadelphia polling precincts, Romney received zero votes. Of Obama’s total 2.9 million Pennsylvania votes, Philadelphia turned out roughly 560,000 for the president, or fewer than 40,000 of what Obama collected from Philly in 2008.

Pascrell attributed the relative closeness in performance to political organizing.

“2008 was a Biblical moment in American politics,” he said. “What America said this time was, we’re prepared, now you’ve got to be prepared.”

Widely derided for his first debate performance against Romney, Obama bounced back with solid showings in his second and third debates.

Pascrell said he mentioned to the president in their June phone call that he had to show his humanity. Post general election, the congressman said the fight inevitably drew it out of Obama.

“But make no mistake about it,” Pascrell said. “The president always had backbone. Look at what he’s gone through. He’s had these guys question everything from his citizenship to his religion to his manliness. He has withstood all of the infantile junk, and it’s not all coming out of the hills of the South. He’s encountered hate here in New Jersey. Go back and look at your own website – some of the comments. There are people who have nothing but hate in their heart for this president, and it goes beyond racial. Some think this guy is a political enemy.”

But Obama organized, and won, Pascrell said, and now the GOP needs to get over it for the sake of the country. 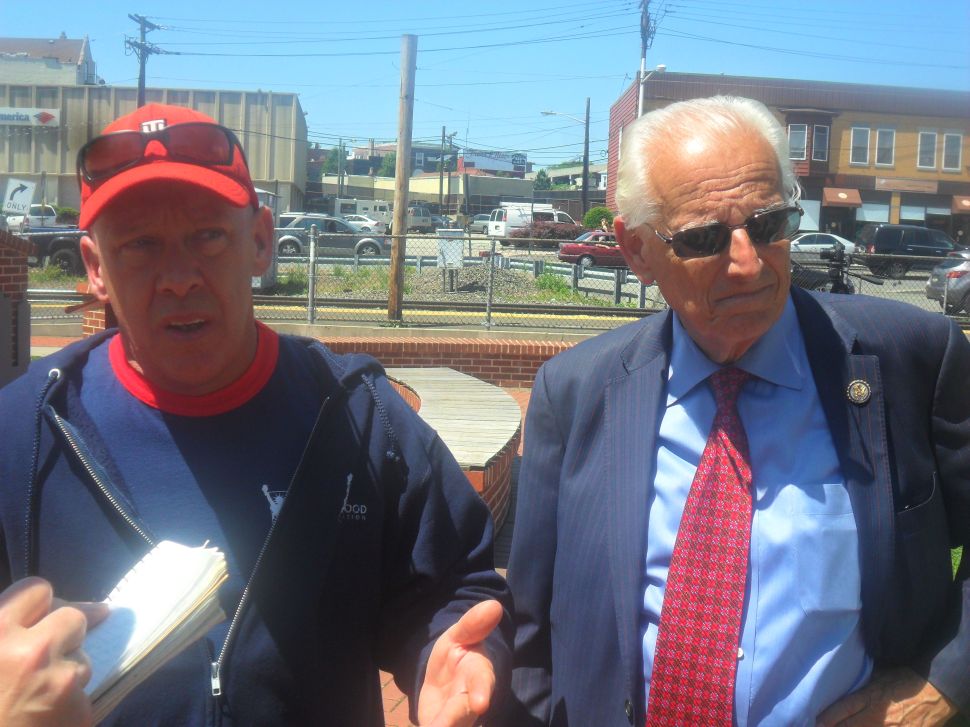