HURRICANE HUBRIS: No electricity? No scruples? No problem! The day after Hurricane Sandy split town, leaving dozens dead and millions without power, the event that some observers regarded as an epic tragedy was seen by others as a golden PR opportunity. Nothing generates goodwill press more than Urban Outfitters tweeting “this storm blows (but free shipping doesn’t)” with the hashtag #allsoggy, or Gap advising “All impacted by #Sandy, stay safe! We’ll be doing lots of Gap.com shopping today. How about you?” or American Apparel e-mailing an offer for 20 precent off for online shoppers who used the code SANDYSALE on the checkout page. Retailers had reason to panic—the holiday shopping season is upon us, and there’s nothing like a human catastrophe to take a bite out of revenues. But remember guys, you’ve got to at least appear sensitive.  FLACKERY INDEX: 0

BOND TRIAL: Figuring Bond fans would do just about anything short of run their mothers off the road with an Aston Martin DB5 to score a pair of free Skyfall tickets (approximate value = $22), Coke Zero posted a “candid” YouTube video of several surprisingly good-looking “unsuspecting passengers” at a train station being ordered by a soda vending machine’s LED screen to race to platform 6 “to unlock the 007 in you.” Clearly, these were not cynical, grumbling New Yorkers at Grand Central, because in a millisecond, the passengers dashed like lab rats through a maze of staged obstacles to get to platform 6, where they happily sang the James Bond theme song to earn those freebies. Somehow, we don’t imagine 007 making an ass of himself for a couple of movie tickets, but superspies have done worse (ahem, Petreaus). Lest there be any doubt that these kinds of crass tricks still work on a cynical populace, that video racked up nearly eight million views.  FLACKERY INDEX: 3

BIG MONEY FOR BIGFOOT: Offering cash awards that you have no expectation of actually following through on is a time-honored tradition. Playboy and Hustler, for instance, are forever trying to outbid the other to get the likes of Sarah Palin, Miley Cyrus, Kate Gosselin and Rihanna to strip, with no success, sob, unless you consider generating endless column inches of hype to be success (we do). Continuing this fine custom of pseudo-generosity, Spike TV and insurer-to-the-stars Lloyd’s of London recently announced it is giving away a cable network-bankrupting $10 million for proof of Bigfoot’s existence. While you may believe this is a generous endowment of educational television, the impulse is actually more honorable than that: greed, pure and simple. Spike would dearly love its forthcoming series, aptly titled, uh, “10 Billion Dollar Bigfoot Bounty” to draw some attention away from Animal Planet’s Finding Bigfoot, now going into its third season without finding the elusive Squatch. (They’ve come too far to give up now!) However, nothing is too low when you dangle that dough, which explains why The Washington Post, Entertainment Weekly, MSN and others, not to mention the Bigfoot Forums message board, eagerly covered the “offer.” Just in case any cynics doubted the prize was genuine, a Spike exec told the Huffington Post: “If this series idea had come in without that Lloyd’s of London mark attached to it, I don’t think we would have taken it seriously.”  FLACKERY INDEX: 3

PHALLIC FORECAST: Public relations is like Ted Nugent’s mouth—it never rests. CNN was faced with a predicament last week: its quadrennial chance to announce who the ruler of the Free World, a surefire and much needed ratings boost, was complicated somewhat by the worst natural disaster in East Coast history. Millions of households—Nielsen households!—were still without power, and so therefore could not preserve their perishable food, or gaze into one another’s faces or appreciate the wisdom of Wolf Blitzer. But then someone had an idea to use the Empire State Building as a big phallic beacon of democracy. With CNN footing the bill, the skyskraper lights would reflect the vote count, so New Yorkers, huddling in the freezing darkness, could simply cast a glance out their windows and learn the the tally of Electoral College votes. The gambit worked so well that it landed on the cover of this week’s issue of The New Yorker. Congrats, CNN, you’re this week’s winner! FLACKERY INDEX: 4

Drew Kerr, a longtime practitioner of the dark arts of public relations, is the founder and president of Four Corners Communications. You can follow him on Twitter at @drewkerr. 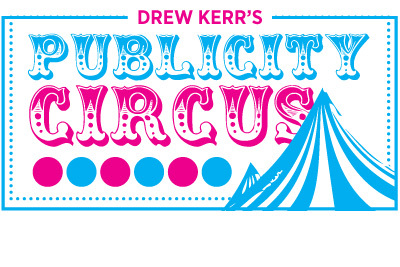