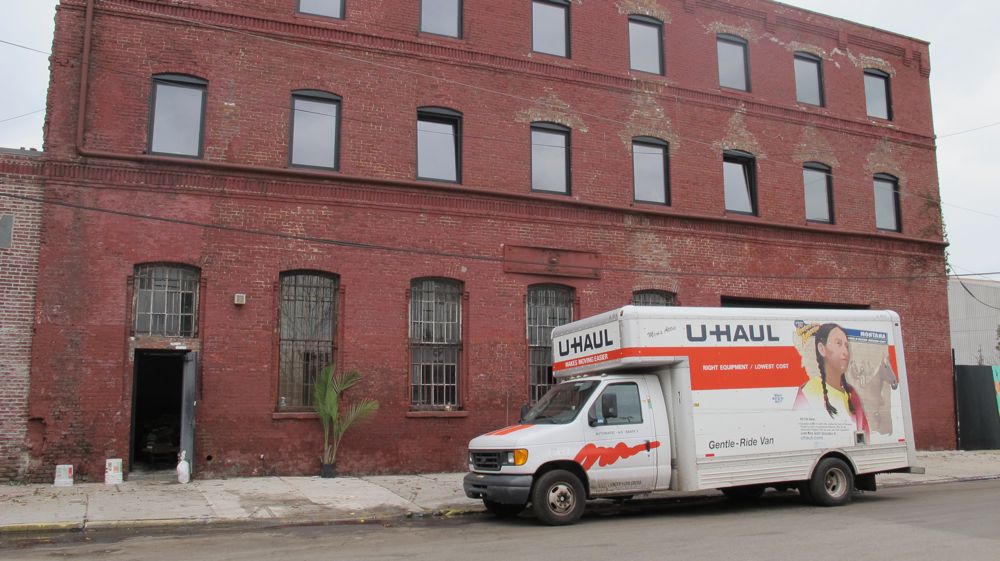 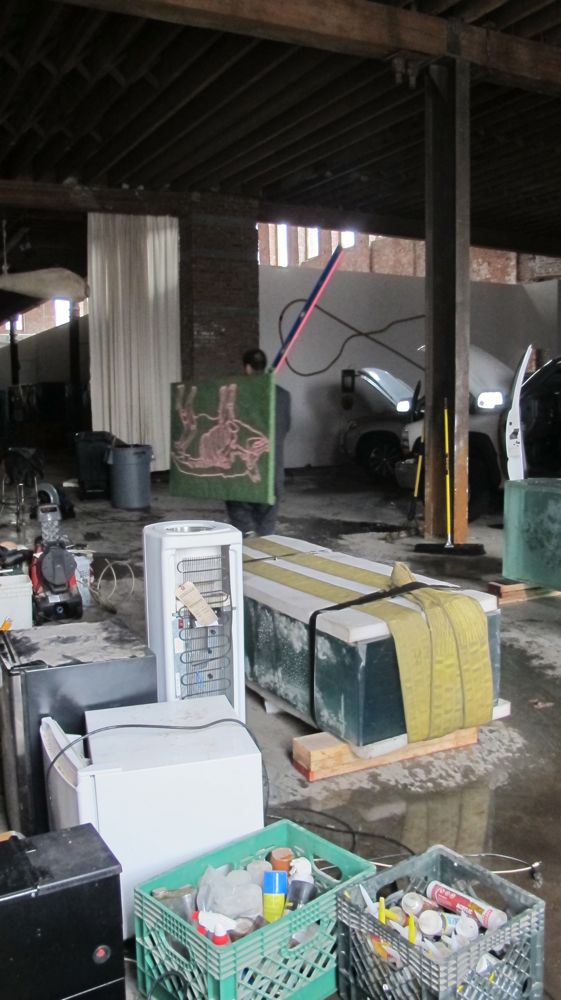 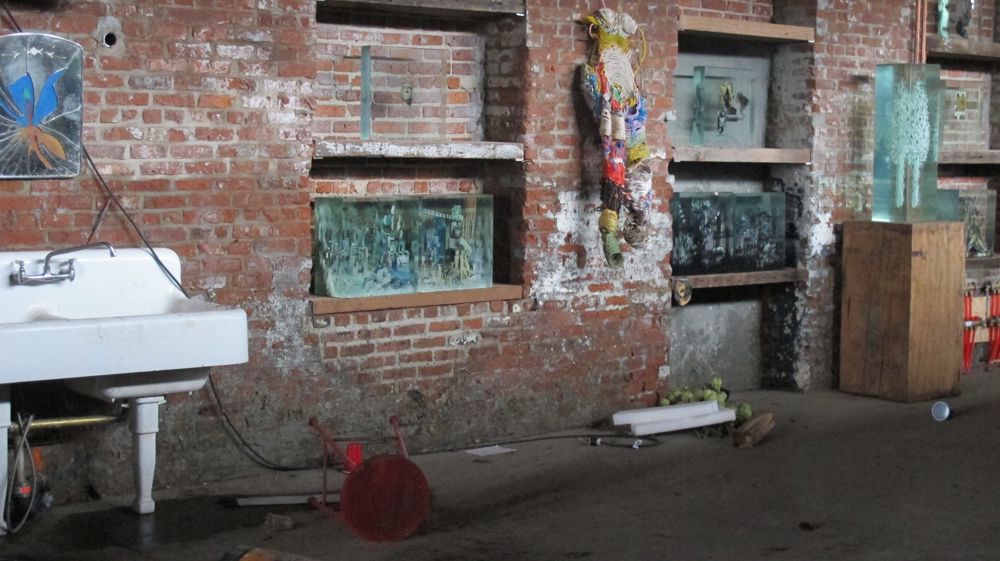 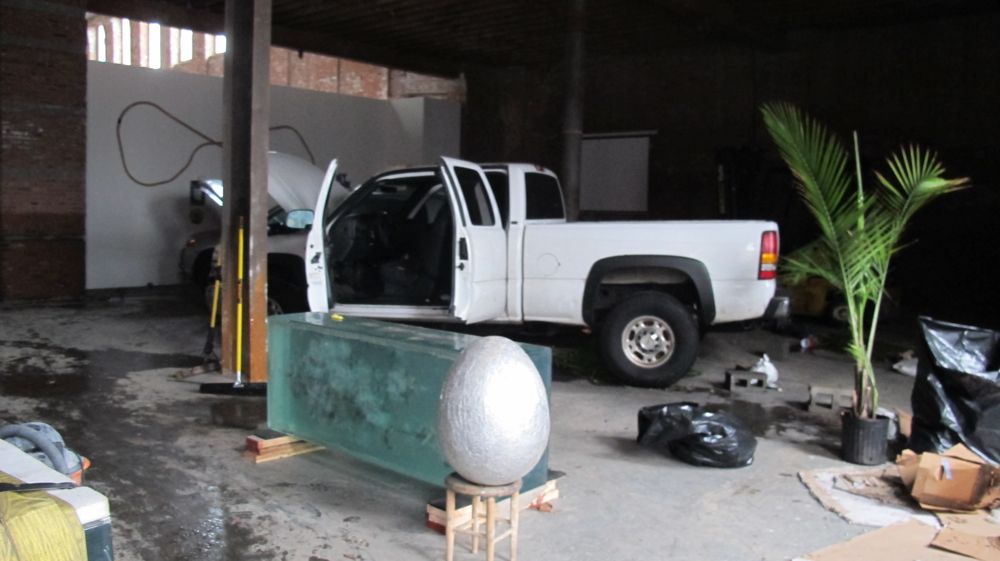 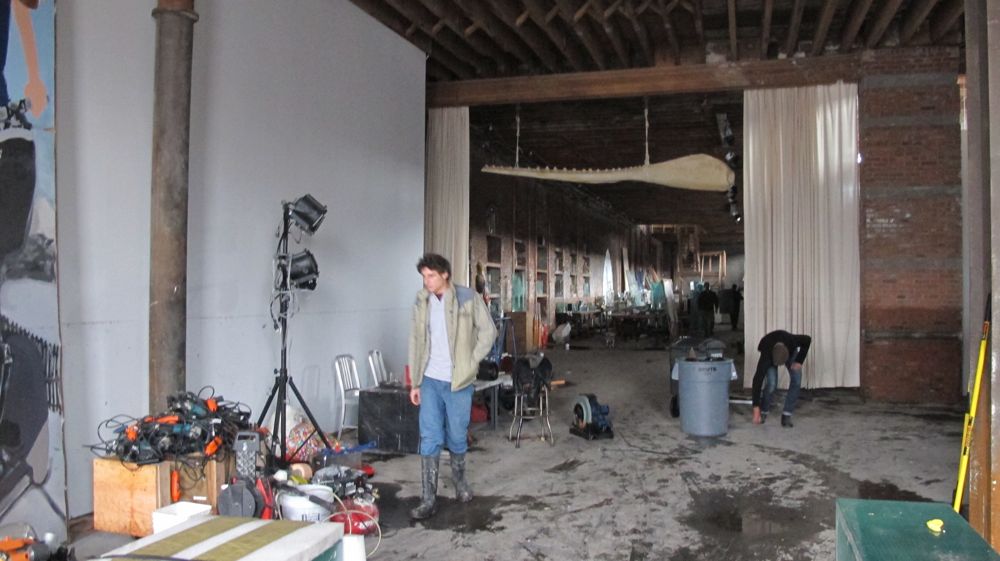 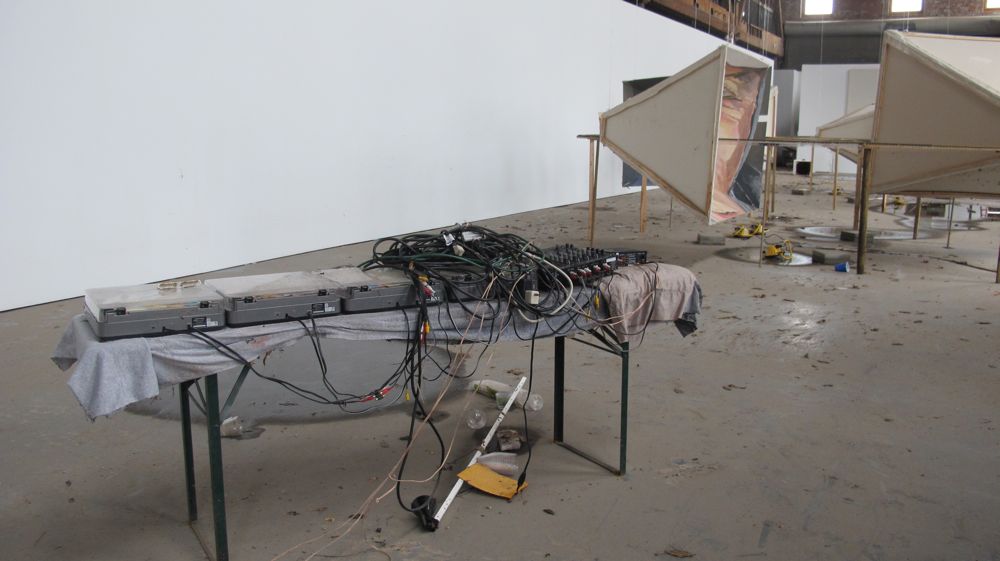 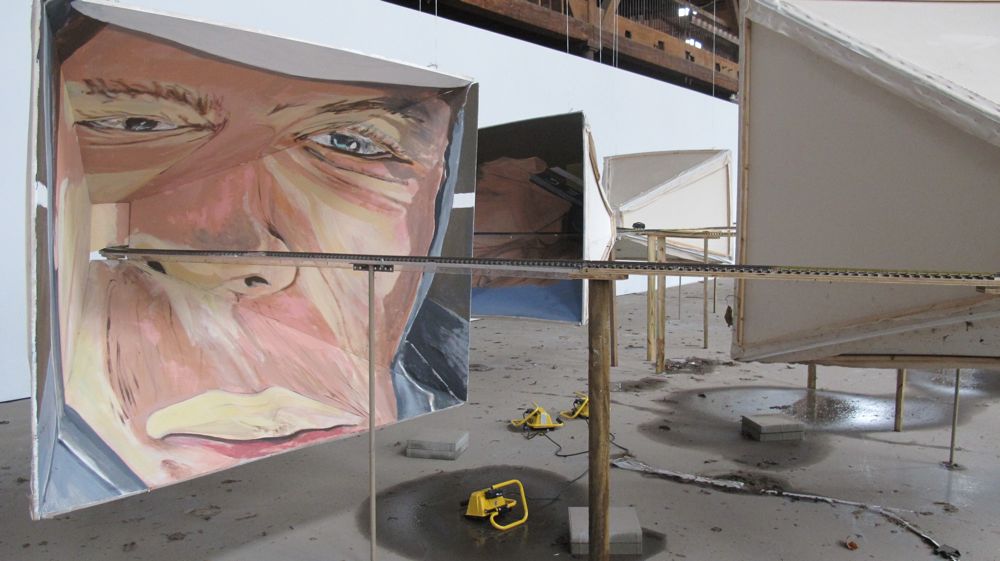 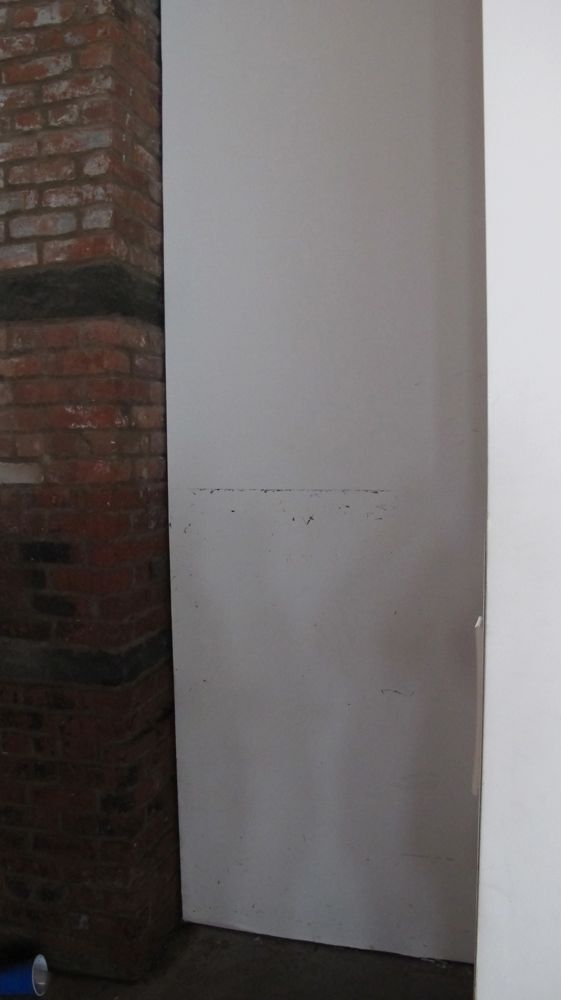 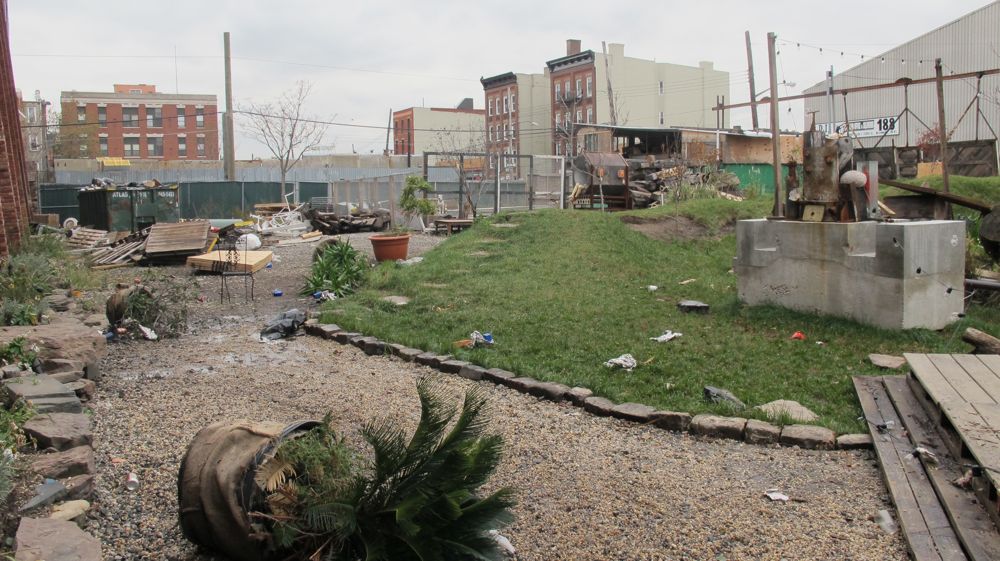 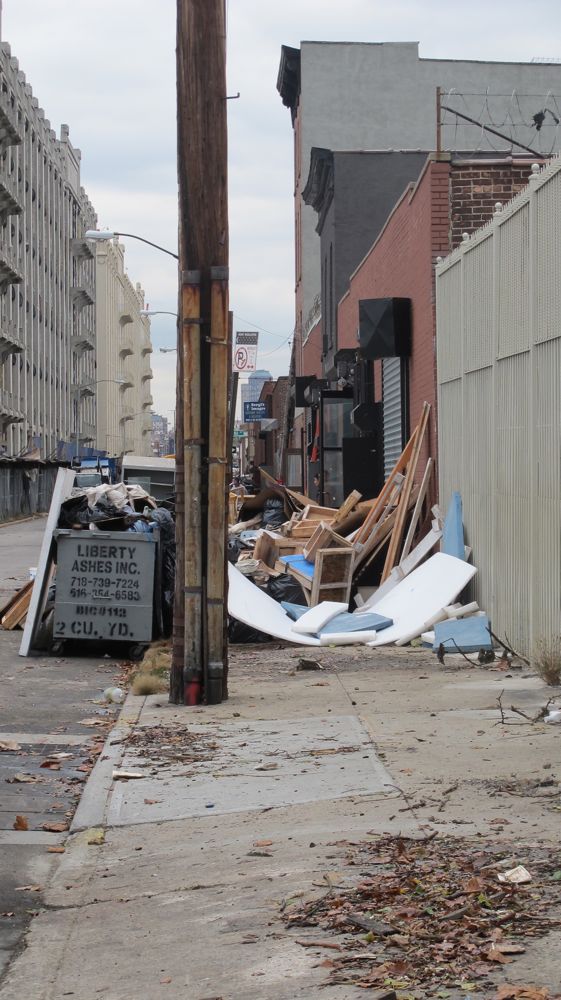 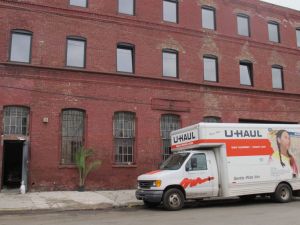 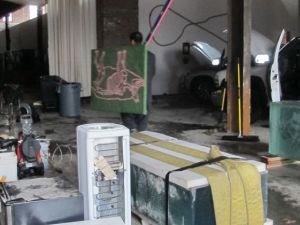 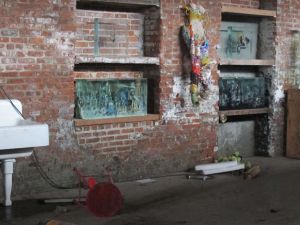 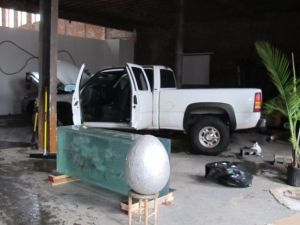 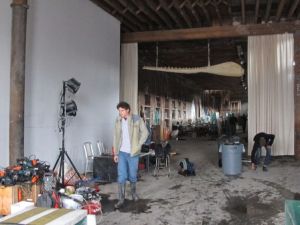 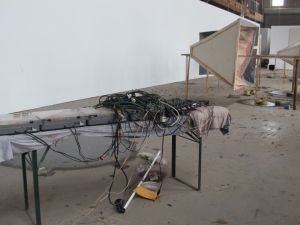 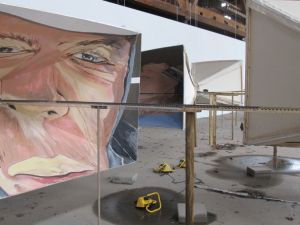 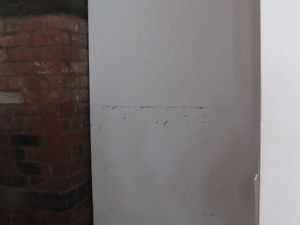 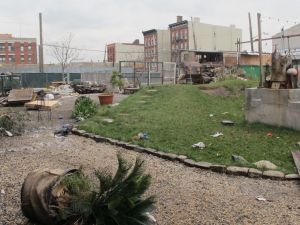 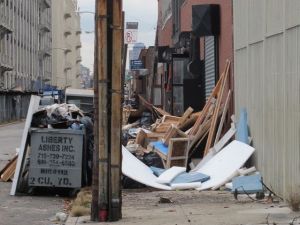 “Everything,” artist Dustin Yellin said yesterday afternoon, standing outside what’s left of his 15,000-square-foot Red Hook studio. “I lost everything.”

Wearing an an aqua blue beanie, a khaki jacket and tortoiseshell glasses, Mr. Yellin was holding his cell phone as he stood near the studio, formerly known as Kidd Yellin and located on Imlay Street, just blocks away from the . On the sidewalk outside the studio, which he renovated just three years ago with the artist Charlotte Kidd, was a mountain of gnarled pieces of wood, Styrofoam and black garbage bags—just one of many such piles dotting sidewalks all over the neighborhood.

“It started coming in by 5, 6 o’clock,” he said, recalling the scene as the storm approached on Monday evening. “By 8, it was crazy. By 9:30, it was out of control. By midnight, it was slowly moving out. I saw everything flood away. It was the craziest thing I’ve ever seen in my life.”

Despite evacuation warnings, Mr. Yellin stuck it out in his neighborhood as the nearby Buttermilk Channel surged, destroying nearly everything he had created as an artist and entrepreneur in the past few years. Just 100 feet away, the vast space known as the Intercourse, a 25,000-square-foot Civil War-era building that he has been transforming into a series of artist studios, was heavily flooded. “Everything was destroyed except my finished work, which seems built for these situations,” he said.

Despite his loss, Mr. Yellin isn’t despairing. “When you lose whatever you’ve built in your life and your world,” he said, “it only makes you and your community stronger.”

When the Intercourse opened in January, Mr. Yellin envisioned it as a utopian artist community. After spending $3.7 million to purchase it, he had been shelling out around $50,000 a month for renovations. Now friends and artists were moving dollies loaded with soiled artwork and personal belongings.

“Everyone had the attitude that it wasn’t going to be that bad,”  said Thomas Beale, an artist-in-residence at the Intercourse. “ I remember Dustin and Dave [Schinecoff] putting sandbags by the door and saying, ‘Is that going to be okay?’ It wasn’t even close to okay.”

He walked Gallerist to the garden behind the studio, where a Japanese tub he’d built had been moved by the from one corner of the yard, by a silver Airstream trailer, to the exact opposite corner, behind a dumpster. “It was basically spared,” he said.

Inside the Intercourse you could see the mark, a thin gray line, around five feet high on the otherwise-pristine white walls. The poured cement floors were covered with crushed plastic bottles and other litter that had been swept in by the flood.

Z Behl, a multimedia artist who has her studio at Kidd Yellin, wasn’t there Monday night when the storm hit. She said that Mr. Yellin and Ms. Kidd tried to save her drawings and paintings by moving them around, but the rose too quickly.

“It happened really fast and then it went down pretty fast,” Ms. Behl said. “All Dustin’s art and my art, it was like it had sex,” she continued. “It’s like this gross weird intermix of pieces. Really disturbing.”

Paul Korzan, another artist who was standing next to Ms. Behl and works in the same studio, said he had lost $4,000 worth of supplies in the flood. Nevertheless, they were looking on the bright side. “We’re going to have a techno-rave party,” said Mr. Korzan. “Why not? The space is empty.”