Silicon Alley Smackdown One of the many tech events on rain delay because of Hurricane Sandy was the Big Apple Smackdown ping pong tournament, whose guest list included an impressive number of familiar names from the New York tech scene. (Betabeat is one of the media sponsors, so we may be a little biased.) Among the techno-athletes scheduled to play was Gilt Groupe CEO–and soon-to-be Gilt Groupe chairman—Kevin Ryan. Apparently, we missed quite a show.

The tournament was scheduled for Sunday, “and I played on Friday and on Sunday just to get ready for it!” Mr. Ryan told Betabeat. Really? “Oh yeah, because I won a tournament about a month ago.” That was an invitation-only affair for ping pong ringers at the Hamptons manse of ABC Carpet & Home’s Ken Pilot. “You had to put $100 into the pot and the winner got two-thirds of the pot, so I was pretty excited about that,” Mr. Ryan enthused.

Mad that Sandy ruined your chance to see him action? You can drown your sorrows at Appular’s F#@K SANDY event this coming Thursday and throw one back for a good cause.

Make It or Break It Start-Ups: Silicon Valley glamazon Kim Taylor finally has a name for her soon-to-launch startup, and being the gymnast that she is, she’s named it after a move from Yelena Shushunova’s floor routine. The former NBA dancer will launch Shonova this winter, targeting the “millennial luxury fashion market,” because you can never have too many websites dedicated to selling expensive clothes to young professional women.

LOLfamous Speaking of Bravo, it appears that I Can Has Cheezburger founder Ben Huh is starstruck by himself. Following the premiere of his new Bravo show, LOLwork, Mr. Huh tweeted a link to his freshly-minted IMDB profile with the caption “So…this happened.” Don’t let the fame get to your head!

And the techno’s so loud USV ringleader and hometown hero Fred Wilson is wheels up and L.A.-bound today. However, his wife–Gotham Gal and investor-in-her-own-right Joanne Wilson–booked the tickets, and so he’s not flying his preferred airline. Instead, he’s flying Virgin, which is not his preferred airline and for a very specific reason: “I find flying on Virgin like going to a nightclub because of the lighting and I avoid it as a result.” We always suspected Mr. Wilson was more of an indie music club kinda guy, and this cinches it.

“Executive scent” It seems that, after several years of “sifting through the crap,” Team Thrillist has finally found the platonic ideal of brochandising. Behold:

So saucy Betabeat hates to clutch her collective pearls, but my goodness! Who knew the crowd at AllThingsD were quite so naughty? (Okay, we had an inkling.) Earlier this week, ATD doyenne Kara Swisher tweeted out the link to a colleague’s story, which had the headline, “Meet the Man Behind Those Hot Pink Mustache Rides.” Catalyst Group CEO Nick Gould immediately gave that the side-eye, noting that he “Can’t help wondering if @lizgannes is aware of the off-color meaning of the term “mustache ride.” Ms. Swisher didn’t miss a beat: “i mean I ASSUME she is. I am.” Duly noted.

Digging up history The Computer History Museum, located in Mountain View, California, is kind of like mecca for tech geeks. Contained within its hallowed walls are artifacts that tell the history of computers and videogames. Among those artifacts, apparently, is a copy of Windows 1.0, originally owned by Digg founder Kevin Rose. “My copy of Windows 1.0 on display!” Mr. Rose wrote in a caption for the below photo. A nerd’s dream come true. 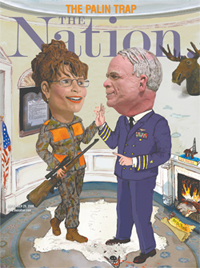