A New Jersey Republican congressman hasn’t drawn an absolute line against President Barack Obama’s post election entreaty to House Republicans, but if there is to be any budge in U.S. Rep. Jon Runyan (R-3), he needs to see more commitment on the part of the President to broad and significant tax reform.

“He believes that everything needs to be on the table,” Stacy Barton, Runyan’s chief of staff, said of the 3rd District congressman, as Obama wrangles with a majority GOP House of Representatives who want to re-up all of the so-called Bush tax cuts.

Obama wants to raise taxes on those income earners making over $250,000 to help close a federal budget deficit while extending tax cuts for middle income earners.

“Now we need a majority in Congress to listen, and they should start by making sure taxes don’t go up on the 98% of Americans making under $250,000 a year starting January 1,” Obama said in his Saturday radio address. “This is something we all agree on; that taxes on middle-class families should not go up.

Barton said there is no question that the country needs revenue.

“But we must pursue a balanced approach that includes spending reductions, tax reform, and a path to protect critical entitlement programs over the long term,” Runyan’s chief of staff said.

“Congressman Runyan is optimistic that there will be an agreement reached, and believes this is how things are supposed to work – with everyone coming to the table and putting their best ideas forward,” she added. “Congressman Runyan recognizes the severity of the challenge and looks forward to reviewing any and all balanced proposals that include reforms to the tax code and the elimination of loopholes. Since New Jersey is one of the highest taxed states in the country the Congressman doesn’t want to raise taxes, but is open to tax reforms that will result in increased revenues.”

In the closest congressional election in the state that the incumbent Republican still won convincingly, Runyan squeaked out a win in the Burlington County portion of the 3rd District, 89,018 votes to Democratic challenger Shelley Adler’s 85,863.

Obama trounced GOP challenger Mitt Romney, 115,951 to 79,110 in Burlington, or roughly the inverse of totals posted by the presidential and congressional competitors in the Republican-heavy Ocean County half of Runyan’s district, where both Romney and Runyan dominated.

The Runyan Office’s response to the fiscal cliff question allowed for more negotiating room than that of U.S. Rep. Leonard Lance (R-7), who devoured his Democratic opposition last week and has faced his stiffest challenges over two campaign cycles from Republicans to his right.

“If the President wants more revenues, he can achieve that through tax reform that generates more revenue by closing loopholes and carve-outs and making the tax code simpler and less burdensome,” Mitchell said. “This will lead to more jobs and a stronger economy and more federal revenue.

Mitchell dismissed the argument that Obama’s avalanche win in New Jersey should soften the resolve of congressional Republicans opposed to hiking taxes on upper income earners.

“While the president may have won New Jersey by 17, he lost NJ-7 handily while Leonard carried the district by 20 points,” Mitchell said. “So to some extent the Congressman has been given his own mandate by the voters not to raise tax rates but instead work with the President on comprehensive tax reform to create jobs and grow our economy.”

A survey by the Pew Research Center and the Washington Post released today found “51 percent of those polled said they don’t think Obama and Congress will be able to agree on a package of tax increases and spending cuts to replace the automatic reductions in government spending and the expiration of the Bush-era tax cuts scheduled for Jan. 1. Thirty-eight percent said they expected Obama and Congress to cut a deal,” according to the Washington Post.

Fifty-three percent said Republicans in Congress will bear responsibility if the deal fails, compared with 29 percent who said Obama will be at fault and 10 percent who chose both sides. 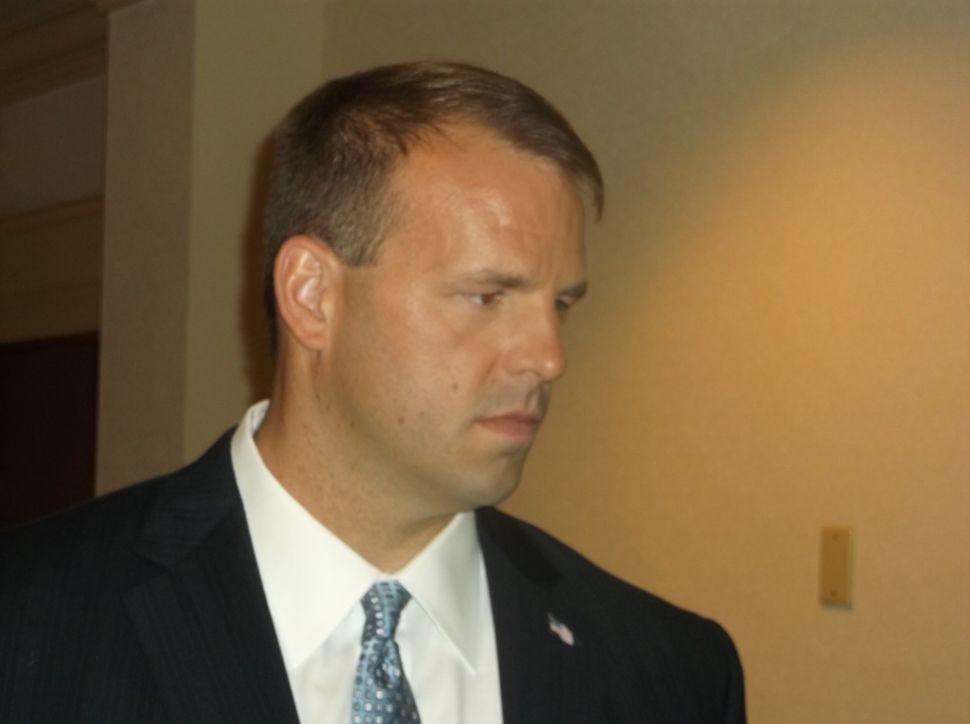