Hurricane Sandy finally got ex-Congressman Anthony Weiner to return to the scene of the transgression that cost him his seat in the House of Representatives–Twitter. Mr. Weiner took to the social media site this morning to post a link to a video encouraging people to support storm relief efforts in the Rockaways. It was hit first tweet since he admitted sending multiple women lewd photos and messages on the site before resigning from office in June 2011.

The Rockaways, which were part of Mr. Weiner’s congressional district, were hit especially hard by the hurricane. Mr. Weiner’s efforts to help the recovery there have also extended beyond the internet. A source told Politicker they spotted the former politician volunteering in the area earlier this week.

Mr. Weiner’s Twitter post simply included a link to the video without any words. It remains to be seen whether Mr. Weiner’s return to the site is just temporary or whether this is an attempt to dip his toe into the for a return to the public eye, which he has largely avoided since the scandal. Mr. Weiner has been rumored to be mulling a potential return to politics and is still sitting on an approximately $3.9 million campaign war chest from the planned 2013 mayoral run he was working on prior to his Twitter tumult.

Watch the Sandy relief video posted by Mr. Weiner below. 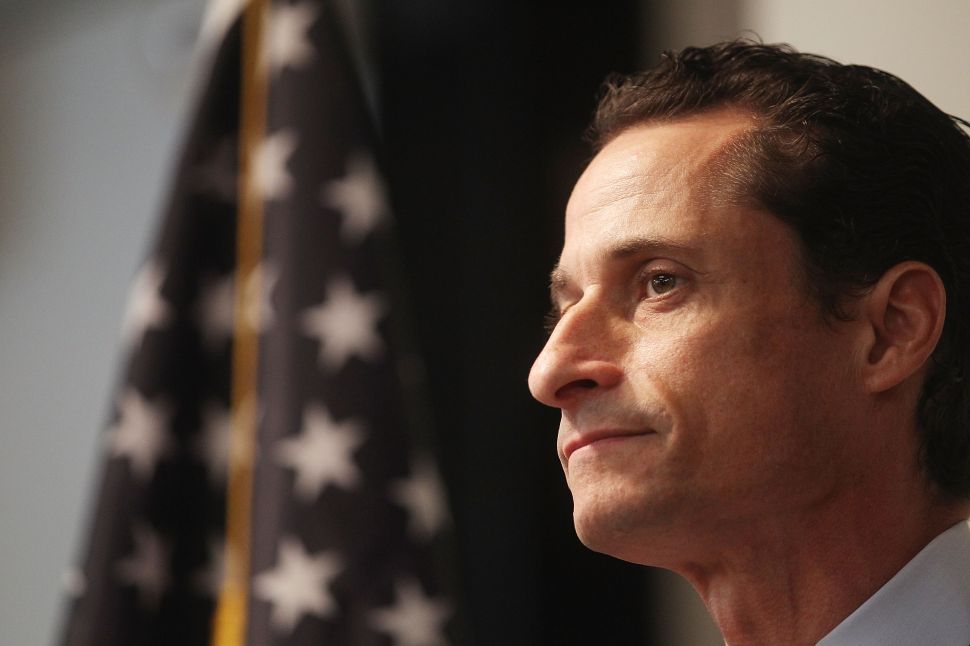