Two sources with intimate ties to Hudson County politics say it appears the Democratic Party here will indeed be consumed by an unshakeable desire to eat its own young in 2013.

In the aftermath of Connors’s brazen move, sources are starting to give more resigned nods to the inevitability of a countywide conflagration, with state Sen. Brian P. Stack (D-33) and JC mayoral challenger Steve Fuop presumably lining up on one side and state Sen. Nick Sacco (D-32) and Healy lining up on the other.

“I thought 2007 was bad, just like they once thought WW I was bad, the worst war ever fought,” said one source. “And then along came WW II.”

To date, neither Stack nor Sacco has endorsed a candidate for mayor in the nonpartisan mayor’s election, but the collision course appears likely given the HCDO’s commitment to Healy and Sacco’s powerful position within the organization.

HCDO Chairman Mark Smith said he doesn’t know what the future holds, but hopes to secure the proverbial “peace in our time.”

“I honestly couldn’t say,” Smith told PolitickerNJ.com. “If I had a crystal ball I could say, but I don’t. My sincere intent is to avert that (a Sacco versus Stack war).”

The mayor of maritime city Bayonne, Smith said he has been focused on recovery efforts in the aftermath of Hurricane Sandy.

His town was hit hard. 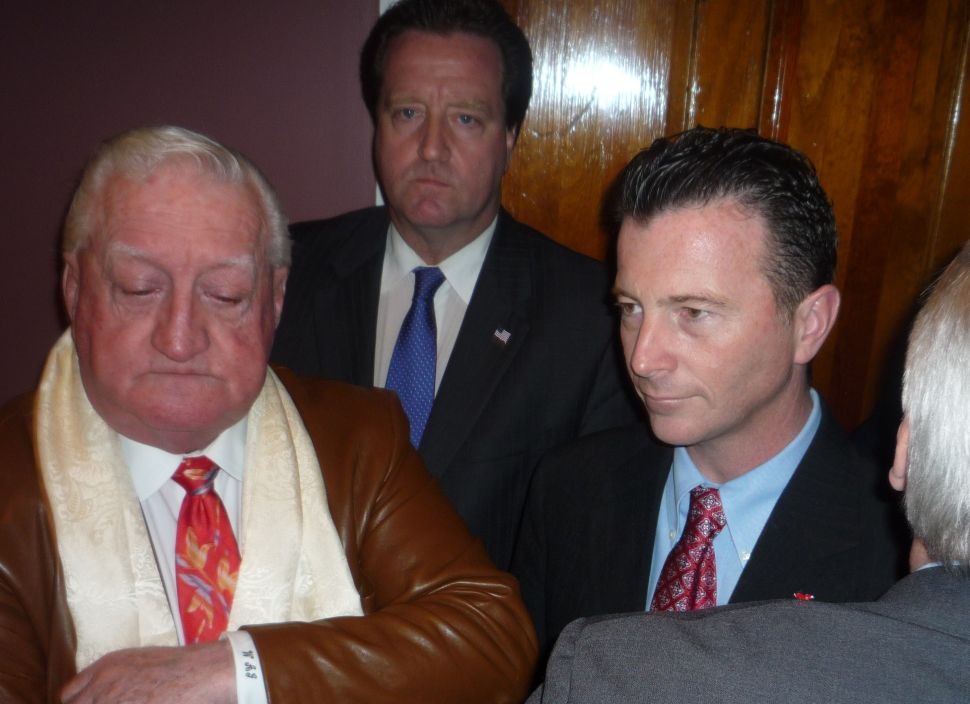