“Hi, Kara, this is the New York Philharmonic,” the voice on the phone says.

“I’m not interested,” I say, trying to get off the phone as quickly as possible, feeling, once again, like a total heel.

I don’t not want to support them; I just don’t actually want to.

“We aren’t calling for a donation,” they say, but that’s exactly what they are doing. “We are just calling to see if you enjoyed the concert last fall.” It’s a trap. No matter how you answer, the next question they ask is whether you would like to become a member. But I don’t. It’s not like I listen to Tchaikovsky on Spotify or air conduct along to Brahms. I played Mozart on the recorder in elementary school, but that’s about as far as my classical music appreciation goes. It can be a pleasant background, but it’s one I rarely choose.

And yet one Thursday evening last fall, I found myself at the Philharmonic, watching Alan Gilbert conduct Mahler’s Resurrection. As with most pursuits one enthusiastically embraces for a brief time, the catalyst was a love interest. My boyfriend at the time was a classical musician, and I still had a valid student ID. So I bought discount tickets. And I’ve regretted it ever since. “We see that you bought a student discount ticket to the Philharmonic in September 2011,” came one call. “You should become a member!”

I hang up, but the calls don’t stop. Every few weeks, I get a call from a number I don’t know. I don’t answer. The emails keep flooding my inbox; the mailman keeps delivering schedules and postcards and special offers and invitations to donate. I throw them all away. The classical musician and I have long since broken up.

I might need a new number. The calls still come regularly. Sometimes weekly, sometimes monthly. I forget about them for a while. And then, out of the blue, my phone rings. I get postcards almost every week. They knew what I did last summer … and it wasn’t going to the Philharmonic.

Turns out, it wasn’t just me.

It happened to a friend who went to see the Philharmonic as a requirement for a college music appreciation class. He didn’t appreciate it that much, and left at intermission. But years later, he was still getting phone calls asking for donations. “They were oddly personal and engaging,” he said. “I didn’t want to sound like a Philistine and tell them I don’t care about classical music.”

See, that’s how they work. That’s why people don’t tell them to screw off.

When confronted by a nice, well-modulated classical music fan, how is one supposed to say that you have no interest in supporting the symphony … ever?

I pictured earnest Juilliard student string musicians and middle-aged women lurking around the Upper West Side, hiding behind sensible shoes and Channel 13 tote bags. They probably can’t even conceive of not loving the symphony. How to break the news?

Though I’m not the most avid concert aficionado, it did seem like a pleasant, reasonable thing to do at the time. And it was practically free. The New York Philharmonic offers rush discount tickets for just $13.50 on the web, so students and seniors can go to Avery Fisher Hall and watch Alan Gilbert conduct the orchestra. It seemed like a great deal when I purchased the tickets online. How did I know that those little red asterisks next to the required fields—phone number, email and home address—would come back to haunt me?

I’ve gotten discount tickets through TKTS, and to the Met and ABT and Alvin Ailey and random Off Broadway plays. They send emails. Sometimes postcards or schedules. And I get dunning emails from college, high school, even my elementary school. I once was plagued by a collection agency when I forgot to pay for a $15 subscription to Rolling Stone. After enough threatening letters about ruined credit, I eventually wrote a check. But the collective hawking might of these institutions has nothing on the Philharmonic.

A blogger who writes under the handle Miracle on 32nd Street had the same experience. After she stopped answering the Phil’s phone calls, they called her mother—despite the fact that neither of them still lived in New York.

“During the two years I spent in New York City, I attended a total of two concerts sponsored by the New York Phil,” she wrote. “Somehow, this meager action led them to believe that I’m a.) wealthy, b.) philanthropic, and c.) NOT plunged into grad school debt.”

Look, I get it. Youth is a prized demographic. The Philharmonic’s supporters are aging and dying off; the institution needs young people to replace them, and $100-a-year, tax-deductible memberships are a good place to start. Great art costs money. And there’s more than my own financial welfare at stake. Corporations need to see engagement numbers to know that an organization is viable before they are willing to underwrite programs. Matching grants are only given if the organization is making its own money off of pledge drives. And so they call. And call again.

Still, it’s annoying. There are other needy institutions in the world—and plenty more Philharmonic-going malcontents where I come from. A quick Google search of the phone numbers takes me to message boards where those assaulted by the N.Y. Phil’s fund-raising exchange tales of woe:

“Suspect that its the NY Philharmonic or similar performing arts org. I’ve had lots of missed calls from variants of this, -2245, -2246, -2251, -2242, etc.” wrote one victim. “I stopped answering this pattern when the NYPhil (to which I have been a contributor) pissed me off.”

“Received missed call from this number today; no voicemail left,” recounted another. “Wondering where it came from and the comment regarding the NY Philharmonic makes sense.  They have called me before.”

“I also got a call from this number. I didn’t recognize it as the usual NYPhil number … but I can’t think of any other 212 number which would call me at 9 in the morning.”

“Not a day goes by without a call from this # or a one similar to it. The NY Philharmonic, apparently. I went there once on a student ticket—I don’t have any $ for them, and even if I did, wouldn’t give it with these aggressive tactics. Stop calling!!!”

I want them to stop, but I do feel a little bit guilty. These fund-raising drives aren’t just the lifeblood of arts organizations. They are a source of employment. The New York Philharmonic advertises on Craigslist, promising up to $15 an hour, the ability to work from home and free tickets. In this downturn, these underemployed viola players must really need the gig. The holidays are just around the corner, and new sheet music doesn’t grow on trees.

Ugh. And still, I want to be rid of them. I turn to an expert for help. Fund-raising consultant Robert Swaney tells me that being evasive and vague about “not being interested” won’t work. Nor will just hanging up or claiming to be too busy to talk. Only seven words will work, he says. And they are: “Please take me off your calling list.”

Haven’t I tried that? I think I have. I’ll try again. I really hope it works this time. At this point, I’m ready to get a burner phone, like in The Wire. Make a fake email address. Offer up a mortal enemy’s home address. March over to Lincoln Center telemarketing HQ and personally …

Hang on, I think I hear my phone ringing. 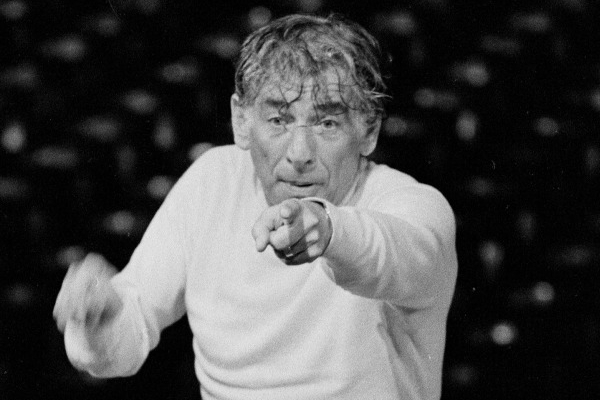