“Everyone who votes for the president via email or fax may run the risk of his or her vote not being counted,” Tambussi said.

States can set days for senators and representatives, but not for president.

He cited Article 2, Section 1 in which the Constitution notes that in the case of a presidential election,  the “day shall be the same throughout the United States.”

“My opinion is there’s the risk that for president your vote may not be counted,” said the attorney, who added that he would expect legal challenges in the case of a close election.

A Democrat, Tambussi famously fought another Guadagno decision – the one that jettisoned Democratic candidate Carl Lewis from the 8th Legislative District ballot on the basis of his inability to prove a sufficient period of New Jersey residency to run for the state Senate.  That decision ultimately went against Lewis, who did not appear on the ballot.

The Lt. Governor’s office defended the decision as a measure to prevent the disenfranchisement of potentially thousands of voters.

In a statement, Guadagno spokesman Ernie Landante said, “We want to make sure that New Jerseyans displaced by the storm and first responders who are away from home because they’re helping our state recover are not disenfranchised and have access to a ballot.”

The deadline to count the ballots had been Tuesday at 8 p.m., however county clerks have been swamped with requests for email and fax ballots, which are available to voters displaced by Hurricane Sandy.

According to the directive released by Guadagno, the deadline to apply for the ballot remains Tuesday at 5 p.m., however county clerks will now have until Friday at 12 p.m. to respond to the application.

The American Civil Liberties Union of New Jersey is slated to hold a telephone news conference shortly to update reporters on some of the concerns the good government group has had today with voters’ access to ballots. 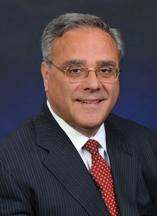