Of all Mike Bloomberg’s many initiatives to turn New York into the Silicon Valley of the 21st century, one stands out as the centerpiece of his master plan: the applied sciences campus. After a battle royale with other schools including Stanford, Cornell emerged the winner with its proposal to build a Roosevelt Island satellite. Now, with classes scheduled to start in January, the city’s techies are left watching and waiting for graduates to fill all their open jobs.

The professor was poached from UCLA, where her work on embedded sensing networks landed her on lists like Wired’s “50 People Who Will Change the World” and CNN’s “10 Most Powerful Women in Tech.”

But more important than her research is the tone she’s already setting as a founding faculty member. Her commitment to open source—the principle that the fruits of technological research ought to be shared freely—should pique the interest of even the most reticent founders. “Open source is a shared good from which everyone benefits and on which tremendously successful commercial and social ventures are built,” she told The Observer. It also means even the city’s scrappiest startups might have a chance to build on breakthroughs that emerge from the school’s state-of-the-art labs, without ponying up for pricey licensing fees.

What drew her to the school, she said, was the promise of  “innovation that crosses all sorts of boundaries: the boundaries between academia and industry, theory and application, teaching and research, commercial and social good.” In fact, her current focus—personalized, mobile healthcare—could have implications for that lagging biotech sector city officials are so desperately trying to build.

Back to the beginning. 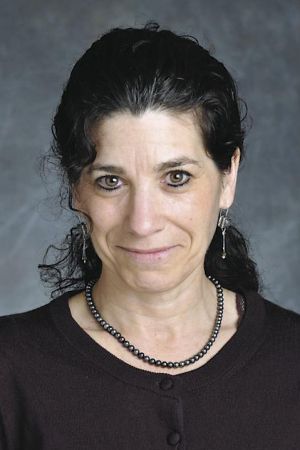