“This is not a job to me,” the mayor said. “This is what I do; government. Between my mayor’s and state senator’s salary and weddings, I make $85 000 a year, if I’m lucky. I love government. I really enjoy government more than politics.”

Hours earlier, the FBI had swarmed the fourth floor of City Hall to scour the records of the Community Development Agency as sources speculated about alleged bid-rigging involving a local mason contractor.

“As confirmed by media outlets, a search warrant was executed upon the offices of the Community Development Agency by federal agents,” Stack said in a statement. “Both the agency and the city are fully cooperating and will of course continue to cooperate with authorities.

“Union City prides itself on the integrity of all agencies and staff, and if it is determined that any staff member committed misconduct, we will take immediate and appropriate action against that staff member.”

The FBI has not talked to Stack, he told PolitickerNJ.com editor Darryl Isherwood. Stack offered to talk and they didn’t want to, he said.

Run out of the fourth floor of city hall, the CDBG program administers federal funds for sidewalk and façade improvement and street paving.

Stack said he knew Lado well enough to say hello and goodbye, that was it; and reiterated his commitment to helping the FBI root out any wrongdoing in his administration.

“This is my life,” said Stack. “I would not allow anyone around me to be involved in anything illegal. I would be the first one in here stopping it.”

The FBI’s raid of City Hall came amid an ongoing and intensified North Hudson County skirmish between Stack and neighboring North Bergen Mayor/State Senator Nick Sacco (D-32), an ally of the HCDO’s.

“As many problems as Nick Sacco has in North Bergen, I don’t take pleasure in them hurting,” Stack told PolitickerNJ.com last night.

But as they occupy opposing sides of a turf war, political hurt is what Stack and Sacco repeatedly and historically have experienced in the form of fledgling investigations by different arms of law enforcement.

An ally of Gov. Chris Christie’s, Stack read news reports just last month about the state Attorney General delivering subpoenas in North Bergen as part of an investigation into the city public works department. The reports surfaced around the time the governor began aggressively publicly denouncing Sacco at his town halls for his practice of triple dipping: hauling in over $300,000 annually as a state senator, mayor and schools superintendent.

A public admirer of the Republican governor’s, Stack last night again amid a federal investigation into his administration reiterated his approval of Christie in the strongest terms, declaring his support for the national-sized political leader from the other party. Last year, Stack called the Republican “the greatest governor the state has ever had,” infuriating Christie’s most partisan countywide enemies. 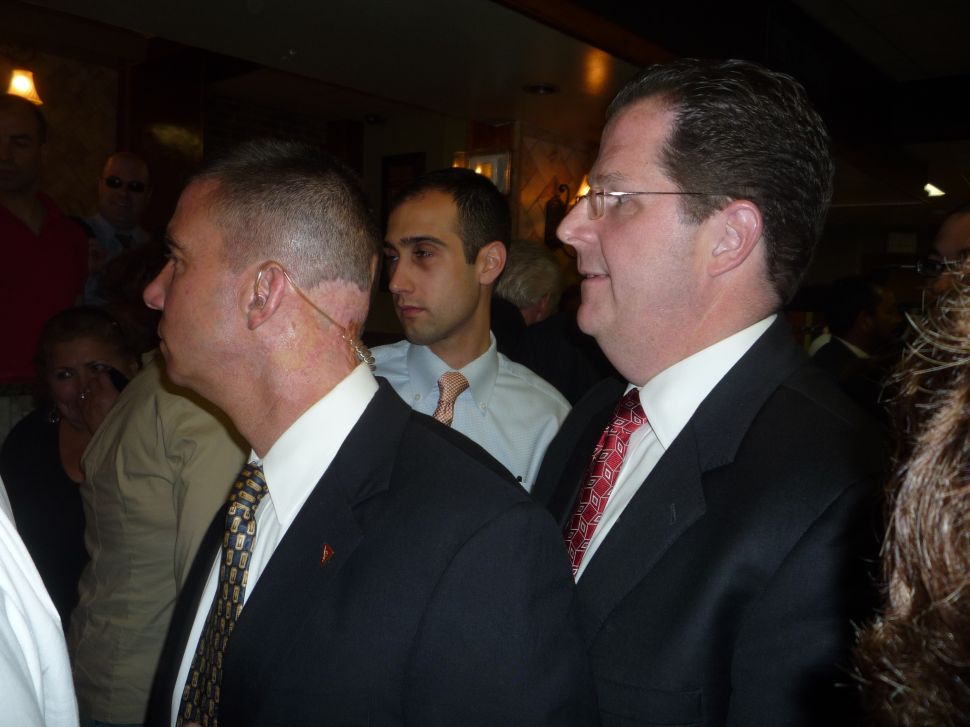