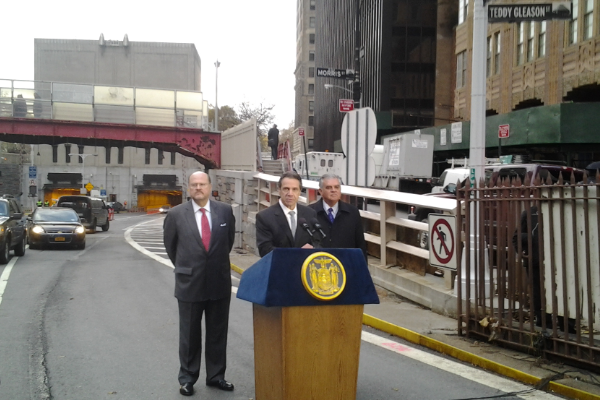 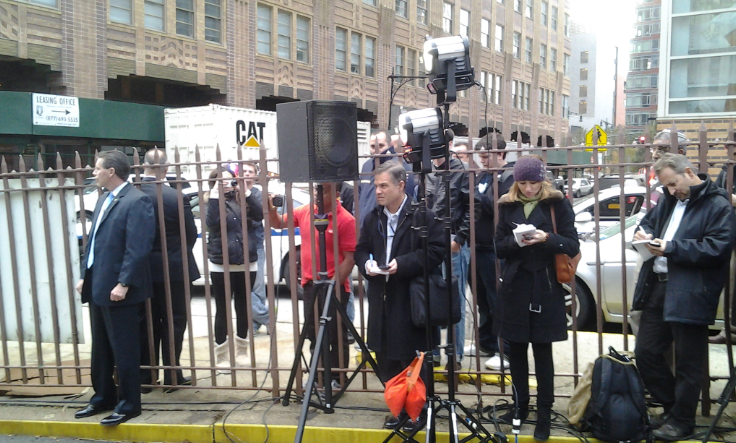 The governors fans had come by to take pictures and cheer. Or were they Joe Lhota boosters?
mchabanobserver 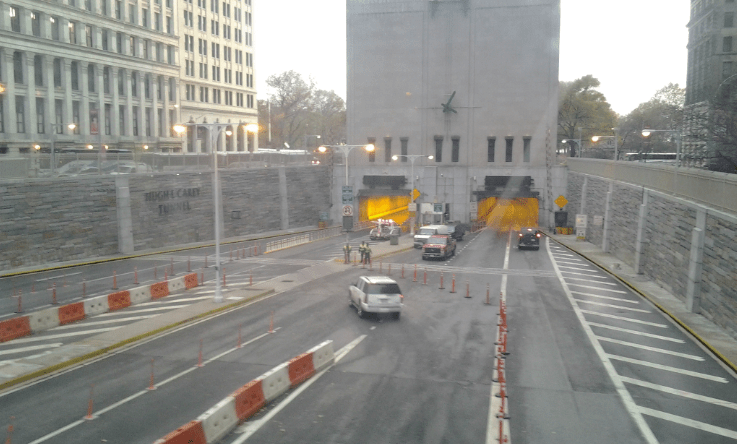 Not moments later, a lone Escalade made its way into the tunnel, which buses had been traversing all day for the first time since Hurricane Sandy shut down the tunnels.
mchabanobserver 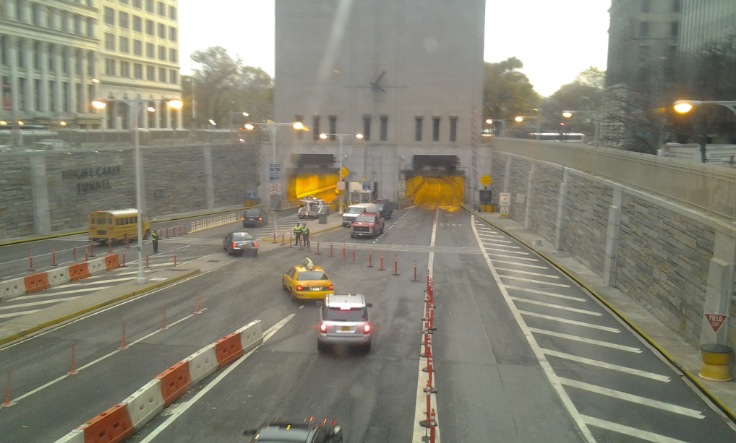 Already the cars are lining up...
mchabanobserver
Advertisement 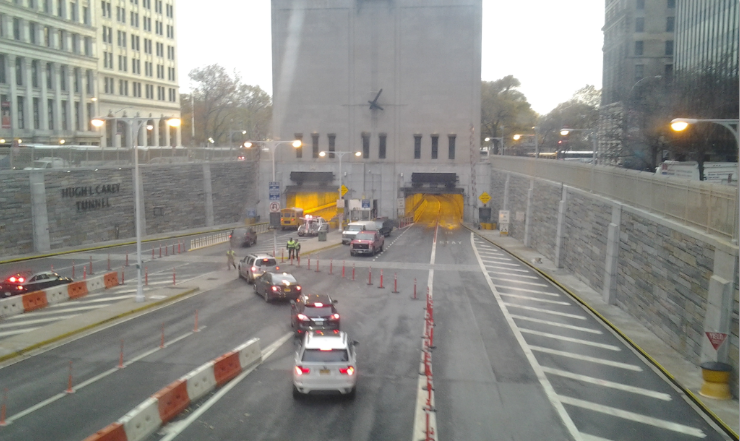 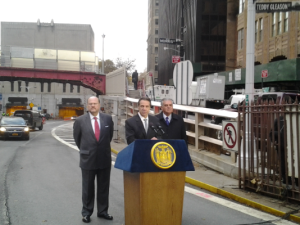 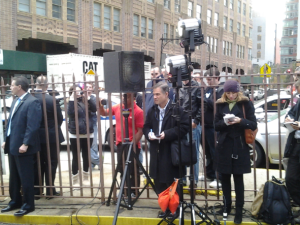 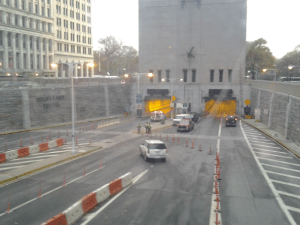 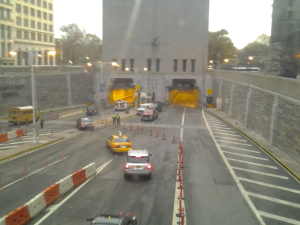 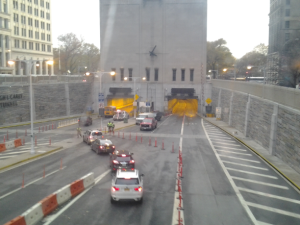 Governor Cuomo came to the mouth of the Hugh Carey Brooklyn-Battery Tunnel less than an hour ago with U.S. Transportation Secretary Ray LaHood and MTA chief Joe Lhota to announce that one tube of the formerly flooded tunnel would be opening to traffic at 4 o’clock today. Within minutes of his entourage departing,  the cars did indeed begin flowing in. Town cars, Range Rovers, some foreign and domestic sedans, at least two Cadillacs and, of course, numerous cabs.

It was a regular stream of New York City wheels. And as so often happens when such vehicles tend to cluster, there was a back-up. Yes, traffic. Perhaps life is getting back to normal.

“In many ways, for me, this site a metaphor for the entire storm,” Governor Cuomo said, from the awesome power of Mother Nature that first hit the city during Hurricane Sandy to the awesome rebuilding effort the MTA and others undertook.

“Now, only 15 days later, we are back in business,” the governor said. “It’s a story of rebirth and rebuilding we are seeing all over.”

Currently the east-bound tunnel is open only during rush hour, with one lane dedicated for cars and one for buses. In the morning rush hour, vehicles may travel only into Manhattan, during the evening rush, it will be in the other direction, with cars going into Brooklyn.

“It’s like night and day, thanks to the round-the-clock efforts of the MTA Bridge and Tunnel team,” Mr. Lhota said.

Correction: Based on information from the governor’s office, a previous version of this story said two lanes each for buses and cars was open today, but the MTA explained there is one lane for each. The Observer regrets the error.