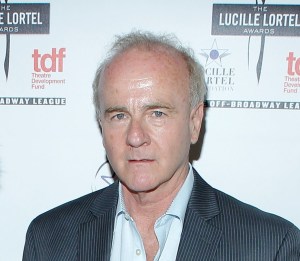 The Eli and Edyth Broad Art Museum at Michigan State University, in Lansing, Mich., is set to open on Saturday, Nov. 10., and City Pulse, an alternative newspaper in the city, just published hefty profiles of many of the museum’s top administrators. They’re all good, long reads, but the portion on the Broad’s director, Michael Rush, is particularly interesting.

Mr. Rush, you may recall, was director of the Rose Art Museum at Brandeis University in Waltham, Mass., until he resigned in 2009 to protest a plan floated by the university to sell works from the museum’s collection in order to raise money for the school. That plan was eventually scrapped.

So what’s Mr. Rush’s story? City Pulse reveals that, on his way to becoming a curator and museum director, Mr. Rush took a pretty remarkable career path that included time as a Jesuit priest in the 1970s. From the story:

His eyes flash with Jesuitical fire when he proselytizes the glories of art. In the 1970s, he was a Jesuit priest. He has bachelor’s and master’s degrees from the Jesuit College of Arts and Letters at St. Louis University.

“I knew about the Jesuits’ connections to the Baroque, Jesuit Baroque churches and so forth,” he said. “The Jesuits have a very strong history with the visual arts, and they are fundamentally educators. I imbibed that in my 15-year experience.”

Later he was an actor on television shows, including Law and Order, and also—no joke—got a doctorate from Harvard in psychology.