That seems to be the message of the MTA, which restored G trains service earlier this morning. Everyone is eagerly awaiting the resumption of the L train between Eighth Avenue and Broadway Junction, everyone meaning the unwashed masses of the city’s hipsters. The L line, which was pumped out yesterday, had the worst flooding of any subway tunnel, according to the MTA,   now, to prove just how tirelessly the agency is working to get the L back up and running, here’s a video to show the work going on. 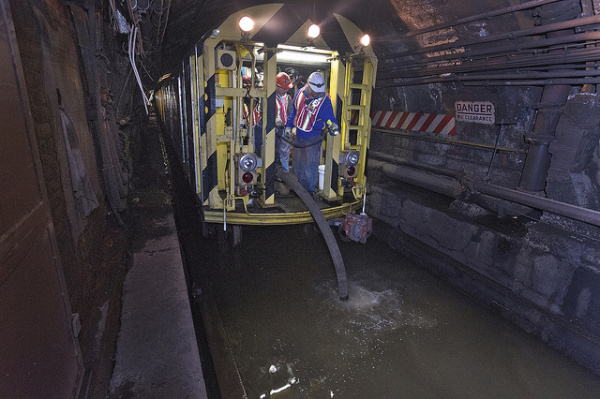