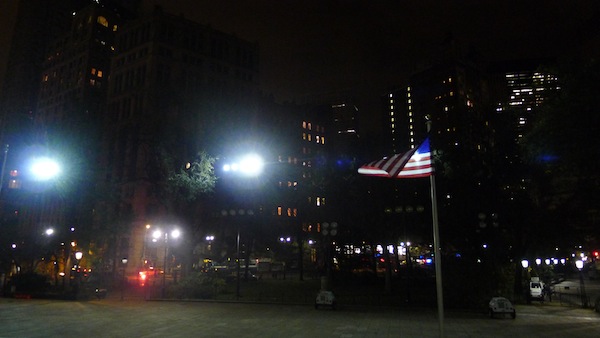 The view from the steps of City Hall.
mchabanobserver 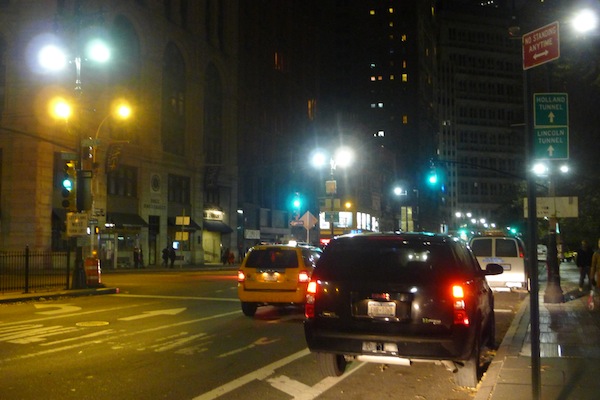 Have you ever been so happy to see a green light?
mchabanobserver 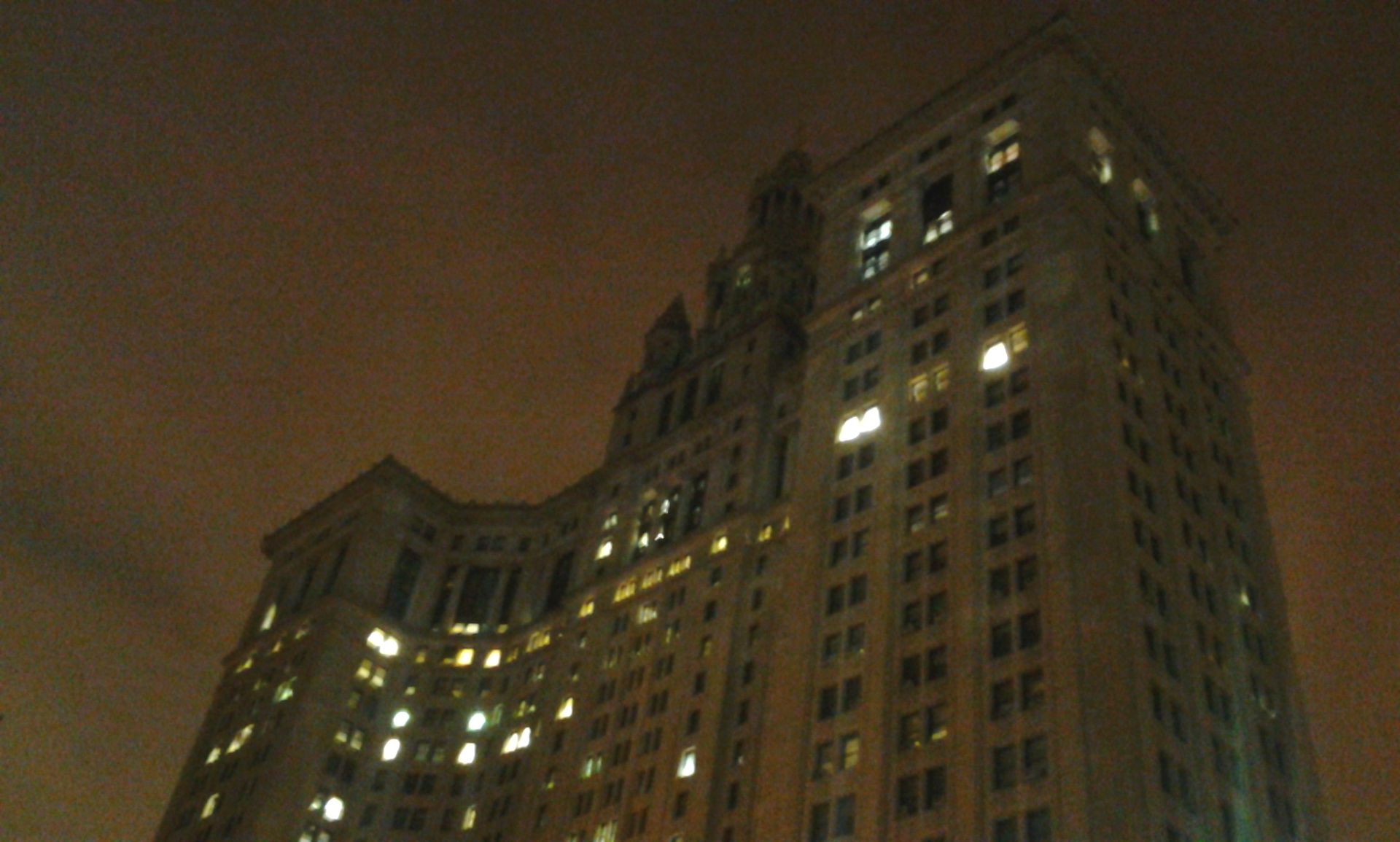 Lights were back on in the Municipal Building.
mchabanobserver 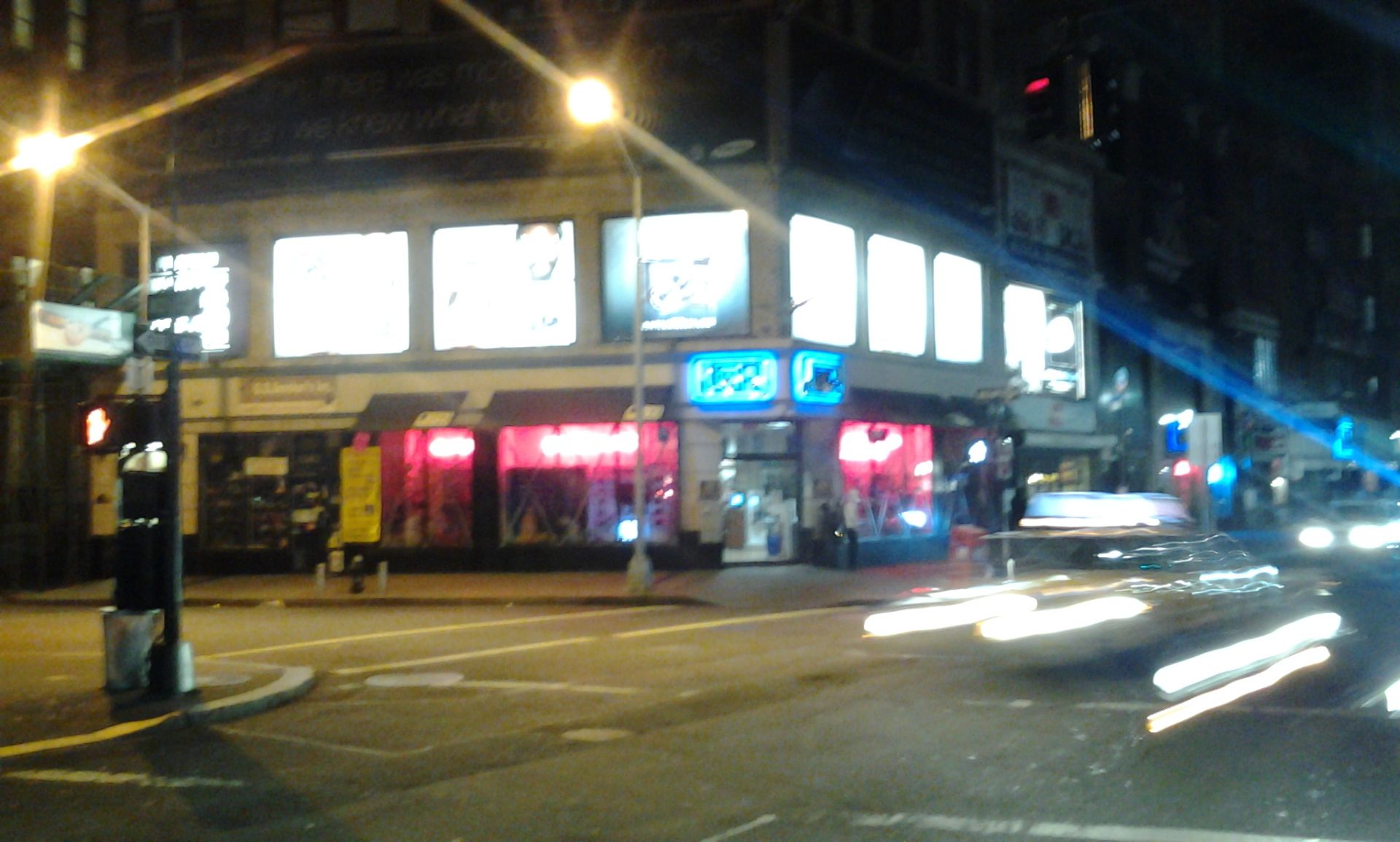 It's closed, buy the lights came on inside J&R.
mchabanobserver
Advertisement 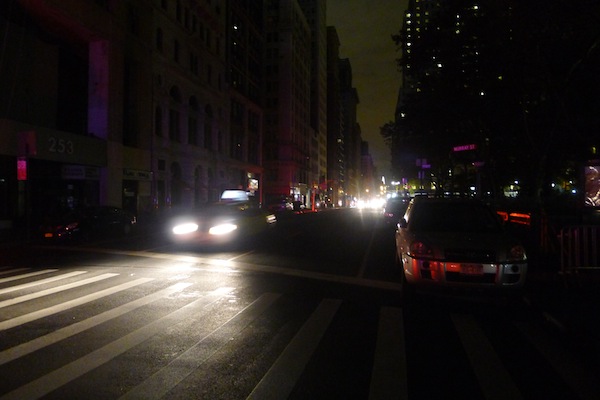 It seemed almost all the lights were on downtown, but not totally, as a few blocks on the west side of City Hall were still dark.
mchabanobserver 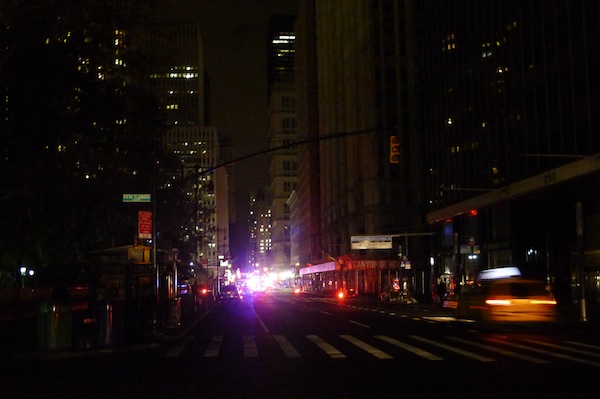 This left a stretch of Broadway eerily dark.
mchabanobserver 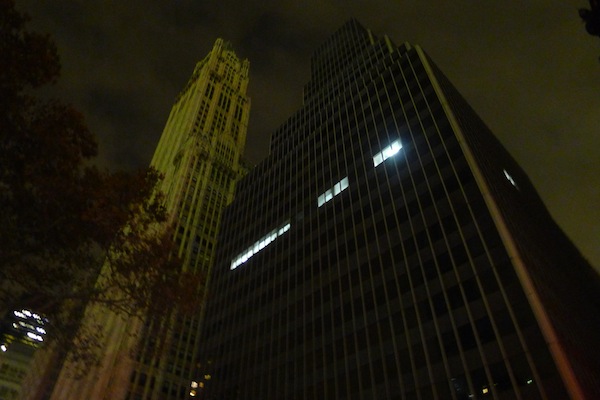 The Woolworth Building was still dark, as was 250 Broadway but for one floor, likely home to some government offices (the entire building houses state and local agencies).
mchabanobserver
Advertisement 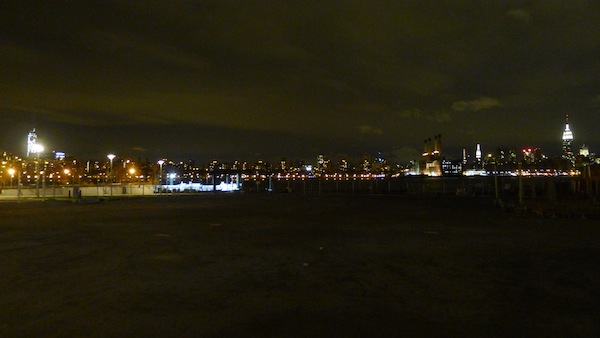 Has the skyline ever looked so beautiful?
mchabanobserver 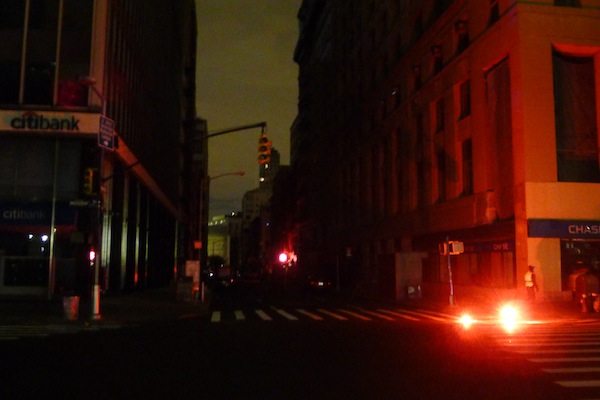 A cop still stood guard, helping people cross the street, and the bar, under the neon sign down the block, was open.
mchabanobserver 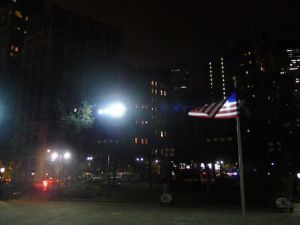 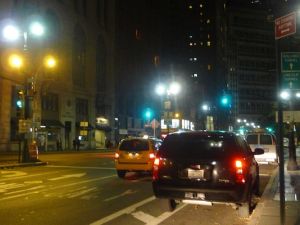 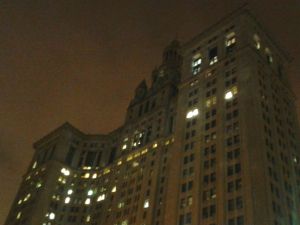 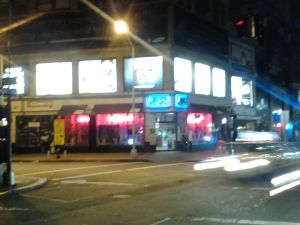 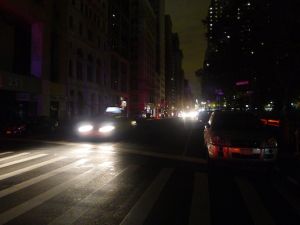 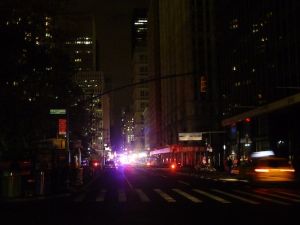 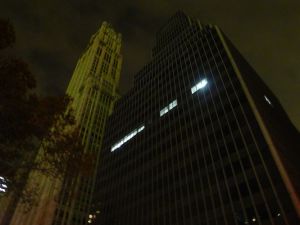 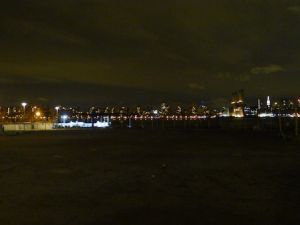 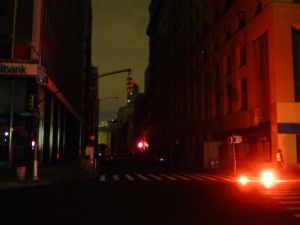 A little over an hour ago, the lights surrounding City Hall came on. The Village and Lower East Side had already come back, and it was only a matter of time for us. The Observer ducked outside to see what was and wasn’t working, and we saw a lot of buildings, the wavy New York by Gehry among them, that were still dark. The blocks immediately west of City Hall were also still dark, though further downtown was illuminated.

The MTA has been saying it would have the subways up and running within two hours of getting the power back, but they’re not there yet, apparently. Though the subways were supposed to be a priority, power above ground does not necessarily mean power below. “We’re not expecting anything right now, but I also wouldn’t count it out,” an MTA spokesman said. So the subway wait continues.