WAYNE – Drawn and quartered in national elections, Republicans look to regroup under the auspices of Gov. Chris Christie next year in one of the state’s most diverse enclaves: Passaic County.

“I think the numbers were so tremendously against us, we have to reach out,” said John Traier, chairman of the Passaic County Republican Party.

The trouble, however, is the GOP here doesn’t need the national party’s unraveling to essay a strategy change.

They’ve been there and done that.

And it didn’t work.

Republicans unfurled sequoia-sized banners  in Paterson with sheriff’s candidate Felix Garcia’s face on them in an attempt to play for Latino votes.

They got routed, 57-43%, as Democrats who lost their freeholder incumbents a year earlier happily described a Republican urban effort that simply enabled Democrats to put on the war paint for Richard Berdnik.

But Traier, who won a bloody intraparty fight for the GOP chairmanship in large part by appealing to Republican committee members in Paterson and Passaic cities, insists the GOP can’t win without appealing to urban voters.

“You have to,” he told PolitickerNJ.com. “You have to bring more people of color and more women into the base.”

He’s encouraged by the fact that Gov. Chris Christie will be at the top of next year’s ticket.

“It’s a two-fold issue for us,” Traier said. “We have to bring support for the governor and his policies and we do that by identifying excellent candidates at the county and legislative levels. I think we can be successful in Passaic County.”

“You’d think if he were serious about doing that he would have called me by now,” said the GOP chairman. “He hasn’t.”

So is Frank Feenan, a detective captain with the Passaic County Prosecutor’s Office.

For his part, the chairman takes his victory in June as a sign his party can capitalize on past efforts to reach out beyond the northern confines of Passaic. Moreover, he sees Garcia’s 2010 bid not as a failure but as a good faith effort that could make another try all of a piece and not some stunned reaction to this year’s national outcome.

“We’ve made tremendous strides building this party,” Traier said. “A bad national environment this year is not a way to judge this party next year.” 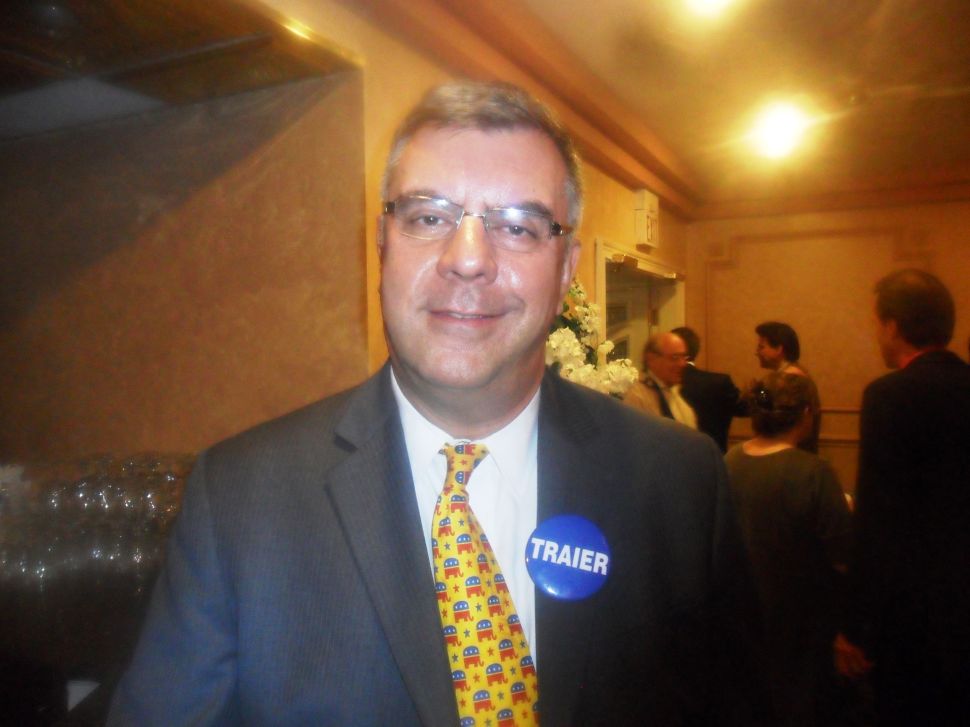