Angus T. Jones, the 19-year-old currently starring as the former adorable pudgester Jake Harper on CBS’s Two and a Half Men has turned out, unsurprisngly, to have a pretty weird vision of how the world works.

On the vlog of religious website Forerunner Chronicles, Mr. Jones today released a video in which he calls the show that has made him and his co-stars a truckload of money “filth.”

“I’m on Two and a Half Men,” Mr. Jones said. “And I don’t want to be on it. Please stop watching it, please stop filling your head with filth.”

That’s one way to break a contract in a hurry. The show has yet to comment on the star’s outburst, but if the network reacts as it’s done in the past, he’ll be replaced next season by Wilmer Valderrama. 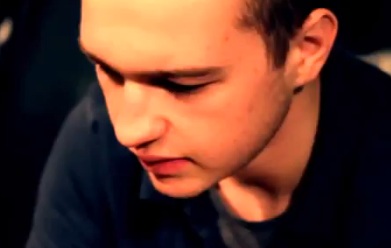