Earlier today, The Observer wrote an article that detailed the controversy surrounding the deaths of 27 animals at a Warner Brothers-owned farm in New Zealand. The Wellington farm housed trained animals for Warner’s $500 million production of The Hobbit.

While we cast some doubt over the timeline of the events that apparently exonerated both Peter Jackson and the American Humane Association (which is the only organization allowed to issue those “No Animals Were Harmed”™ disclaimers) from investigating the deaths, PETA–which is protesting the film’s release–offered us some insight into the matter.

Thank you for your thoughtful and challenging piece on The Hobbit. I can address this:

“The timeline is also dubious, because the wranglers who stepped forward to identify themselves to the press—Chris Langridge, Lynn Langridge and Johnny Smythe—had all complained about the conditions of the animals during 2011, and were either fired for arguing with their bosses, or quit in frustration after getting no reply from management about the letters they sent. Letters about horses with broken backs and sliced-open legs, and mysterious cover-ups on autopsy reports.”

The whistleblowers initially came to PETA in September this year after seeing that we exposed the deaths on Luck as well as issues on more than a dozen AHA-monitored films. (I put AP in touch with them.) Johnny Smythe had initially tried to get press attention on the horse deaths in 2011, but it never got out of a local paper in New Zealand.

American Humane inspects housing all the time, so I don’t know why they’re pretending they don’t. And they certainly knew of issues as far back as 2011. Below is an email sent to them by a New Zealand reporter in November 2011, which was leaked to us. AHA also acknowledges in its review of the film that it wasn’t present for all filming of animals, so I don’t know how Mr. Jackson can claim they were.

Hi,
I am a reporter for New Zealand newspaper The Dominion Post.
I received a tip this morning that animals being used in the making of the Hobbit films have been mistreated. According to the person who gave me the tip, so far 3 horses, 6 goats, and 5 sheep have all died preventable deaths.
In one case I understand a small pony was put in a paddock with a larger, violent horse, which killed it. Another horse fell off a bluff, and another died from being given too much ‘hard feed’.
Goats have apparently been put into paddocks with no roughage.
I was wondering if your organisation had received any complaints along these lines and if you had any concerns?
Thanks for your time.
Tom Hunt.

Checking the date of the journalist’s email, he sent it in November of 2011, well after the “early 2011” upgrades the Mr. Jackson and the AHA claimed they made. 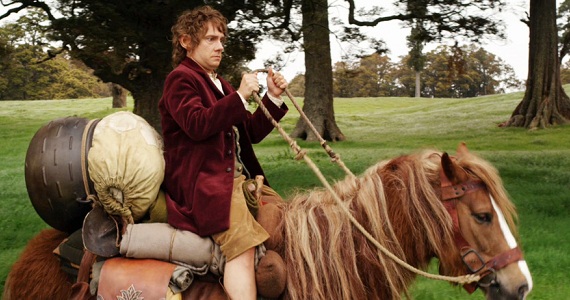