Senior management assistant for the Newark City Office of the Administrator, White (pictured) worked for U.S. Rep. Bill Pascrell (D-9) from 2000 to 2005.

“I set up a screening committee,” said the party chairman. “Anyone who’s interested should send me a resume.”

Councilman Bernard Hamilton in Bloomfield has also expressed an interest in the Freeholder Seat.

Payne formally vacated the seat on Nov. 16th to assume his fulltime duties as a congressman in the 10th District. The new congressman replaced his father, the late U.S. Rep. Donald Payne (D-10). 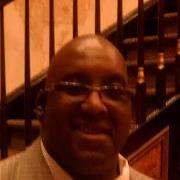