Television personality Barbara Walters was in the statehouse today interviewing Gov. Chris Christie as part of the release of her “10 Most Fascinating People of 2012.”

Christie’s was one of seven names revealed Monday.  The remaining names as well as the top name on the list will be revealed on December 12.

Asked why Christie was chosen for the list, Walter said Christie was picked because of “the way that he handled Hurricane Sandy and the fact that he’s probably now the best known governor in America.”

“It was a very easy interview,” Walters said. “He’s extremely easy to talk to.” 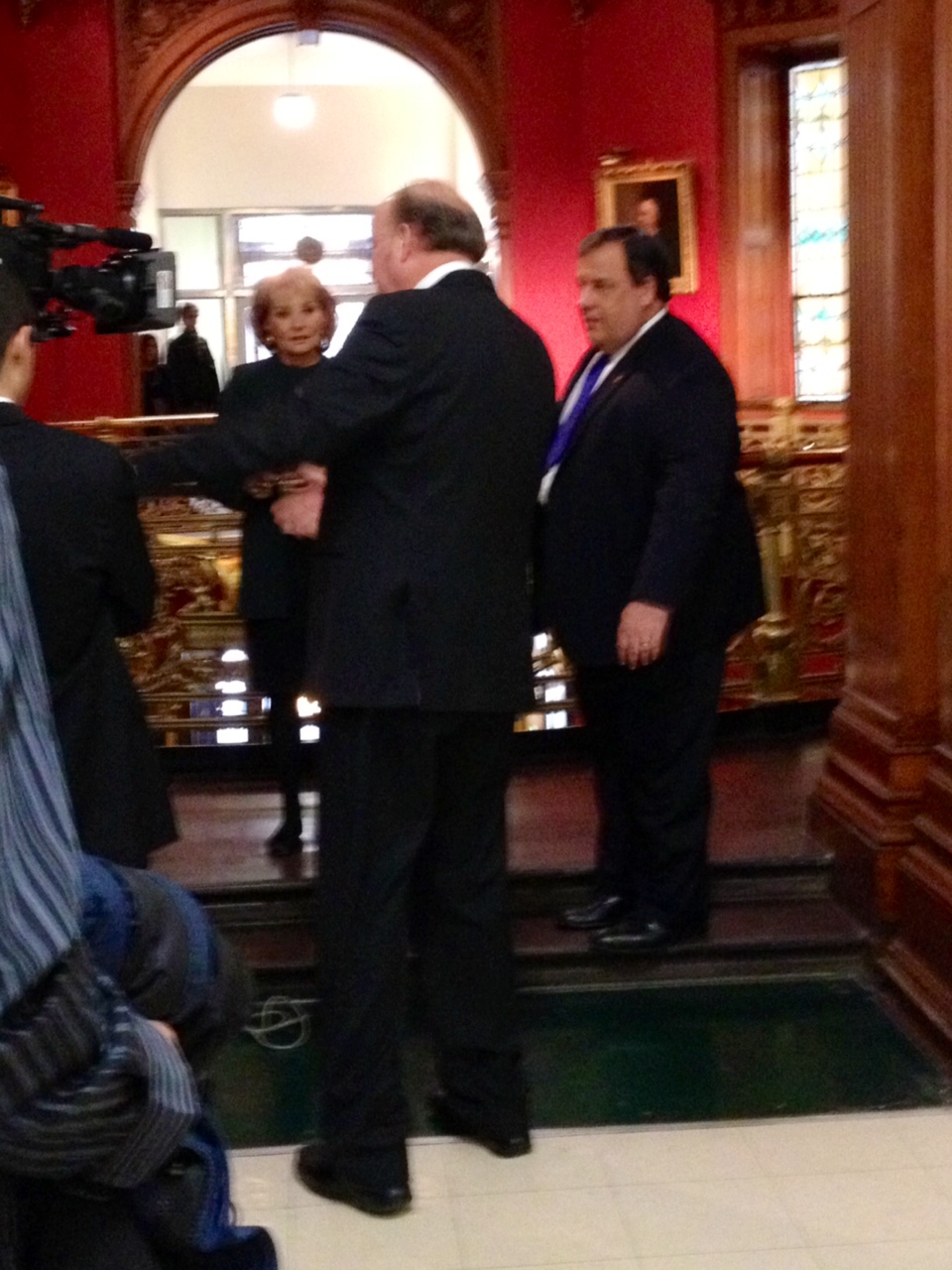