Yesterday evening, most of the candidates for next year’s mayoral election gathered for what may have been their first sit-down under the explicit assumption that each of them–including those who have yet to announce their campaigns–is actually running to replace Mayor Bloomberg in 2013. The discussion, hosted by GothamSchools.org and Manhattan Media, featured Republican Tom Allon, the C.E.O. of Manhattan Media, and four Democrats, Council Speaker Christine Quinn, 2009 nominee Bill Thompson, Public Advocate Bill de Blasio and Comptroller John Liu.

While there were numerous reviews of the event, in case you wished to view the full forum in all its glory, we filmed it with the assistance of Capital New York’s Azi Paybarah: 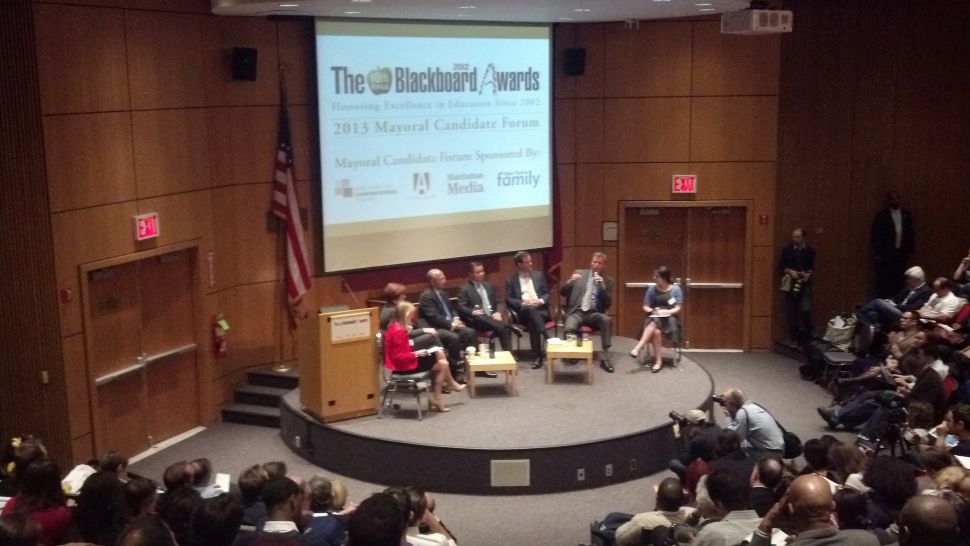