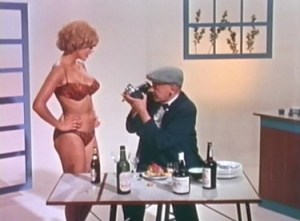 As part of their “Sinister Pop” exhibition, the Whitney Museum will present “Dark and Deadpan: Pop in TV and the Movies,” “exploring subversive currents in cinema and television during the Pop art movement.”

Screening in the museum will be Lyndon B. Johnson’s campaign commercials, footage of the Apollo 11 moon landing, David Lynch’s The Alphabet and the 1960 trailer for Breathless by Jean-Luc Godard, among many other things. The show is curated by Chrissie Iles and Jay Sanders.