Assemblyman John Wisniewski (D-19) weakened himself in his own district by backing losing candidate Billy Delgado in the Perth Amboy mayor’s race and now scrambles to avoid the payback-inducing machinations of Woodbridge and Perth Amboy.

Despite his local challenges, the chair of the state party told PolitickerNJ.com he’s not done, and still entertains a possible run for governor.

“I have every confidence I’ll win if I choose not to run for governor and run for the Assembly again,” Wisniewski declared. “I don’t want to sound presumptuous, but I have good relations with committee men and women, and it’s hard to make a good argument against the southern part of the district having the representation that I offer.”

“Being involved in state government for 17 years, watching the succession of governors in office, and understanding the problems the state faces, I think I could do a better job,” said Wisniewski, pointing out that does not mean he’s running.

“Remember what we did in redistricting,” he said, referring to the victory he and allies personally secured. “This is a blue state, a Democratic state. The map reflects that. The dynamic of the electorate is not going to change.

“I think there are two different things here,” Wisniewski added. “First of all, long coattails are a rarity in American politics. Second of all: two words. George Bush. He had a 92% approval rating coming out of the Gulf War, it was an era of good feeling. But fortunes change, polls are ephemeral, as he found out when Bill Clinton won.”

Wisniewski insisted that no one else’s decision making regarding gubernatorial politics will impact his own intentions, but as an organization person, the political reality is the state party chairman is closely watching Newark Mayor Cory Booker and state Senate President Steve Sweeney (D-3), both of whom appear to be feeling out their own gubernatorial bids.

Sources say Sweeney could run if Booker doesn’t run, and Wisniewski would be more likely to run if both Booker and Sweeney don’t run. In any event, Wisniewski, if he opts for a gubernatorial bid, would likely have to stare down a fellow Middlesex competitor in the process.

Chopped out of party power last year, state Sen. Barbara Buono (D-18) appears ready to go regardless of what anyone else does.

Her own gubernatorial bid would put her state Senate seat in play, and sources say Assemblyman Pat Diegnan (D-18) and Freeholder Jim Polos are already positioning themselves to succeed her. 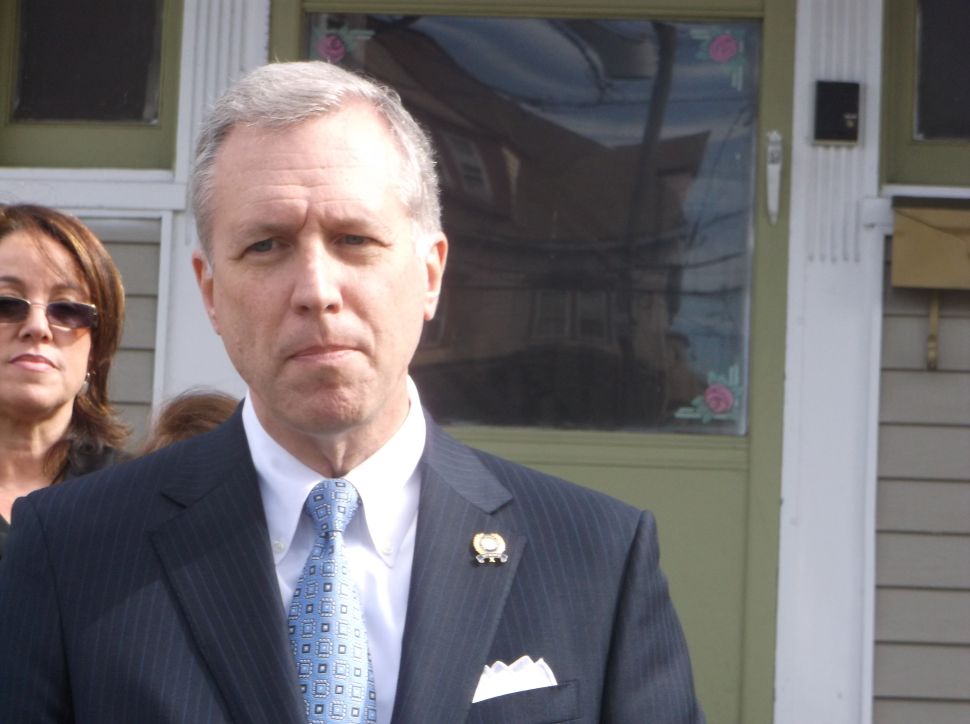