Roughly a year ago, Percolate shrewdly changed its focus from helping users find the most relevant top stories toward a (more profitable!) service that helps brands figure out the most compelling content to push out to their followers–a process that starts by helping them interest graph, something that comes more naturally to humans.

The company now boasts a staff of 28 and more than 30 Fortune 500 clients. It has also achieved something of a startup novelty: profitability! The company’s cofounders, Noah Brier (formerly of the Barbarian Group) and James Gross (formerly of Federated Media) have the right pedigree to assist their blue chip clientele.

By phone, Mr. Gross attributed Percolate’s growth to “a rapid rise in social,” he said. “For a long time marketers were waiting out to see if Facebook was going to be the zero sum game should they just focus on Facebook.” But with Pinterest, Twitter, and Tumblr, “brands acquire audience in these channels and then they have to sustain and communicate with their audience in these channels and tumbl and tweet and Facebook all day long.”

Demand has outstripped even Percolate’s aggressive forecasts. “Marketers need technology solutions that relate to social,” he explained. “It’s less about buying media and more about buying technology to help their operations.”

Silicon Alley tends to specialize in companies that address the socialization of everything for enterprise customers. But Percolate stands out because it’s “the only software that doesn’t assume the brand knows what they wants to say,” Mr. Gross said. “Social is full of empty boxes, a status update on Facebook, what do I tweet about, a Tumblr box, Pinterest box, and what we’re trying to help the brand do is fill it with the right content that they can create in real-time.”

In talking to marketers, he explained, “The biggest problem they have is that they’re going from  a production model where they create things like television commercials and billboard ads and they’re moving to a content model where instead of creating something every 3 to 6 months like a TV commercial is, they need to create something every 3 to 6 minutes. They don’t know what to put into that blank box.” The biggest publisher on Facebook, he pointed out, is Coca Cola with 52 million fans. “If you think about it, these brands are massive publishers in these channels and of course what we know is that the bigger the audience, the more content you need.”

So in essence, Percolate is helping brands do what the rest of us do everyday. “This is how you and I, as people who tweet and tumbl all day long, consume content,” based on our interest graphs. The company’s software figures out “the things they should be following to create content around and be relevant in real time.” Mr. Gross offered the example of Intel posting a photo mash-up of the Intel robot against the backdrop of the “Gangam Style” video or Oreo taking the cookie “which is their most valuable asset, and placing it against things that are happening that day like the Mars Rover or gay pride.”

The transition for Percolate’s clients is moving from stock to flow. “The idea of ‘stock and flow’ is that brands are traditionally good at creating what’s called stock content. They’re like durable assets–it’s content that’s based on very slow moving trends. This is the content that’s created traditionally like television commercial you should know an agency studies trends and research and then you create a big piece of media from that. The average television commercial costs about 3 to 5 million dollars to create and 18 to 22 weeks to create and then it stays in market for 3 to 9 months.” That kind of thing brands excel at, but they’re less sure-footed when it comes to flow.

“Where our technology really helps in the systemization standpoint. If you’re a multinational global brand and you support 35 markets which means you support 35 languages stuff like that, then you need to do that at sort of a local relevant level as well. You can sort of see where brands are dealing with these massive challenges globally,” he said. Chief marketing officers want to be able to do through technology “as opposed to the infinite amount of people you’ll need to hire in order to reach the 15 million people you reach from a social audience perspective.”

But don’t mistake Percolate’s ambition or investment from GGV Capital–partner Jeff Richards will be joining the company’s board–as a sign that it will follow Buddy Media’s acquisition strategy.

“The big thing we liked about Jeff is that he sees the tremendous opportunity in social and he sees the tremendous opportunity in the marketer becoming the person that takes over social and is buying software to scale their organization.” Rather, the model Mr. Gross is looking to comes from the private markets. “I admire companies like Bloomberg, which is a private company but the way they’ve built that company for the past 20 some odd years, they have a very different model, they run from a software perspective. From a lot of financial models in New York City, it’s something we emulate.” 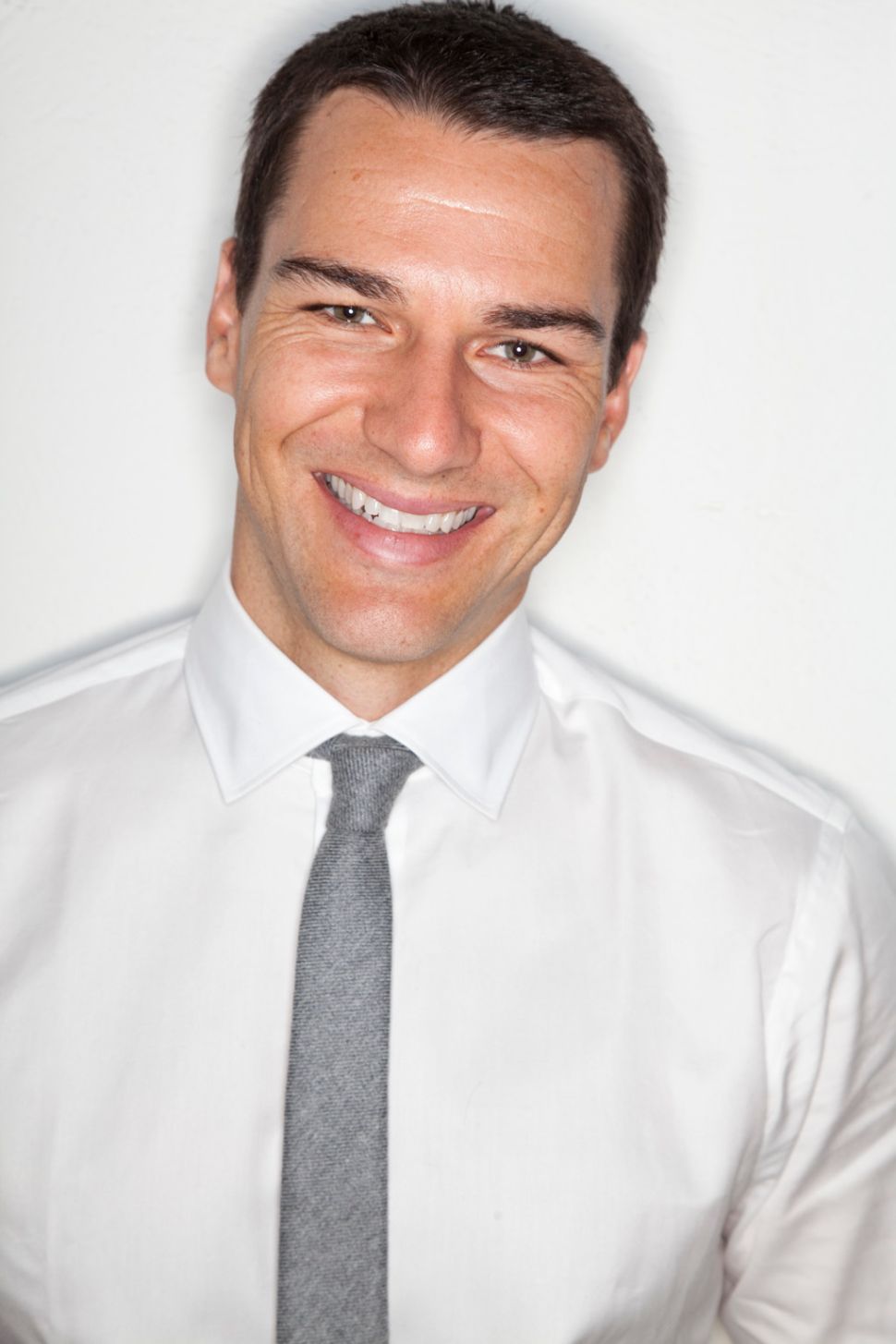