The irony of U.S. Rep. Scott Garrett (R-5) wriggling through Election Day without a serious challenge infuriated Democrats who had reason anew to bewail Steve Rothman’s decision to forego a general election showdown with Garrett.

Rather than run a general election campaign against the Sussex County Republican congressman in a GOP-edge district on paper, Rothman faced fellow Democrat Bill Pascrell, who retired him.

The irritable off-the-record reasoning by party members runs as follows: if Gussen came that close with no money and zero name ID, what might Rothman have been able to accomplish?

“Considering Obama’s margin of victory in New Jersey, maybe he could have done it,” said Patrick Murray, political scientist and pollster with Monmouth University.

Short of name ID and money comparable to an incumbent congressman, very few challengers would have had a shot, Murray added.

Throw in the wind assist – literally – of Hurricane Sandy underscoring the role of FEMA – and Rothman would have had the perfect platform to chop down Tea Party darling Garrett, the state’s lone movement conservative and only congressman to vote against more disaster relief.

“What a royal screw-up,” moaned one Democrat, speaking on condition of anonymity.

A familiar figure sat in the bar at the Heldrich Hotel Tuesday night, a few steps away from where Dean John Farmer picked the Republican Map that sliced Rorhtman’s district out from under him, and left him wavering between 9 and 5 before trying to tackle fellow Democrat Pascrell and instead getting kayoed himself.

Rothman Campaign strategist Paul Swibinski looked up from his drink.

“I don’t want to comment on that,” he told PolitickerNJ.com later when asked if Rothman would have been better off combating Garrett.

During the brutal primary he waged against Pascrell, Rothman made it clear he didn’t want a district that would have forced him to wrestle even more fitfully with Republicans. He had weathered Tea Party hazing during the heatlhcare debate and if he could help it he wanted less – not more – of such inter-party wrangling.

He likened Paterson to what Englewood was once, and told PolitickerNJ.com he wanted the challenge of confronting issues integral to urban Democratic life.

He didn’t want to debate the 2nd Amendment with Sussex County and feel himself badgered righward in order to ensure general re-election victory every two years.

A schizophrenic district worried him.

He just didn’t want it, he insisted. 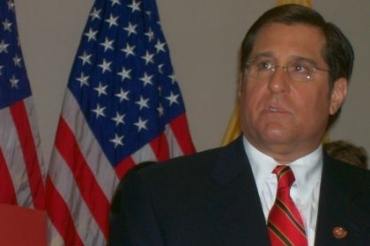