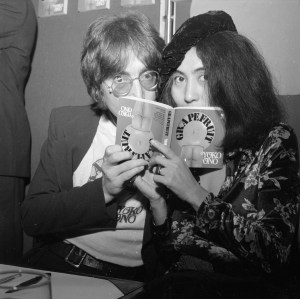 When Gallerist last checked in with Yoko Ono, last month, she was being honored at the Brooklyn Museum’s annual Women in the Arts luncheon. Now there’s news, via Artlyst, that Ms. Ono will serve as director of the next Meltdown Festival, the annual 10-day music festival at London’s Southbank Centre. It runs next year from June 14 to June 23.

Ms. Ono follows in the footsteps of an impressive line of Meltdown directors that includes Patti Smith, Nick Cave (the musician, not the artist) and David Bowie. There’s no word yet on what she has planned for her edition.

In other Ono news, those in the mood for a large helping of her work should book tickets for Frankfurt early next year. The city’s Schirn Kunsthalle will present a retrospective devoted to her from Feb. 15 through May 12.

New Yorkers, take heart, there’s some Ono close to home right now: a handsome little text work on view in “In Deed: Certificates of Authenticity in Art” at Soho’s newly renovated Drawing Center. (That show opens to the public tonight!)

Congratulations on the appointment, Ms. Ono!