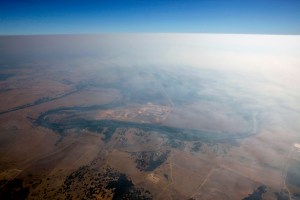 Multiple-curator biennials are really having a moment! This year’s just-closed Gwangju Biennale had six artistic directors. Next year’s Whitney Biennial will have three. The upcoming Carnegie has three. And now the 2013 Texas Biennial will apparently have no fewer than 13 (or 14, depending on how you want to count a collaborative pair). The news was reported by D Magazine, which we found out about via Artforum.

Those curators are as follows:

— Christian Gerstheimer, curator of the El Paso Museum of Art in Texas

— The team of Teresa Hubbard and Alexander Birchler, artists and faculty at Bard College and the University of Texas at Austin

— Annette Lawrence, artist and professor at the University of North Texas

— Christina Rees, curator of the Texas Christian University in Fort Worth

— Dario Robleto, artist based in Houston

— Clint Willour, curator of the Galveston Arts Center in Texas

The exhibition will include programming in Austin, Dallas, Marfa and San Antonio. Lots to see! Book your tickets for Sept. 5 through Nov. 9.